In the past many Sanskrit works were translated into Persian and other Indian languages so as to reveal the glory of the Sanskrit language and its literary output. This book presents details of the Urdu translations covering the Vedic literature the Puranas and classical works on various subjects.

Sanskrit literature is a vast tradition, its literary activity being one of the oldest in the world. In the past, many Sanskrit works were translated into Persian and other Indian languages so as to reveal the glory of the Sanskrit language and literary output to all. This book is an attempt to present Urdu translations of Sanskrit literature. The translations include the Gayatri mantra and a few random lines/verses from the Arthashastra, the epic literature especially the Bhagavad Gita, Kalidasas plays, Bahrtrharis Shatakas, the Yoga Darshana of Patanjali and the Kapila Sutras on Sankhya philosophy, in a simple manner and with clarity. It includes a detailed list of various works of Sanskrit translations into Urdu covering the Vedic literature, the Puranas, Sanskrit classical literature like the epics, drama, lyrics, poetry, prose, romance, popular tales and scientific literature on grammar, phonetics, medicine, the law, astronomy and mathematics. Shaik Abdul Ghani
1970
Shaikh Abdul Ghani is a scholar of Sanskrit and Hindi who has combined his knowledge of them along with that of Urdu to come up with research works on the contribution of Muslims to Sanskrit literature and inter-lingual translations.
Books of Shaik Abdul Ghani 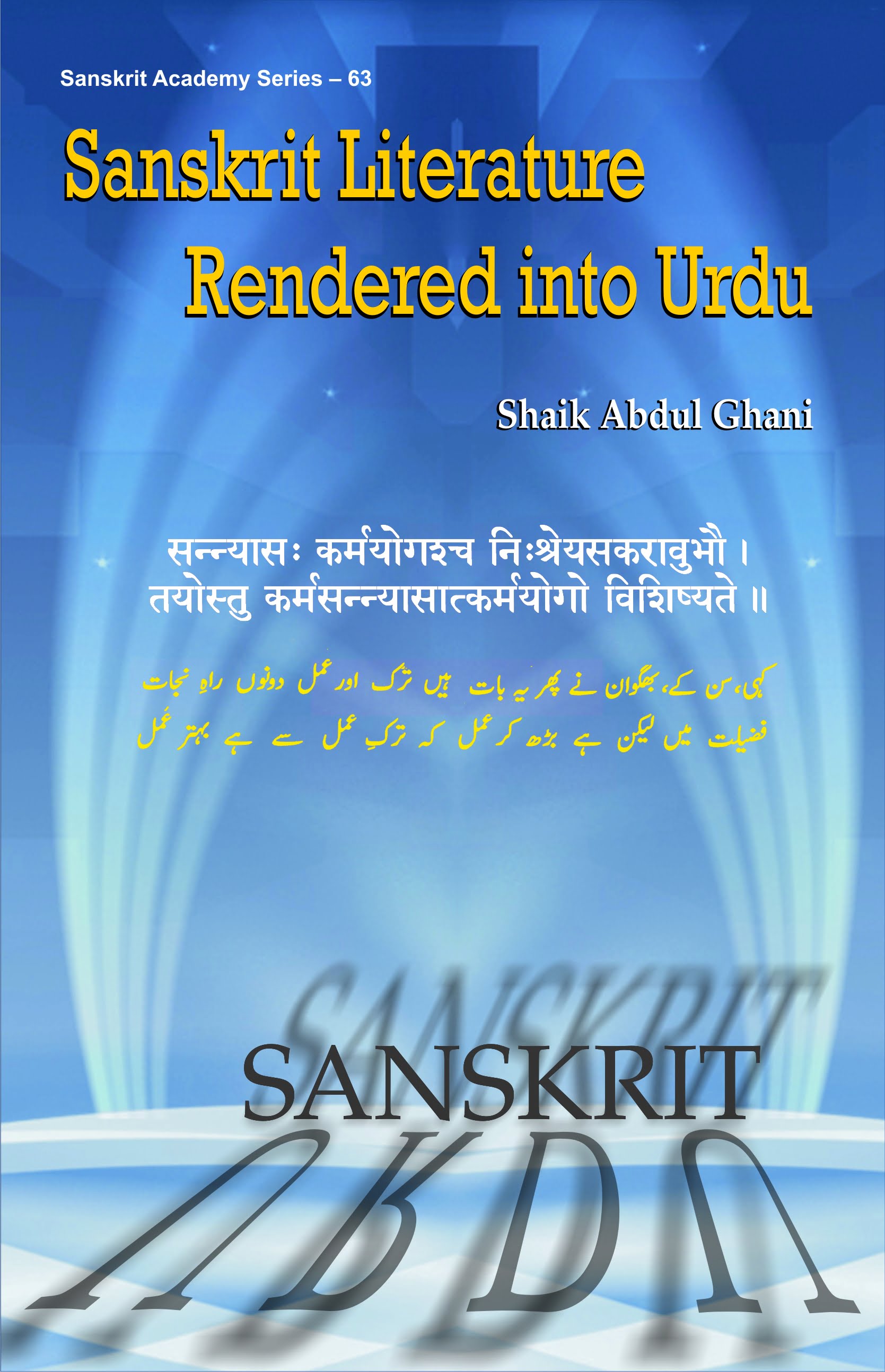