A Shiksha of the Taittiriya School by: Deepro Chakraborty

Atreyashiksha holds a unique position in the corpus of the Shiksha literature. It shows that the main aim of the text is to explain the practical aspects of the different ways of Vedic recitation, in whose connection it describes the theoretical elements of Shiksha too. The phonological rules, most of which are expressed in the Taittiriya Pratishakhya, are also illustrated in this text.

Atreyashiksha is one of the Shiksha texts of the Krishna-Yajurveda, Taittiriya school. This text has been critically edited and translated consulting two palm-leaf manuscripts which are currently the only discovered manuscripts of this text in public libraries. Shiksha texts deal with phonetics and phonology of the Vedas and the method of proper pronunciation and recitation. The Atreyashiksha is well-structured in terms of arranging its topics of discussion.
When compared to the other Shikshas of the Taittiriya school, the Atreyashiksha, in keeping its focus on the discussion on the different methods of Vedic recitation, namely, word-reading (padapatha), sequential reading (kramapatha), tangled reading (jatapatha) and the five varieties of the reading of the phonic sequences (varnakramas), holds a unique position in the corpus of the Shiksha literature. A close reading of the text shows that the main aim of the text is to explain the practical aspects of the different ways of Vedic recitation, in whose connection it describes the theoretical elements of Shiksha too.
The book, therefore, serves as a practical guidebook to Vedic reciters who recite the above-mentioned readings of the Taittiriya Krishna-Yajurveda along with the continuous reading. While describing the methods of recitation, the Atreyashiksha gives enough emphasis on the theoretical nuances. The phonological rules, most of which are expressed in the Taittiriya Pratishakhya, are also illustrated in this text. This book consists of a detailed introduction, the critically edited text in Devanagari script, its Roman transliteration and an authentic English translation.

Foreword
Preface
Transliteration key
Abbreviations
Chapter I: Introduction
1.1. Shiksha
1.1.1. Shiksha as a Vedanga
1.1.2. Subject Matter of Shiksha
1.1.3. Shiksha vs Pratishakhya
1.1.4. Available Literature in the Field of Shiksha
1.2. The Atreyashiksha
1.2.1. Shiksha vs Shiksha
1.2.2. Three Different Atreyashikshas
1.2.3. The Original Atreyashiksha
1.2.4. Structure of the Text
1.2.5. Subject Matters
1.2.6. Affiliation to the Krishna-Yajurveda of the Taittiriya School
1.2.7. South Indian Origin
1.2.8. Authorship
1.2.9. Date
1.3. Description of the Manuscripts
1.3.1. Ms H
1.3.2. Ms T
1.3.3. Stemmatics
1.4. Methodology
1.4.1. Critical Apparatus
1.4.2. Roman Transcription
1.4.3. Translation
Chapter II: Critically Edited Text: Atreyashiksha
Atreyashikshakarika
Atreyashikshamulam
Chapter III: Transliteration and Translation
Atreyashikshakarika
Atreyashikshamula
Explanatory Rules and Terms
The Topic Related to Samhita
Fruit of Vedic Recitation
System of Vedic Recitation
Discussion on Intermission in Vedic Recitation
Mode of Speech
Definition of Word-Reading
Definition of Sequential Reading
Definition of Tangled Reading
Definition of the Phonic Sequence
Discussion on Duplication
Increment
Adjacent Imposition
Insertion
Twin Phones
Prevention of Twin Phones
Final Nasal Stop
Prevention of Duplication and Increment
The Topic Related to Anaptyxis
Appellations of the Anaptyxes along with Examples
Definition of Hiatus and Its Appellations
Examples of Hiatus
Intermediate Nasal within a Hiatus
Nasally Modified Protracted a-Vowel
Nasally Modified Long a-Vowel
Topic Related to Circumflex and Acute Tremulous
Modification and Originality
Nasalization and Pulmonic-ness
Intermediate h within a Hiatus
Rule for h and h
Stability in Juncture
Proper Names of the Phones [Designated] without Vowel
Pure m
Definition of Om
Prevention of Euphonic Change
Definition of Accentual Phonic Sequence
Appellations of (the Accents that) Begin with Acute
Definitions of the Seven Circumflex Accents with Examples
Varieties of the Manners of Articulation of the Circumflexes
Definition of Moraic Phonic Sequence
Definitions of Moraic Time Durations
Discussion on the Recitation of Moraic (Phonic Sequence)
Definition of Adjunctive Phonic Sequence
Definition of Adjunct
Definition of Adjuncts of Subsequent and Antecedent (Vowel)
Accurate Description of the Recitation of Adjunctive Phonic Sequence
Etymology of the Term Varnasarabhutavarnakrama
Order of Attributes of the Phones
(Order of Attributes) in the Contexts of m, Anaptyxis, Tremulous and Nasally Modified Protracted a-Vowel
Section on the Origin of Sound
Its Types
Situation of Stomach Fire inside the Body in the Section on Determination of Speech Sound
(Aspects such as) Location, Situation of the Vital Airs Starting with Respirational Air
Speciality of Their Gross and Subtle Activities
Types of Speech Sound
Phones Originated from Them
Discussion on the Places of Articulation and Articulators of the Phones
Various Manners of Articulation of the Phones
Definition of Deities
Definition of Class
Designations of the Phones
Precept Regarding the Deities of (the Accents) Beginning with the Acute
Class
Qualities
Feature of Manual Demonstration of Accents
Fruit of Accentual Demonstration
Conditions of Organs, etc.
Determination of the Notes Beginning from ?a?ja
Place of Origin of the Accents Beginning with the Acute
Fruit of Vedic Studies
Magnificence of the Veda
Harm Done for not Studying (the Veda)
Fruit of the Comprehensive Study of the Veda
Appendix I: Index of Half-Verses
Appendix II: Index I: References Used in This Book
Index II: Important Terms Occurring in Atreyashikshamula
Appendix III: English Equivalents of Some Important Sanskrit Terms Used in Atreyashikshamula
Appendix IV: The Text in Grantha Script with the Spellings Found in the Manuscripts
Appendix V: The Atreyashikshamula and Taittiriya Pratishkhya: Comparative References
Bibliography 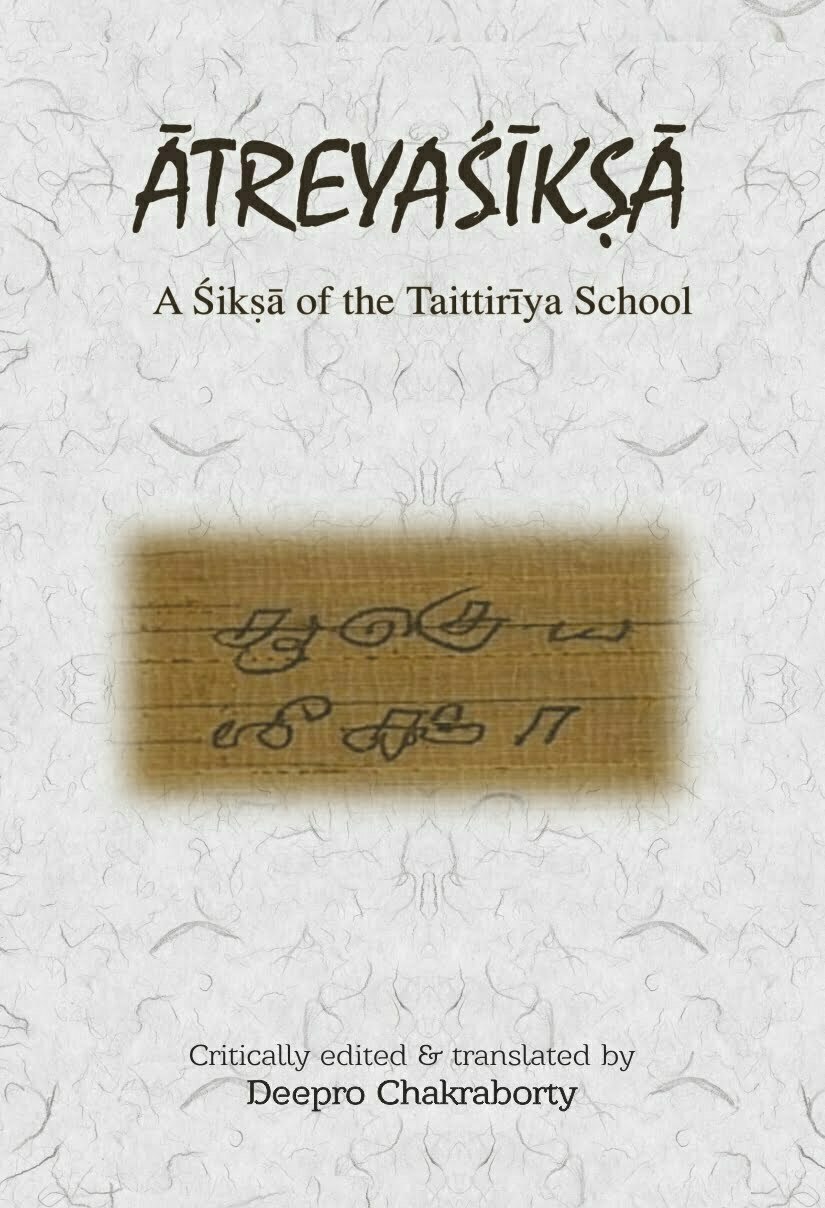