The book studies, in two volumes, the traditional concept of Hindu marriage as a sacrament, analysing the validity of the reasons for incorporating the provision of divorce in the Hindu Law. It discusses divorce laws in the global perspective and analyses statutory divorce in Hindu Law.

The book is a detailed study (in two volumes) of the traditional concept of Hindu marriage as a sacrament, analysing the validity of the reasons for incorporating the provision of divorce in the Hindu Law. Relying on a variety of original and secondary sources -the juridical literature of ancient texts like the Vedas, Dharmasutras and works of eminent scholars on the subject, it first examines the status of women under Shastric law: her exalted position in family and society and the constraints imposed upon her. Showing how the concept of divorce is based on recognising marriage as a contract rather than a sacrament, this scholarly work discusses divorce laws in the global perspective and makes a detailed analysis of statutory divorce in Hindu Law, particularly the grounds for divorce and its statutory evolution. Dr. Kohli considers crucial concerns related to secularisation of marriage, the Western cultures influence on the social upheaval in Indian society, and whether divorce is the solution to effectively address the social evils against women. Maintaining that Hindu marriage is still a sacrament despite inclusion of divorce-related provisions in the Hindu Marriage Act, 1955, he recommends abolition of divorce laws for their disastrous results on the society or, at least, a review of these laws. Quoting from diverse original Sanskrit works and giving. their English translations as well for a better understanding of the modern law, the book will be extremely useful for law and Dharmashastra scholars and students and those interested in a study of the divorce laws in the Indian context.

Preface
Acknowledgements
Abrreviations
Transliteration Chart
Introduction
Objects of the Study
Recent Developments
Objective of Research
Hypothesis of the Study
Research Methodology
Material Surveyed
Scheme of Chapterisation
1. Status of Women
Concept of Aryan Home
Widow and Sati
Subjugation of Women
2. Hindu Marriage : Concept and Nature
Roman Law
Greek Law
Jewish Law
Christian Civilisation
Pre-Islamic Arabia
Hindu Civilisation
What is Samskara?
Duty to Family
Duties of a Householder
Hindu Marriage  Ceremonies and Mantras
The First Ceremony is Mandapa Ceremony
The Second Part is Known as Dvara-puja
Main Yajna
Rastravrit-Yajna
Jaya Homa
Abhatana Homa
Ajyahutis
Panigrahana
Mounting on the Small Stone
Promise for Circle-Round
Homa with Roasted Paddy and Circle Round
Release of Tied Hair
Sapta-Padi
First Step
Second Step
Third Step
Fourth Step
Fifth Step
Sixth Step
Seventh Step
Manu of Marriage
3. Divorce under Hindu Shastric Law
Divorce and Roman Law
Divorce and Jewish Law
Divorce and Pre-Islamic Arabia
Divorce and Hindu Law
What is Divorce
Divorce and Hindu Law
Divorce and Shastric Law
Divorce under Customary Law
Divorce under Statutory Law
Hindu Marriage Act, 1955
Amendments in 1964
Law Commission (59th Report)
4. Emerging Global Perspective
English Law of Divorce
Scottish Law of Divorce
Spanish Divorce Law
New Zealand Divorce Law
Australian Law of Divorce
Divorce Law in Canada
Family Law in Russia
Family Law Reform in Italy
Law of Divorce in Greece
Divorce in Jewish Law
Divorce and Muslim Law
Volume 2
Statutory Divorce Under Hindu Law
Abbreviations
Transliteration Chart
5. Statutory Divorce Under Hindu Law
Adultery
Cruelty
Physical Cruelty
Mental Cruelty
Critical Appraisal
Desertion
Critical Appreciation
No Fault Theory or Other Grounds
Insanity
Leprosy
Venereal Disease in a Communicable Form
Renunciation
Presumption of Death
Irretrievable Breakdown Grounds
Special Grounds of Divorce for Wife
Divorce by Mutual Consent
6. Critical Appraisal
To what Extent Monography has Accelerated the Incorporation of Divorce as a Statutory Provision in Hindu Law
Whether Secularisation of Marriage is in Tune with the Social Scenario and how Far it Contributed to Divorce
How Far the Western Culture is Responsible for Social Upheaval in Hindu Society
Whether Divorce is the Solution to Solve the Social Evils Created Due to Showing Disregard to Women
Outside Cruelty
Inside Disharmony
Gender Equality
Whether Law of Divorce Needs a Fresh Look in View of its Disastrous Results and what Look it should be
Marriage as a Samskara
Marriage as a Status
Consequences of Marriage
Conclusions and Suggestions
It is not the Gender Equality which is at Stake but it is the Gender Harmony which is the Need of the Hour
Social Problem must be Solved by Social Solution
Divorce Law Needs Change
Spiritual Values cannot be Ignored
Protection of Children
Annexure I-IV
Annexure I-XIV
Bibliography
Index Hari Dev Kohli
1931
Dr. Kohli, a specialitst of Hindu Law, is a PhD from Andhra University who has put in years of painstaking research studying the Hindu Law of marriage and divorce.
Books of Hari Dev Kohli 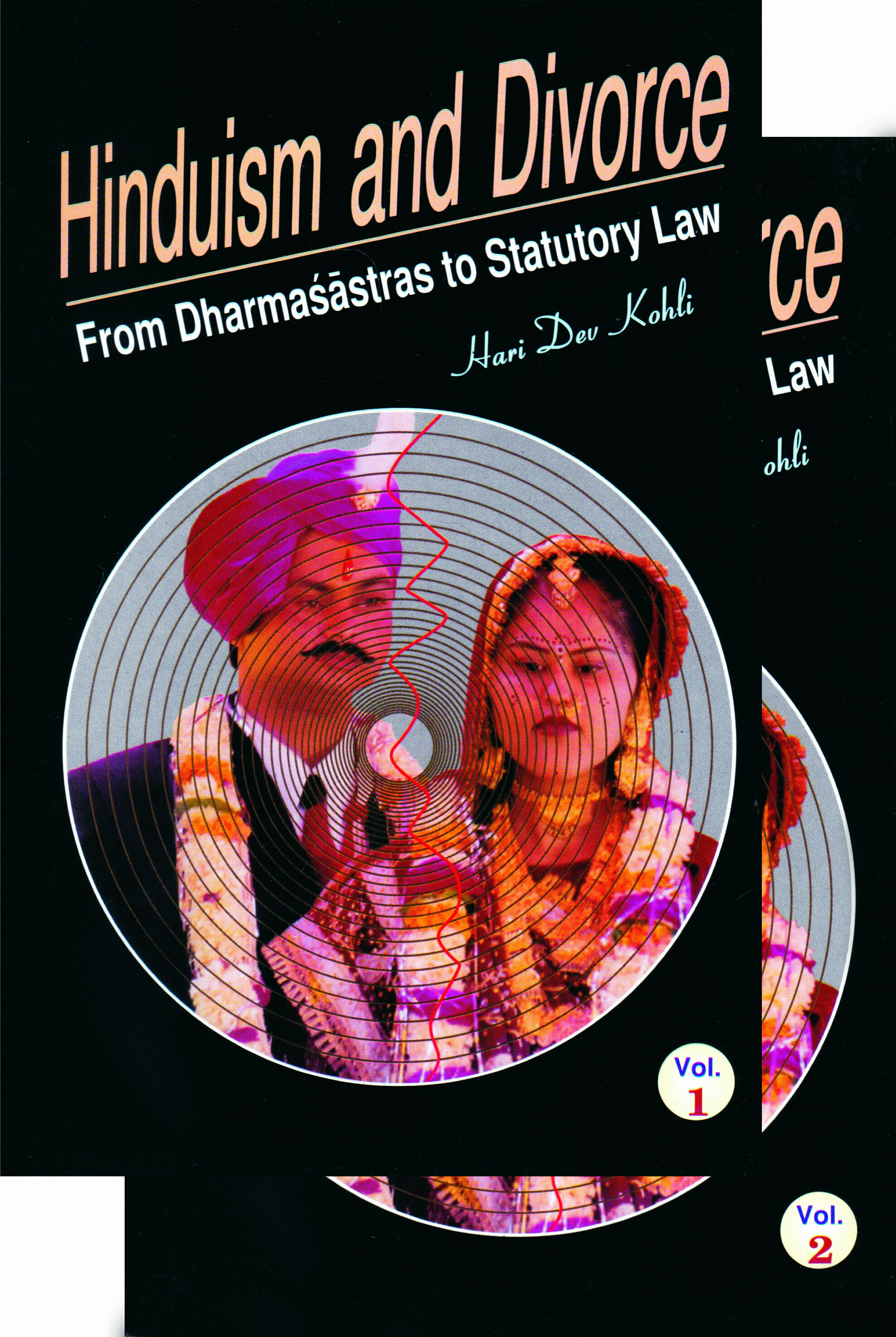