A Study of Time in Indian Philosophy

This book is an authentic study of the distinctly different views on time that have emerged from and have, in turn, shaped the Indian conceptual world. It makes an excellent introduction to the heart of Indian thought. It is considered to be a major contribution as well in cross-cultural philosophical conversations.

This book, based on original sources, is an authentic study of the distinctly different views on time that have emerged from and have, in turn, shaped the Indian conceptual world. Apart from succinctly demonstrating the impact of these views on the exploration and formulation of such basic concepts as those of being, becoming, causality, creation and annihilation, the work has  as critics have acclaimed since its first publication  successfully shown the simple falsity of such clichés that the Indian view of time is cyclic or exclusively illusory. It has been, therefore, observed that this book makes an excellent introduction to the heart of Indian thought. It is considered to be a major contribution as well in cross-cultural philosophical conversations.

Preface to the Fourth Edition
Preface to the Third Edition
Preface to the Second Edition
Preface to the First Edition
Introduction
General Background
Creation, Causality and Time
1. On the Reality of Absolute Time
1.1 The NyayaVaisheshika View
1.2 An Exchange Regarding the Idea of Present Time (Vartamana Kala)
1.3 Is Time Perceived or Inferred? A Debate Amongst the Indian Realists
2. Time as Aspect of Concrete Becoming
2.1 The Samkhya View
2.2 Time as Instant: The Yoga View
2.3 Samkhya and Vaisheshika on Time: A Comparative Note
3. On Time as Appearance
3.1 The Advaita Vedanta Appraisal
3.2 On Refutation of the Reality of Time
3.3 Being as Timeless in Advaita Vedanta
4. On Discrete Time
4.1 Time in Jainism
4.2 The Jaina Challenge to the NyayaVaisheshika Conception of Singular, Ubiquitous Time
5. The Idea of Instantaneous Being
5.1 The Buddhist view
5.2 Some Internal Differences Regarding the Doctrine of Momentariness within the Buddhist Tradition
5.3 Debate Centring on the Buddhist Doctrine of Momentariness (Kshanikavada)
5.4 Annihilation and Time: A NyayaBuddhist Controversy
6. Time, Duration and the Timeless: Perspectives from Philosophy of Language
7. Impact of Diverse views of time
7.1 Time and Consciousness
7.2 A Comparative Note on the Concept of Instant (Kshana)
7.3 The Views about Time and the Problem of Change
7.4 Being and Time
8. Problem of Time in Cross-Cultural Context
8.1 The Early Greek, Jewish and Christian Traditions and the Distinctness of Indian Thought
8.2 A Note on the Cyclic and the Linear notions of Time
8.3 Some Parallel Ideas in the Investigation on Time in Western Philosophy
8.4 The Timeless and the Temporal: Paradox and Predicament
Appendices
1. Time and the Hindu Experience
2. Philosophers discussed in this work and Their approximate dates
Bibliography
Index Anindita Niyogi Balslev
Anindita N. Balslev is a philosopher and an author whose research, teaching and life-experience span over India, France, USA and Denmark. She is the founder of the FORUM CCC. With Master’s degree from Calcutta University and PhD from University of Paris, she has served on the board of reputed international organizations and has herself organized several significant international Cross Cultural Conversation (CCC) conferences. She has been awarded scholarships and fellowships from France, Denmark and India. She is the author of A Study of Time in Indian Philosophy (4th edn, 2019, D.K. Printworld, New Delhi); The Enigma of I-consciousness (2013, Oxford University Press, New Delhi); Cultural Otherness: Correspondence with Richard Rorty (2nd edn, 1999, Oxford University Press, New York); Italian trans Noi E Loro (2001, Il Saggiotore, Italy); Cross-cultural Conversation: A New Way of Learning (2019), Routledge, London & New York). She is the editor of half a dozen books and co-editor of Religion and Time (1993, E.J. Brill, Leiden) and Compassion in the Religions of the World (2010, Berlin: LIT Verlag).
Books of Anindita Niyogi Balslev 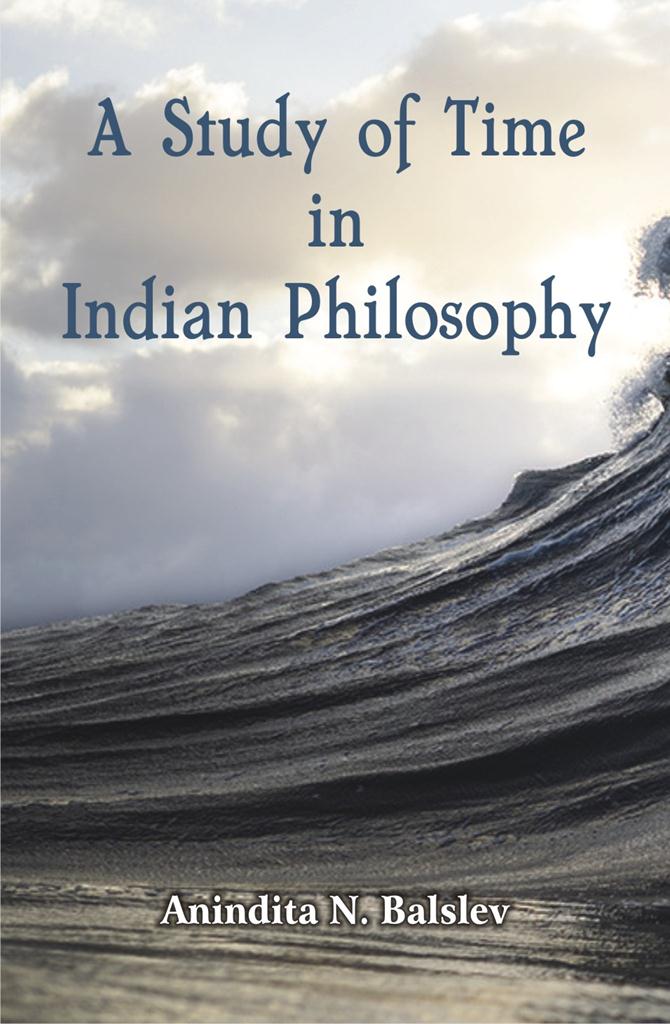 Product added! Browse Wishlist
The product is already in the wishlist! Browse Wishlist
A Study of Time in Indian Philosophy 2019
Related Books
×
Item Added to your Cart!
Continue Shopping
X