This book, felicitating Professor Ashok Aklujkar, throws light on the major areas of Sanskrit and related subjects, such as philosophy, religion, linguistics, poetics, art and sociology. It primarily contains essays exploring the complexities of Sanskrit grammars, Indic linguistic philosophy and the relation between Sanskrit and Pali.

Making any valuable and original contribution to the treasure troves of knowledge and world literature based on serious studies, deep thought, extensive research, intensive literary discourses and experience gained through continued exposure and involvement, is not everybody’s forte. It is for such literary acumen, intrinsic scholastic qualities and other personal attributes that make Dr. Ashok Aklujkar stand out and be regarded as the world-renowned Sanskrit scholar of the modern times in whose honour and appreciation this volume has been compiled and published.
Several leading and gifted scholars from across the world have contributed a wide range of interesting research articles for this special volume that deal with major areas of Sanskrit and related studies such as philosophy, religion, linguistics, poetics, art and sociology. As a befitting tribute to the scholarly interests and attainments, reflected in the published works of Prof. Aklujkar, essays exploring the complexities in Sanskrit grammars and Indic linguistic philosophy take the centre stage in this volume. Good care has also been taken to devote sufficient space to the poetics and the inherent relation between Sanskrit and Pali Þ the two other important areas Prof. Aklujkar has focussed on, from time to time.
In this compendium of assorted and absorbing articles authored by quite senior and well-known scholars of repute, appear alongside an equal number of articles from new generation, young scholars of merit, wherein they have attempted to offer the fruits of their original and critical research work.
The result: a panorama of interesting readings that introduce the reader to the unique diversity and richness of Indology from various vantage points.

PREFACE
A BRIEF BIOGRAPHY OF PROFESSOR ASHOK NARHAR AKLUJKAR
PUBLICATIONS OF PROFESSOR ASHOK AKLUJKAR
ACHARYA, DIWAKAR
The Patravidhi: A Lakulia Paupata Manual on Purification and Use of the Initiates Vessel
ARJUNWADKAR, KRISHNA S.
Gods Place in the Six Orthodox Systems
BAHULKAR, SHRIKANT S. AND DEOKAR,MAHESH A.
Ideology and Language Identity: a Buddhist Perspective
BRONKHORST, JOHANNES
Bhattoji Dikshita and the Revival of the Philosophy of Grammar
CANDOTTI, MARIA PIERA
The Role and Import of the Metalinguistic Chapters in
the New Paninian Grammars
CARDONA, GEORGE
A Note on Vakyapadiya 1.45/46: atmabhedas tayoh kecid
DAS, RAHUL PETER
On Hindu Bioethics
DEOKAR, LATA M.
Some Observations on Buddhism and Lexicography
DEOKAR,MAHESH A.
Some Probable Sanskrit Sources of the Pali Grammarians
with special reference to Aggava.sa
DESHPANDE,MADHAV M.
Bhattoji Dikshitas Perceptions of Intellectual History: Narrative of Fall and
Recovery of the Grammatical Authority
DESMARAIS, MICHELE M.
Close Relations: Pandits, Pedagogy and Plasticity
FUJII, TAKAMICHI
Sentence Meaning as a Causal Process
GEROW, EDWIN
Bengali Vaishnava Aesthetics
GILLON, BRENDAN S.
Exocentric (bahuvrihi) Compounds in Classical Sanskrit
GRANOFF, PHYLLIS
The Art of the Philosopher: Painting and Sculpture as Metaphor
HAAG, PASCALE
I Wanna Be a Brahmin Too. Grammar, Tradition and Mythology as Means for
Social Legitimisation among the Vaidyas in Bengal
HIRANO, KATSUNORI
Historical Significance of the Definition of Universal in the Vyomavati
HOUBEN, JAN E. M.
Grammar & Other Modes of the Mind
KANO, KYO
Blue Smoke: Perceptual Judgment in the Determination of Causal Nexus
KATAOKA, KEI
Is Killing Bad? Dispute on Animal Sacrifices between Buddhism and
Mimamsa
KAWAJIRI, YOHEI
A Critical Edition of the Ishvarapratyabhijnavimarshinivyakhya on
the mangala verse of the Ishvarapratyabhijnavimarshini
OGAWA, HIDEYO
Abstraction (apoddhara) Theory and a Sentence Meaning: A Study of
the Vritti on VP 2.39
OLIVELLE, PATRICK
The Implicit Audience of Legal Texts in Ancient India
POLLOCK, SHELDON
Rasa after Abhinava
SARMA, SREERAMULA RAJESWARA
Avid Mathematician and the Spurned Wife: A Motif from
the Dhammillahimdi
SHARMA, ARVIND
A Textual Variant in the Aitareyopanishad and Its Overlooked Significance for
the Position of Women in Hinduism
SPARHAM, GARETH
Abhisamayalamkara 2.20: on the Difference Between stobha in the Samaveda and
Prajnaparamita
TORELLA, RAFFAELE
Observations on yogipratyaksha
UNEBE, TOSHIYA
Cognition and Language: A Discussion of Vakyapadiya 1.131 with Regard to
Criticism from the Buddhists
VERGIANI, VINCENZO
Bhartrharis Views on Liminal Perception and Self-Awareness
WADA, TOSHIHIRO
Gangesha on the Meaning of Verbal Suffixes (2)
WATANABE, CHIKAFUMI
Madhyamakahrdayakarika III. 147158
YOSHIMIZU, KIYOTAKA
Tradition and Reflection in Kumarilas Last Stand against the Grammarians
Theories of Verbal Denotation
INDEX 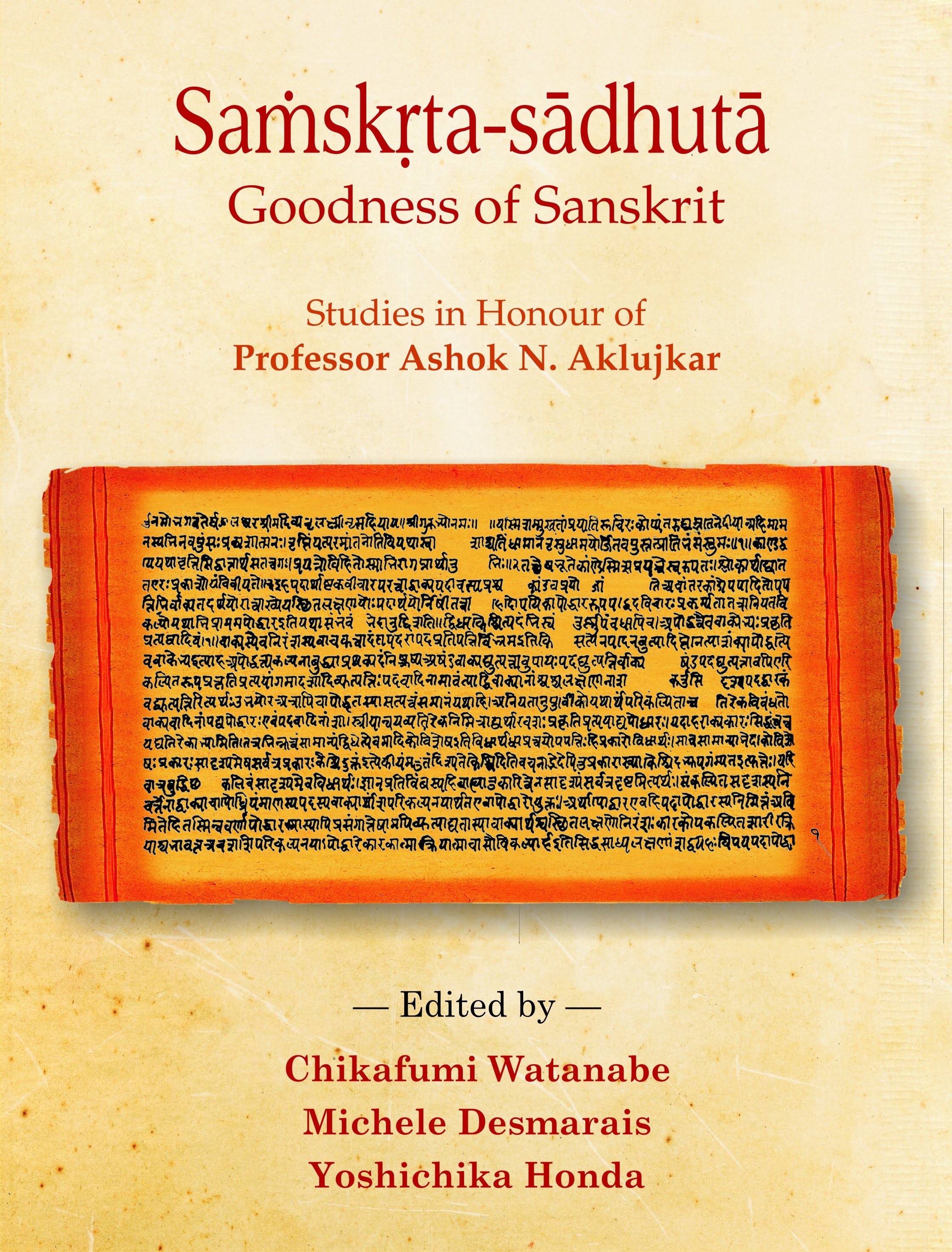 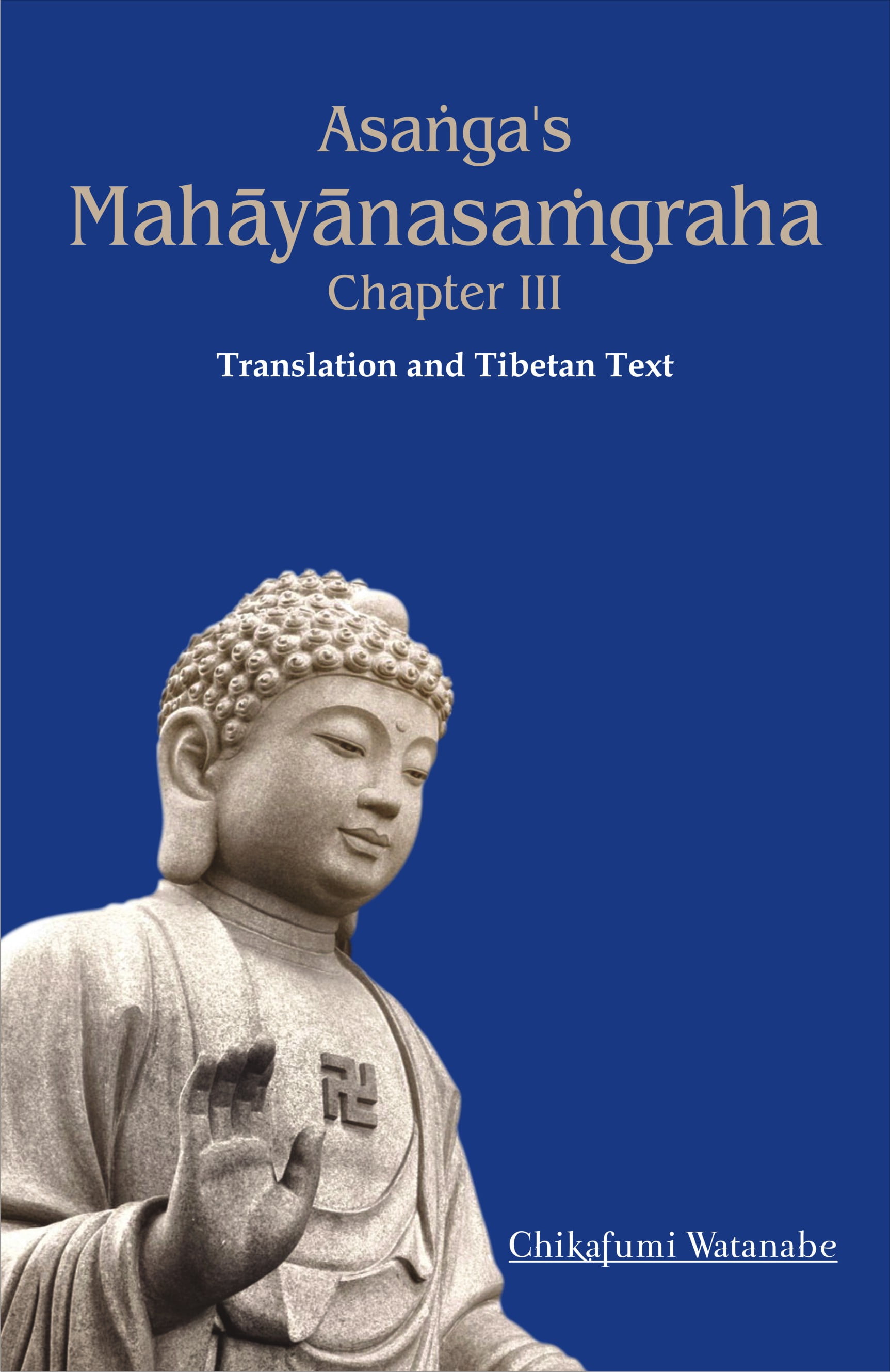