This Volume is the first attempt to cross-fertilize palaeography and linguistics in the ongoing research on Brahma and its daughter scripts used in the present-day India. The palaeographic papers cover the main issues in the decipherment of the Indus Valley script, and the linguistic papers explore the issues of the roots of the orthographic unit akshara in Vedic phonetics. Palaeographers  epigraphists, linguists and computational scientists, will find this volume interesting and useful.

This volume presents the advances in the ongoing research on Brahmi and its daughter scripts used in the present day India. It brings together two main trends: evolutionary-historical development and linguistic grounding. This is the first attempt to cross-fertilize palaeography and linguistics. The palaeographic papers cover the main issues in the decipherment of the Indus Valley script, the origin and evolution of Brahmi, and the palaeographic methods and considerations employed in the decipherment of scripts. These present different trends and arguments of writers on the origin of Brahmi as having been around the Mauryan era or at a much earlier stage, relate to broader historical and cultural issues. They also deal with the need for the use of established and more current palaeographic techniques in classifying regional and stylistic variants of scripts. The linguistic papers in the volume explore the issues of the roots of the orthographic unit aksara in Vedic phonetics, its claim as a minimal articulatory phonetic unit, and the properties of Brahmi as a generative writing system. The philosophical and linguistic underpinning of the concept aksara is shown to thread its use in the varieties of treatises, from the Vedas to phonetic texts. The papers help in providing linguistic evidence for historical accounts of the script as an invention at a given time or as an evolving evolutionary system, apart from relating the development of the script to the linguistic history of India. Palaeographers  epigraphists, linguists and computational scientists, will find this volume interesting and useful.

P.G. Patel
P.G. Patel’s background consists of four and a half years of Lectureship in English at the M.S. University of Baroda, a year with Prof. R.W. Zandvoort at Groningen University, twenty-eight years of research and teaching at the University of Ottawa, and two years in the Neuropsychology Programme with Professor Paul Satz at UCLA, as Visiting Scientist, and The Shastri Indo-Canadian Institute Research Fellowship five times. He was a co-author with D.G. Doehring of Reading Disabilities (Academic Press, 1981). His other books are Reading Acquisition in India: Models of Learning and Dyslexia (Sage India, 2004), Indic Scripts: Palaeographic and Linguistic Perspectives (edited with P.K.S. Pandey and Dilip Rajgor, D.K. Printworld, 2007), and The Brahmi Writing System: Cross-fertilizing Epigraphy, Archaeology and Linguistics (Black and White, 2010). His research articles and book reviews have appeared in standard journals.
Books of P.G. Patel 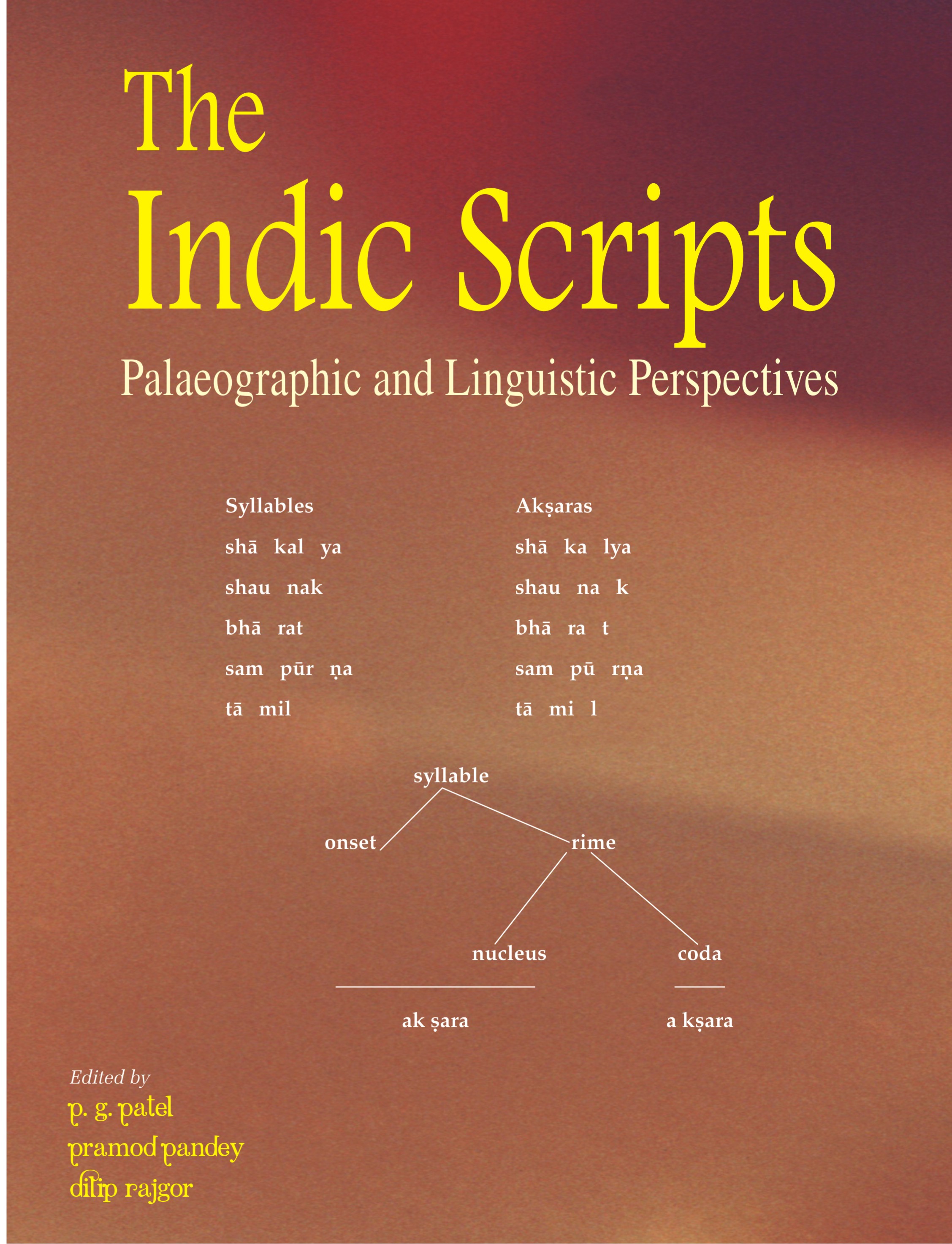 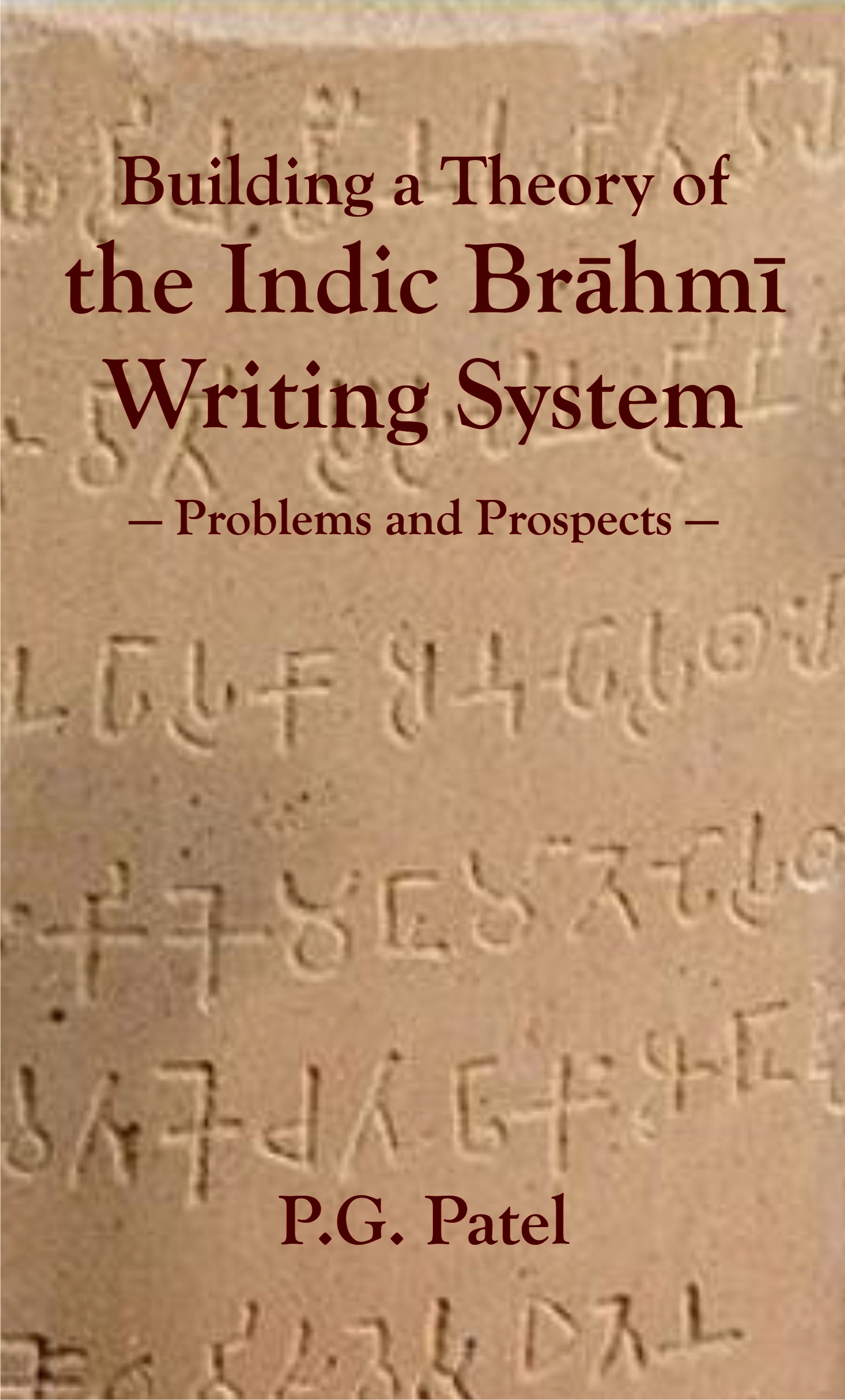 Dilip Rajgor
Dilip Rajgor is a PhD in Indian numismatics, M.A. in archaeology and P.G. Diploma in linguistics. He has contributed sixty research articles to various journals and books. He has also published 13 books on Indian numismatics. Dr Rajgor was awarded the Lowick Memorial Grant of the Royal Numismatic Society, UK in 1991; and the Indological Research Fellowship of the Asiatic Society of Bombay in 1994-95. Presently, he is working as Director of University of Mumbai Dinesh Mody Numismatic Museum, and is editing ICS Newsletter.
Books of Dilip Rajgor