The Musical Messiah by: Kanchan Mathur

A comprehensive and intelligent piece of literature, for all that you yenned to know about the King of Indian slide Guitar, creator of Mohan Veena and Vishwa Veena, Grammy Award winner and a true human being in absolute terms, Pandit Vishwa Mohan Bhatt, complete with his inspirations, aspirations, musings and goals.

Saga of a living phenomenons journey on mesmerisingly melodious musical notes. His fascinating imagination, strengthened by divine interaction, culminated in the innovation of the Mohan Veena and the Vishwa Veena. Embodiment of avant garde thought process, the legend crafted the instruments to express the subtle nuances and intricacies of Indian Classical raags, with perfection. His relentless efforts and soul stirring concerts seasoned by a fine balancing act between Indian Classical and other Global-regional musical styles, catapulted Indian Classical music, to a global stage. A chronicle of all those fusion concerts with compatriot musicians and several globally renowned virtuosos which surrepetitiously slip one into a state of trance, with their resonating acoustics. Recollections of that glorious yet humble soul who helped realize the Great Indian Musical Dream. Reflections on the performances and discography; aspirations and inspirations; musings and goals of a paradigm of musical genius. Here is a comprehensive piece of writing, for all that you yearned to know about the King of Indian slide Guitar, the creator of Mohan Veena and Vishwa Veena, a Grammy Award winner and a true human being in absolute terms  Pandit Vishwa Mohan Bhatt. Kanchan Mathur
1948
Kanchan Mathur completed her honours in English from Delhi University and her B. Ed. from Loresto House, Kolkata. She worked at The Statesman, Delhi and Loreto, Darjeeling, before joining her husband in business, at Jaipur. A lover of music, she found the writing of Pt. Vishwa Mohan Bhatt’s biography, a tempting offer.
Books of Kanchan Mathur 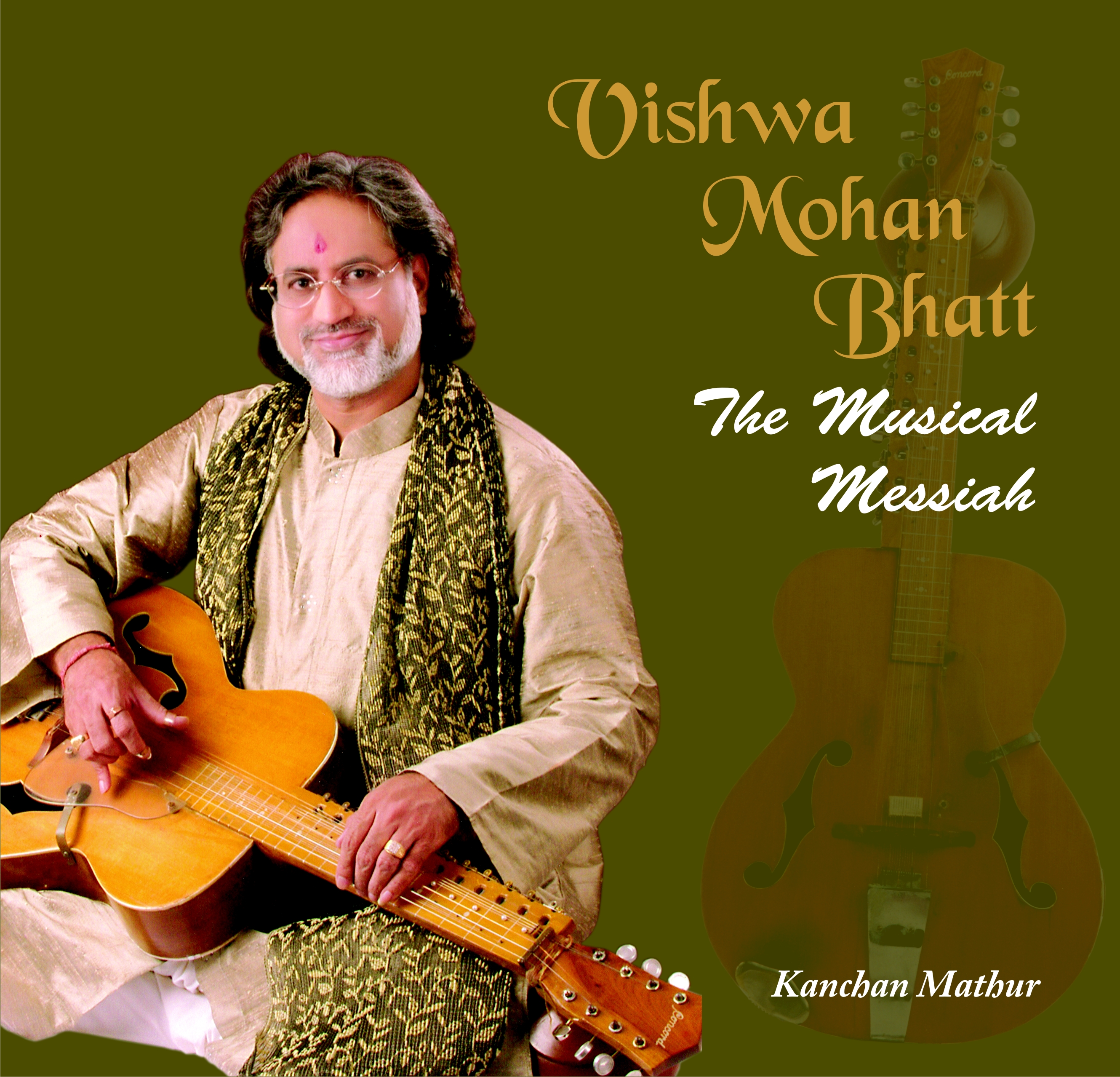