Essays from the Lecture Series of the National Mission for Manuscripts by: Pratapanand Jha

This volume, seventh in the series, consists of twelve papers  eleven in English and one in Hindi  presented by scholars of high repute in different Tattvabodha lectures organized by the National Mission for Manuscripts, presenting varied topics across Indian knowledge system.

The National Mission for Manuscripts was established in February 2003 by the Ministry of Culture, Government of India with the purpose of locating, documenting, preserving and disseminating the knowledge content of India’s handwritten manuscripts, said to be the largest collection of handwritten knowledge documents in the world. While looking ahead to reconnect with the knowledge of the past, the Mission is in the process of trying to re-contextualize the knowledge contained in manuscripts for the present and the future generations.
The Mission launched a lecture series titled Tattvabodha in January 2005. Since then, a monthly lecture series is organized in Delhi and other academic centres all over the country. Tattvabodha has established itself as a forum for intellectual discourse, debate and discussion. Eminent scholars representing different aspects of India’s knowledge systems have addressed and interacted with highly receptive audiences over the course of the past few years.
This volume, seventh in the series, consists of twelve papers Þ eleven in English and one in Hindi  presented by well-known and upcoming scholars in different Tattvabodha lectures organized by the Mission.
The volume finds its merit in varied subjects across Indian knowledge system such as Accessing Manuscripts in the Digital Age; Physics in Ancient Indian Knowledge System; Critical and Comparative Review of the Principal Upanishads; The Concept of Shiva in Shiva-rahasya; The Ramacaritam of Ciraman; Editing of Ayurvedic Manuscripts; The Dravyanamakara Nighantu; Tribal Heritage and Indigenous Philosophical Wisdom of Odisha; Glimpses of Archival Manuscripts; Gandhari: A Key Mother Figure of the Mahabharata; Depiction of Indian Culture in Sanskrit Inscriptions of Cambodia; Phasi Katha-Parampara aura Arabyayamini.
The introductions, interpretations, explanations and analyses involved herein should solicit keen interest among academicians, scholars and students of Indology. 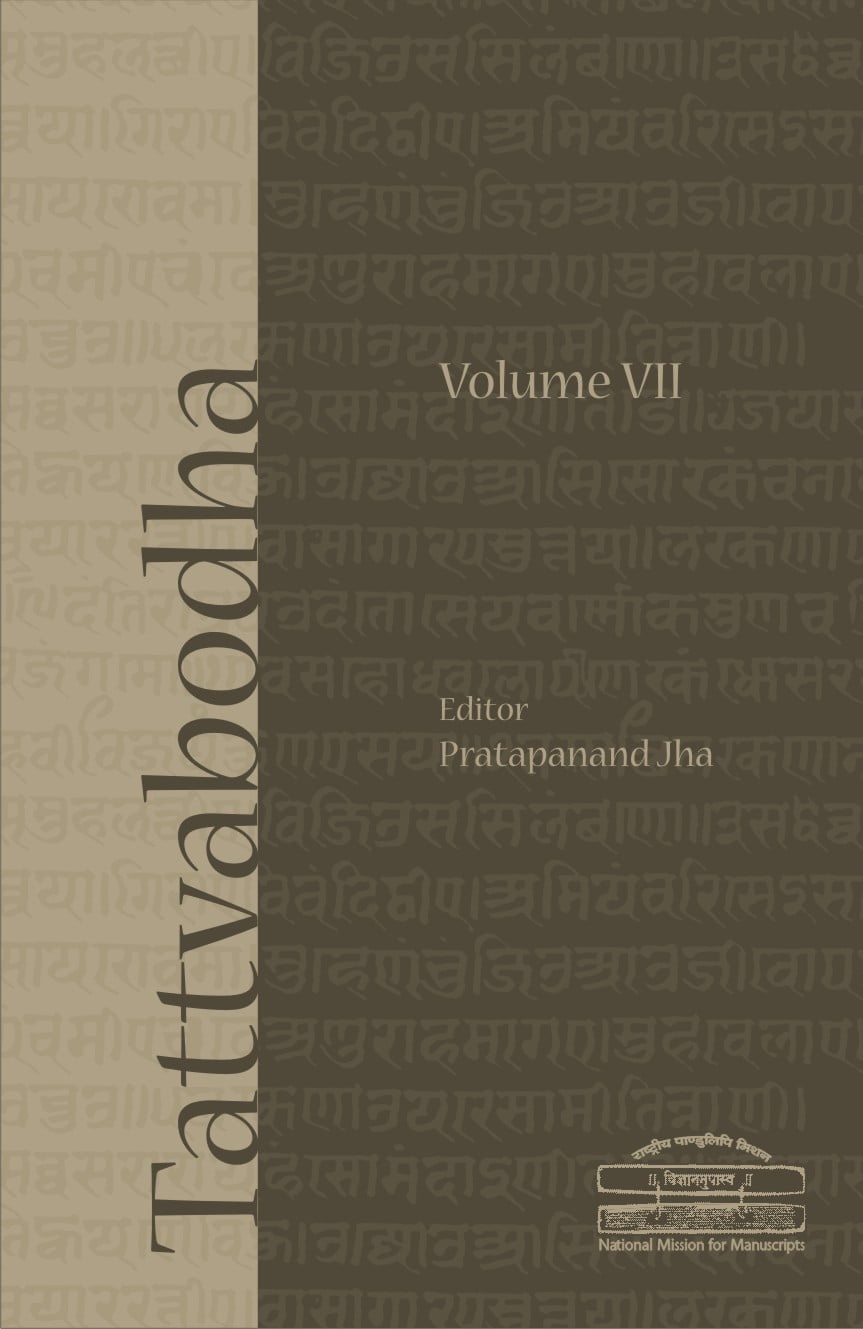