From the Devotion of Peasant Women to the Philosophy of Swamis by: Guy Joseph Poitevin , Hema Rairkar

This book is the first attempt at a systematic cultural-anthropological study of the stonemill tradition  the grinding of the peasant women who singing for ages on their hand-mills have articulated tradition in their work-songs.

Tangible patrimony usually attracts attention and efforts of preservation. Intangible cultural traditions do often go with the winds of history when their social and material setting disappears. Such is the case with the songs that women in India, while grinding before dawn, have kept singing for ages on their hand-mill. Aside from the male society, they hoarded up for themselves a non-material matrimony. Today, though, motor driven flour-mills have put to rest these voices of silence, their legacy remains with them: immense and immemorial, purely feminine and oral, anonymous and personal, collective and intimate. Words from the heart, they glitter like flames in the domestic hearth. This book is the first attempt of systematic cultural-anthropological study of that unique tradition. It offers keys to apprehend it. Why should this tradition, first of all, originate from a shared compulsion to open up ones heart? This differentiates the women singers intentionality from the didactic treatment of pundits and sants who make grinding and grindmill the allegory of an advaitic bhakti. For women  Lakshmis dedicated to serve the Fortune of their family and its lineage  life in plenty is their raison detre. When preachers and swamis advocate a holy insensibility to earthly things and fellow human beings, the work of grinding  epitome of womans office  carries worldly utopias of abundance and reveals a quest for salvation through bonds of affective attachment. Eventually, the study raises radical questions on such crucial concepts as those of bhakti, tradition, the status of popular traditions versus elaborate constructs of literati. The symbolism of the stonemill in religious Marathi literature is constrasted with the experience of grinding of peasant women as the latter articulated it in their work-songs. What is sought is an epistemological insight into the cognitive processes which result in the dialectic blend of affinity and glaring inconsistency that one observes between those two levels of cultural creativity.


Part I
Theological Rationalism
From Namdev to Mahipati
(A Written Tradition of Pundits)
1. Christian Strategy for Indias Salvation
Mahipatis Legacy to Modern Times
Stepping-Stone for Missionaries and Nationalists
A Context of Cultural and Religious Conformation
2. Deliverance from the Pangs of Earthly Life
The Theological Grounds of Hagiography
Kabir, an Ideal of Peace Through Detachment
Allegorical Rationalist Discourse
3. Considerate Love of God for the Lowly
Krishna Condescends to Help and Grind
Krishna Rebukes Outraged Devotees and Saints
4. Mystical Crushing of Duality
Poems of Reference from the Tradition of Saints
Construction in the Abstract of the Grinding Work
Speculative Transfer of Alien Notions
5. Gods Companionship with the Destitute
Janis Songs of Pure Love
An Ambiguous Heritage
Part II
The Flour and The Song
Peasant Women at the Millstone
(An Oral Traditions of Women)
6. The Call to Grind
On their Feet at Cock-crow
Under the Light of Venus
Let Us Grind Spiritedly!
Pure Food, A Spell
7. The Compulsion to Sing
A Frenzy for Singing
Open Up Your Heart!
In Memory of Oneself
The Words and their Intention
8. A Breath of Lakshmi
Fortune as Vocation
A Pleiad of Godly Companions
9. Divine Liberties
Vitthal, the Dearest God-Friend
Vitthal Grinds in Janis Hut
Pilgrims to Pandhari
The Message of Gokulpur
10. Worldly Utopias
Figures of Distinction
Figures of Redemption
Figures of Abundance
Through a Way of Ones Own
A Selective Semantic Re-Investment
Self-Cognition Through Specular Recognition
Part III
The Bonds of Hope
A Set of Attachements as System of Affective Secur
11. Mother and Daughter : Intimate Identification
Fondness
Energy
Delight
Concern
12. Mother and Son : Reassuring Presence
Fulfiment
Play
Full Attention
A Diamond
13. The Daughter-in-law : In Search of Belonging
Torment from Mother-in-Law
Appeased Cooperation
Support from Brother
Routine Companionship
14. Salvation Through Appropriation
Two Figures of Possession
In Quest Of Security
Bhakti, A Structure of Attachment
Conclusion : Epistemological Perspectives
Bhakti and the Devotion of the Peasant Women
A Variety of Historical Motivations
Oral Tradition, a Guarantee of Autonomy
I Tell You, Woman
A Set of Dichotomies
Annexe – 1: Area of Collection: Mawal Corpus
Annex – 2: Western Maharashtra Places and Saints of Bhakti 13th — 18th C.
Annexe – 3: Popular Visual Guy Joseph Poitevin
1934
Guy Poitevin, born in France in 1934, and an Indian citizen by naturalization, settled in Pune in 1972. He obtained his Ph.D. in social sciences from Paris University, with a research on attitudes and aspirations of Indian students from lower social sections. In 1982, he established the Center for Cooperative Research in Social Sciences, Pune, devoted to researches on those social agents and communities whose socio-historical plight, struggle for survival, internal representations and cultural potentialities happen to be overlooked by academic research methodologies. Alternative ways are explored, based on the active cooperation and self-investigation of all those concerned, and geared in one way or the other to social agency.
Books of Guy Joseph Poitevin 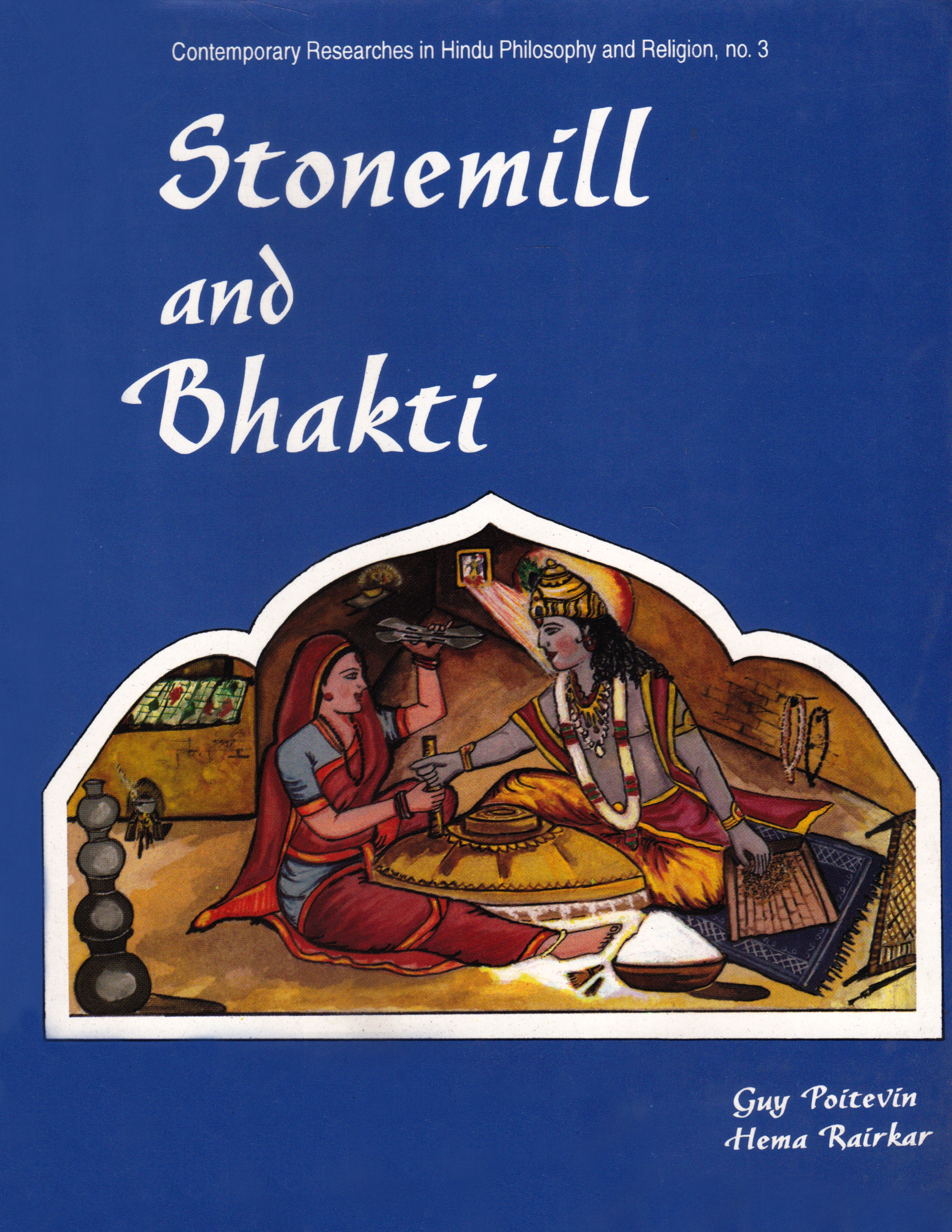 Hema Rairkar
1939
Hema Rairkar, born in Maharashtra in 1939, graduated in Economics. She is actively associated with action-groups of peasant women in villages of Pune district. She follows and facilitates their attempts of self-learning in study-groups concerned with current gender issues. She organises, in particular on the grindmill songs, seminars which bring together social animators, school teachers, professors of Marathi and social sciences, and those peasant women themselves who reappropriate their tradition.
Books of Hema Rairkar