Questioning modern methods of development, this volume discusses from the complex issues of cultural identity to the worldwide human problems stemming from the development-planners unmindfulness of endogenous cultures.

From the post-World War II decolonization to about mid-1980s, mainstream development thinking has focussed on economics, on the one-dimensional abstraction of homo economicus, to the exclusion of all else: specially the socio-cultural context in which development might take place. This divorce of development from culture, however, was poor economics  a hard fact, which the international community has come to discover gradually. experientially. The United Nations too was not found wanting in its shared concern for culture. On 21 January 1988, it launched  under the aegis of Unesco  The World Decade for Cultural Development in its effort to chiefly (a) strengthen awareness of cultural dimension of development, and (b) enrich cultural identities the world over. In the Indian capital, the Indira Gandhi National Centrel for the Arts (IGNCA) has initiated a multidisciplinary discourse on development issues vis-a-vis the whole range of cultural variables and definitions. Which its newly-introduced series: Culture and Development proposes to cover in entirety. Integration of Endogenous Cultural Dimension into Development  Volume 2 of the Culture-and -Development series  takes the discourse on: from the complex issues of cultural identity to the worldwide human problems stemming from the development-planners unmindfulness of endogenous cultures. Carrying 17 presentations of a Unesco-sponsored workshop : 19-23 April 1995 at IGNCA, New Delhi, it questions the modern methods of development which, evolved from the experience of the industrialized world, have brought about neither peace nor harmony, neither alleviation of poverty nor socio-economic equality .Thus arguing why current development processes call for serious rethinking, the authors spell out not only the urgency of integrating endogenous cultural dimension into the paradigms of development, but also the relevance of linking development with the ethical basis of life and living. Also included in the volume are several case studies, with special reference to the Asian situation. The contributors to this volume are reputed scholars, planners and grassroots-level social workers from China, India, Indonesia, Japan, South Korea, Sri Lanka, Thailand, and Vietnam. 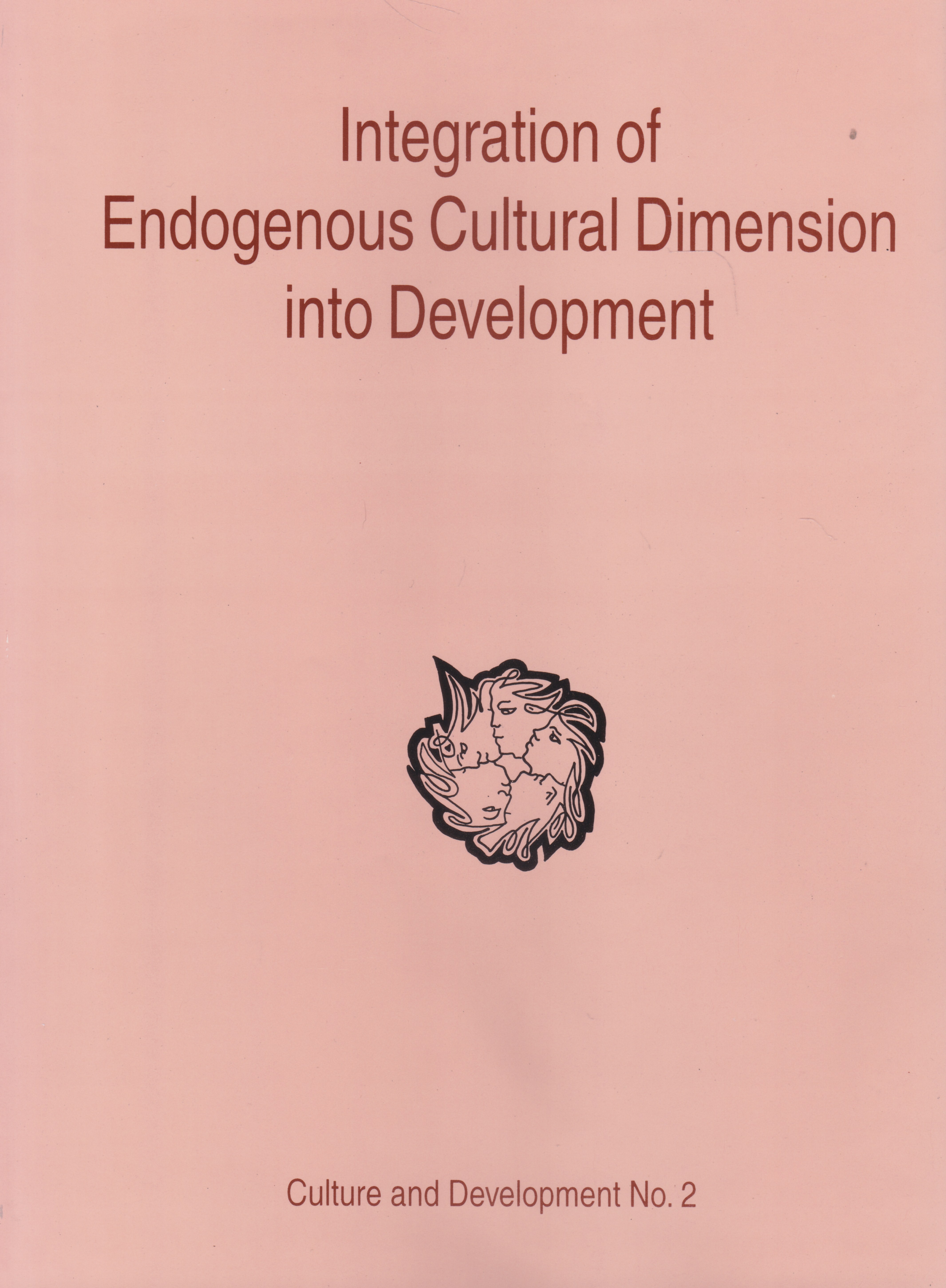