In this first-ever study exploring exclusively Gandhis attitude to Islam, the author puts together many of Gandhis observations about Prophet Mohammed, the holy Quran, and the Islamic faith.

Look at him as we may: whether as an exceptional human being, a modern-age prophet, a unique politician, or a charismatic leader of non-violent movement, Gandhis many-sidedness is proverbial. And, then, he was a religious genius as well  with genuine tolerance and respect for all mankinds faiths. Here is the first ever study exploring exclusively Gandhis attitude to Islam, from his childhood to the last years of his phenomenally eventful life. In thematically focussing on his responsiveness to Islam, Dr. Sheila McDonough addresses a vital question: Why did Gandhi say the things, he did, about Islam? Which leads her to meticulously trace, among other determinants, the intellectual influences that had helped shape Gandhis vision of Islam  the vision he particularly shared with many of his Indian contemporaries. The author, a widely known authority on Islamic Studies, puts together many of Gandhis observations about Prophet Mohammed, the holy Quran, and the Islamic faith to emphasize that his positive, respectful response to Islam was not a matter of political pragmatism, nor a facade to unify Indians at a critical period of their history, but it went far beyond  to a philosophical understanding of the very essence of Islam. Unfailingly convincing, Prof. McDonough combines, in her writing, a rare scholarship with readability that makes her book at once fascinating to both specialists and common readers anywhere in the modern world.

Introduction
1. First Impressions of Islam
2. Challenge in South Africa
3. Challenge in India
4. On the Brink of Independence
5. Responses to Terror
6. Gandhis Image of Islam
Bibliography
Index Sheila McDonough
Sheila McDonough, a McGill’s Ph.D, is an internationally known scholar specializing in Comparative Religion, more particularly Islamics, Her numerous research papers/articles apart, she has already published four books, including The Authority of the Past (1970) and Muslim Ethics and Modernity (1985) - which have evoked enormous interest not only in South Asia, but North America as well. She has also contributed chapters in as many as nine books, including the Encyclopaedia Britannica, new edition, 1972. Among her other faculty, department and external administration positions, she held, in 1972, the office of Resident Director, Shastri Indo-Canadian Institute, New Delhi. Since 1975, Dr. Sheila McDonough has been Professor of Religion at Concordia University, Montreal, Canada.
Books of Sheila McDonough 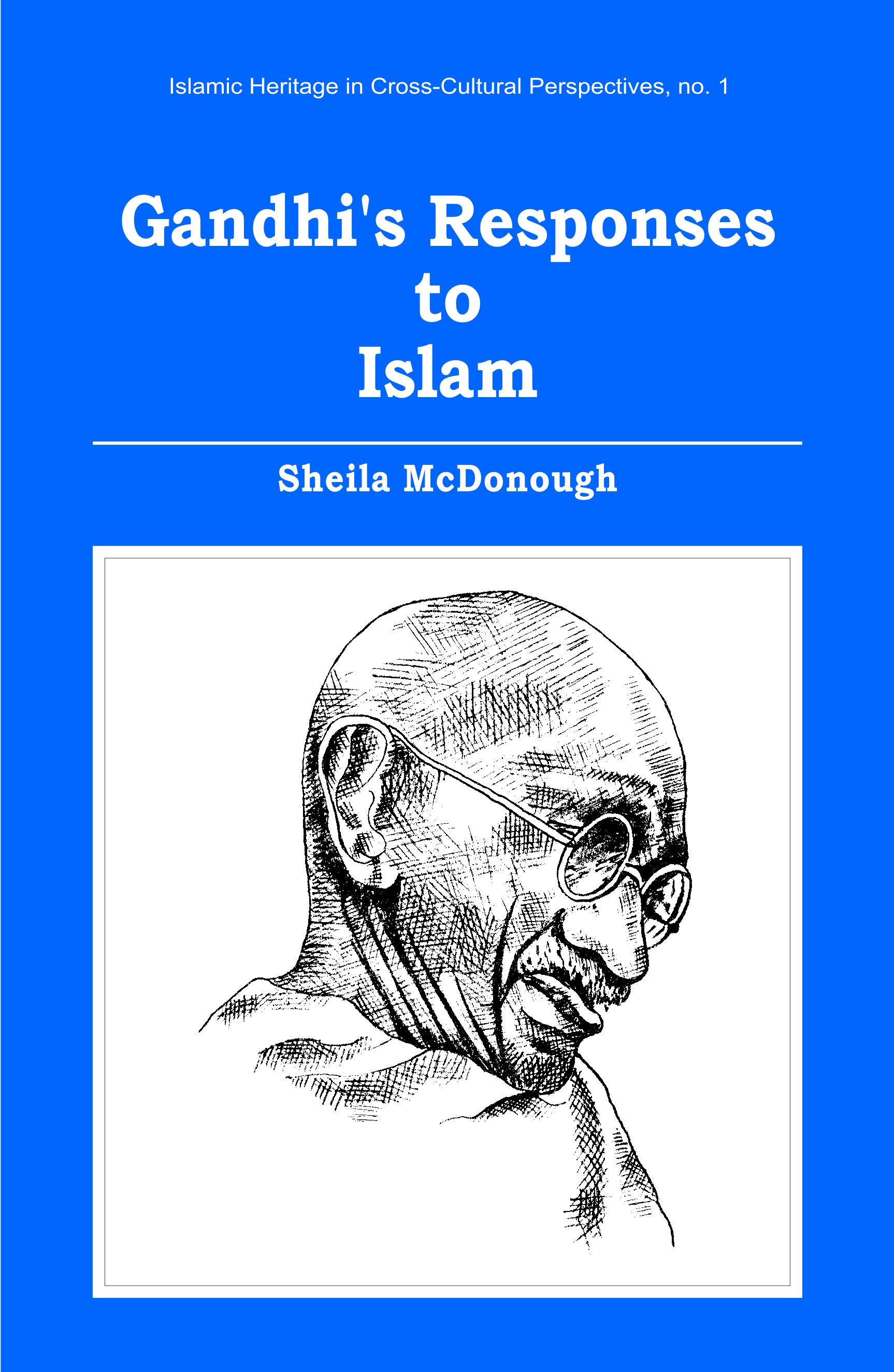