Texts and Traditions by: Ajithan P.I.

This volume presents an in-depth study of a distinct temple ritual cult of Kerala, a tradition deeply rooted within the Vedic ritualistic fold and characterized by Smarta-Pauranika beliefs and customs, which still remains to be a less explored subject, and its present institutionalized structure.

Kerala Tantra is a regional phenomenon, which is an offshoot or synthesis of Saiddhantika and Pancaratra tantric ritual rites. It is a tradition deeply rooted within the Vedic ritualistic fold and characterized by Smarta-Pauranika beliefs and customs.
This volume is a general, but a serious and in-depth study of distinct temple ritual cult of Kerala. Kerala Tantra still remains to be a less explored subject. There is no exclusive study on the ritual peculiarities of Kerala Tantra. This book focuses on filling that gap covering extensively the prominent characteristics of the unique ritual cult of Kerala.
The data presented in the book are based on many unpublished and less-known, but authentic manuscripts of late medieval period, and interviews with previous and current generations of tantrins and their testimonies. It covers the great traditions of Tantra, Kerala Tantra, and transmission of tantric knowledge through formal and informal methods. It also talks about the institutionalization of Tantric education, taking a cue from the context of Vedic and Sanskrit education of Kerala.

Part 1
THE GREAT TRADITIONS OF TANTRA

1. Canons of Major Tantric Traditions and Their Divisions
The Term Tantra Defined
Importance of the Guru and the Shastra
The Canonical Divisions
The Classifications of Shaivagamas
The Canons of Bhuta, Garuda and Vama Divisions
The Structure and Content of Siddhantagamas
The Provenance and Date of Composition
The Upagamas
The Paddhati Texts
The Saiddhantika Exegetes
Later Phase of Shaiva Siddhanta
The Bhairava Tantras
The Tantras of Kashmir Shaivism
Abhinavagupta and His Works
Vaishnavism
The Classifications of Tantric Vaishnava Scriptures
The Buddhist Tantra
The Tantric Cult of Bengal
The Tantras of Jainism
2. Tantric Rituals: Their General Characteristics
The Ritual Elements
The Pancharatra Initiation
The Shakta Initiation
The Secret of Ritual Ajithan P.I.
1979
Ajithan P.I. is a scholar in Tantra philosophy and rituals. He got his PhD for the thesis “Ritualistic Tradition of Tantra in Kerala” and degrees of MA and MPhil (in Sanskrit) from Sree Sankaracharya University of Sanskrit, Kalady, Kerala. He has to his credit half a dozen articles published in different journals. Dr Ajithan has attended numerous seminars and conferences, presenting papers. He had a short stint as Guest Lecturer, Department of Sanskrit, University of Calicut and chaired a session on Classical Literature in the 11th Prof. NVP Unithiri Endowment All Kerala Oriental Conference, 2016.
Books of Ajithan P.I. 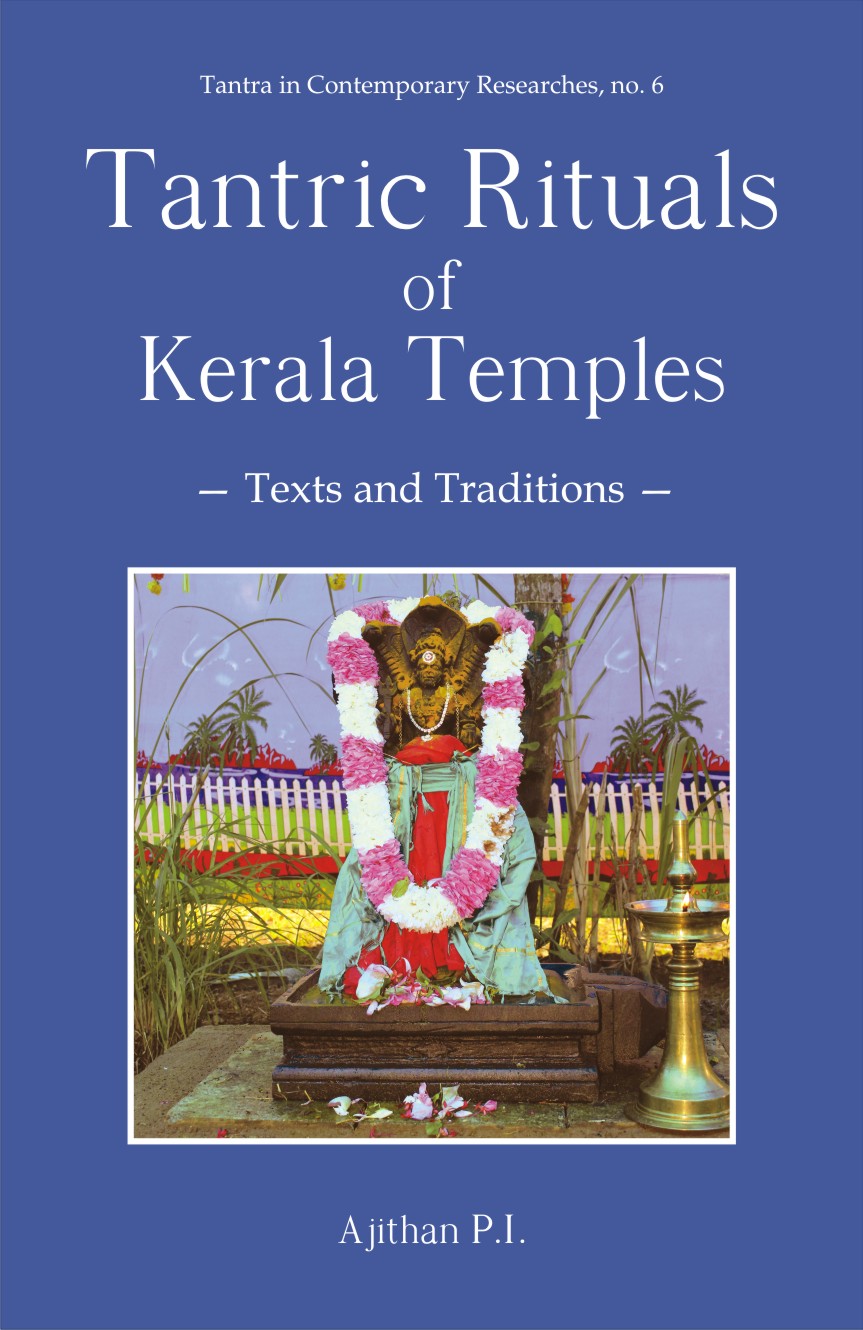