From Literary Sources of the Gupta Age by: Mitali Chatterjee

The book is an in-depth study of the socio-cultural life of the Mising tribe of Assam. It studies the factors influencing their material culture, traditional life pattern, art and craft activity et al. and tries to analyze the impact of modernisation, acculturation and urbanization faced by them.

Mitali Chatterjees study of education in ancient India focusses chiefly on over two hundred years: ad 319-550, of the reign of Imperial Guptas, which has been variantly described as the Golden Age, Periclean Age, or even the Age of Hindu Renaissance. It was a time when literature, arts, and sciences flourished in a degree beyond the ordinary. These achievements are inconceivable without a well-evolved system of education. With its theme like education, covering such a large period of time the book traverses a terrain so far little charted. It is indisputably a work of painstaking research trying, as it does, to retrieve educational set-up of classical India from an astonishing mass of contemporary sources, including notably (a) Puranas like Markandeya, Matsya, Vayu, Vishnu, and Vishnudharmottara; (b) Smriti texts like Vyasa-smriti, Harita-samhita, and Pitamaha-smriti; (c) Literary classics of Kalidasa, Vishakhadatta, Kumaradasa and others; (d) Jaina and Buddhist works of scholars like Vasubandhu and Dinnaga; (e) Astronomical/scientific treatises of Aryabhata and others; (f) Foreign travellers narratives; and (g) Other miscellaneous writings on grammar, linguistics and polity  besides inscriptional and numismatic material. Notwithstanding the ethical-cum-religious overtones of ancient Indian education, the pathashalas (schools) and universities taught Sanskrit, literature, arts, sciences, philosophy, laws, and even rituals. In conclusion, the author demonstrates how the educational system of the Imperial Guptas, in certain ways, anticipated some of the fundamental theories given by great modern educationists. A useful work for anyone involved with education; whether as a historian, a professional or a scholar.

Preface
Abbreviations
1. India in the Gupta Age : Writing and Revision of Sanskrit Works during this Period
2. Education in the Purana and Smriti Literature
3. Education in Sanskrit Kavyas, Dramas and Some other Minor Works
Initiation of a Student
Teacher
Students
Fees
4. Education in Buddhist and Jaina Literature : Chinese Travellers Account
5. Education as is known from Sanskrit Inscription
6. Conclusion : General Trend of Education in Gupta India and its Legacy in the Educational System Prevalent in Modern Age
Glossary
Bibliography Mitali Chatterjee
1951
Mitali Chatterjee is Jadavpur University’s Ph.D. (Arts) - holding, in addition, master degrees in Sanskrit and Library and Information Science, a bachelor degree in education, and proficiency in German and Hindi languages. Currently, she is Library In-charge with the Asiatic Society, Calcutta.
Books of Mitali Chatterjee 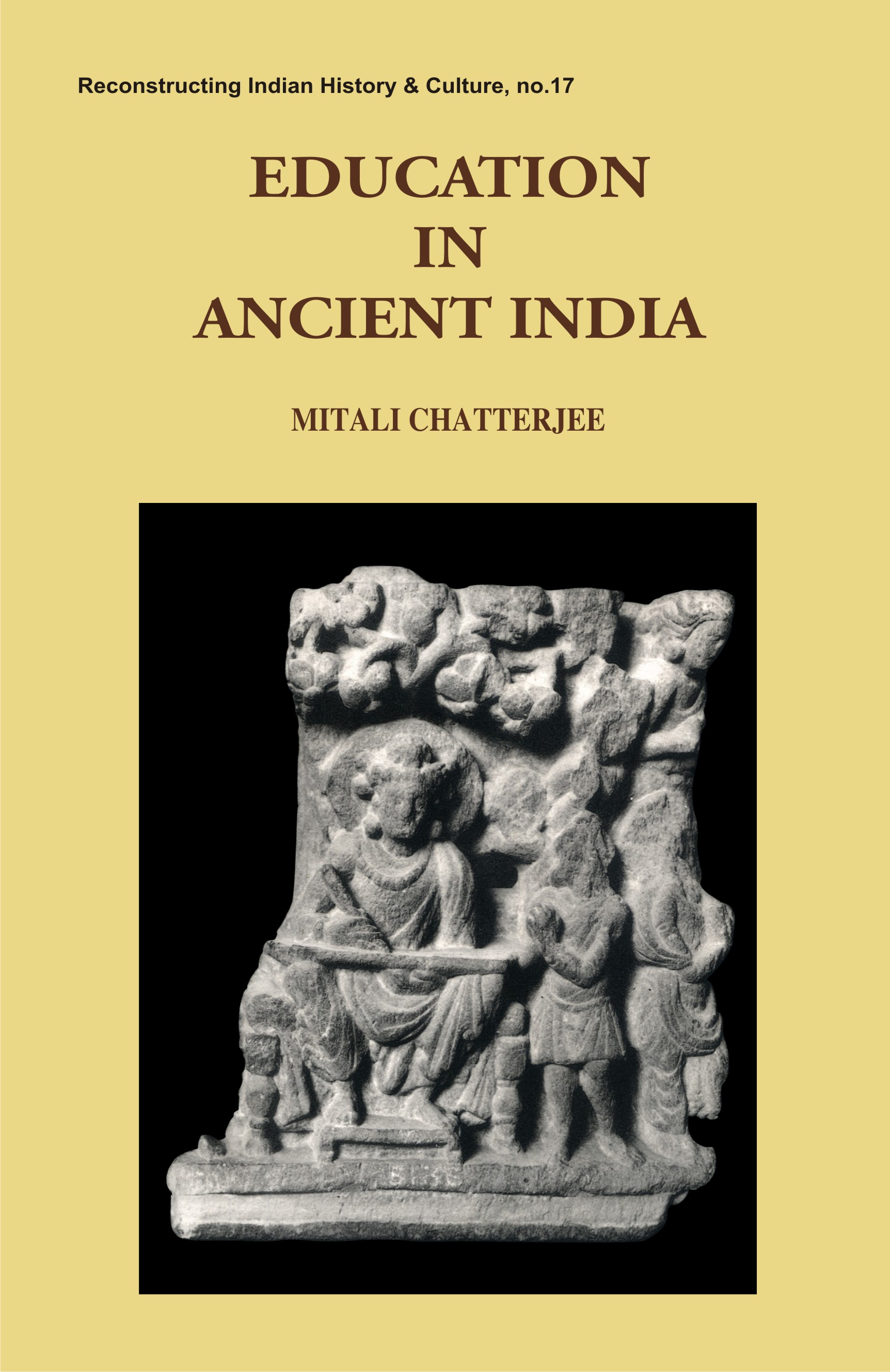