The Valmiki Ramayana as Epic and Dharmasastra

Reading the Adikavya as an Ethical Guide by: Robert Goldman

The Ramayana has effected incessantly the Indian consciousness for more 2,500 years. Its moral and ethical impact and relevance are par excellence of its poetic beauty and dramatic narrative. It gave a new praxis to the dharmic mores of the Indian psyche. The Valmiki Ramayana as Epic and Dharmasastra: Reading the adikavya as an Ethical Guide is derived from a series of three lectures that Prof. Dr Robert Goldman delivered at the Department of Philosophy, Jadavpur University in 2016 as a visiting professor.
The book, while taking an overview of the Sanskrit epics as poetry, history and science, takes one through the dilemma that Dasaratha faces due to his denying kingdom to Rama and the latter’s going for vanavasa, the ethical and moral challenges that Rama faces in his war with Ravana and others, and in the ethical shift that Rama undergoes from his compassionate and self-sacrificing moral code to a more rigid dharmasastra and arthasastra-oriented mode of royal conduct in the last part of the epic. All this, looking back over the various situations, episodes and responses of the principal characters in the epic drama.
The Ramayana thus functions not only as as a grand kavya and an ithihasa, but also as a dharmasastra and a nitisastra as well.

Preface
Abbreviations
Introduction
The Sanskrit Epics as Poetry, History and Śāstra
The Influence of the Sanskrit Epics
The Vālmīki Rāmāyaṇa as Poetry
The Vālmīki Rāmāyaṇa as Scripture
The Rāmāyaṇa in Non-Hindu Traditions
The Rāmāyaṇa Beyond India
1. A Division of the Heart: Daśaratha’s Dilemma and the Banishment of Rāma
2. Rāma in War and Peace
3. Trouble in Paradise
Conclusion
Bibliography
Index

Robert Goldman
Prof. Dr Robert Goldman, PhD, AB is William and Catherine Magistretti Distinguished Professor of Sanskrit and India Studies. His areas of scholarly interest include Sanskrit literature and literary theory, Indian Epic Studies, and psychoanalytically oriented cultural studies. He has published widely in these areas, authoring several books and dozens of scholarly articles. His major work is a six-volume edited, annotated and translated The Ramayana of Valmiki: An Epic of Ancient India, in association with Sheldon Pollock, Sally Goldman, Rosalind Lefeber and B.A. van Nooten.
Books of Robert Goldman 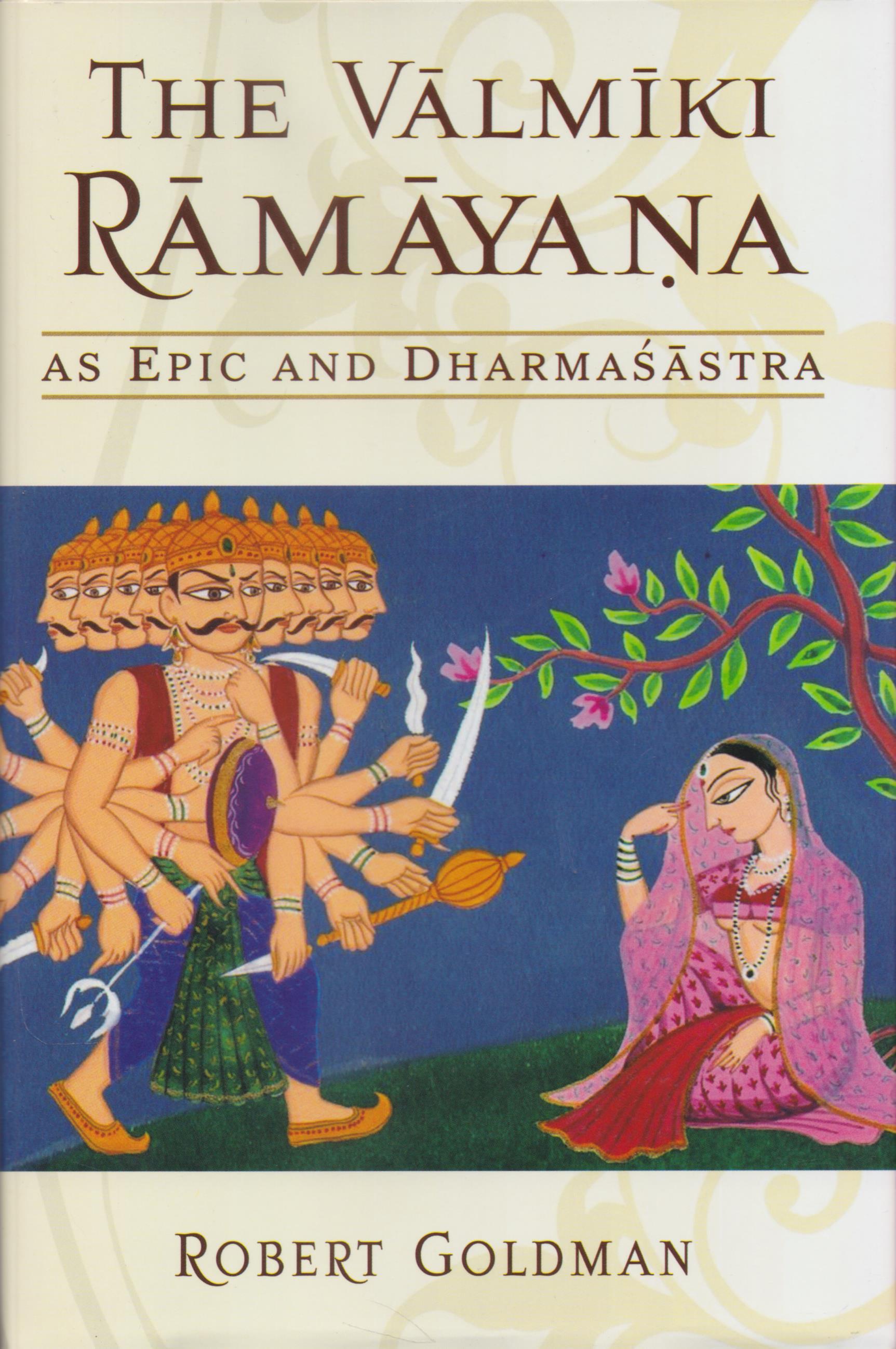 “The Valmiki Ramayana as Epic and Dharmasastra” Cancel reply