The Royal Temple Theater of Krishnattam

Krishnattam, a unique Sanskrit ritualistic dance-theater of Kerala, is one among India’s treasure trove of rare living artistic masterpieces. This history-travelogue, richly illustrated, takes one along to experience the Krishnattam plays, with their rituals and preparations, as the performers in fantastic, colorful costumes, dance, and mime the story of Lord Krishna’s life to the accompaniment of vocal and instrumental music.

Krishnattam, a unique Sanskrit ritualistic dance-theater of Kerala, is one among Indias treasure trove of rare living artistic masterpieces. In time past, Krishnattam, based on the Sanskrit poem Krishnagiti by the Zamorin King Manaveda, thrived in the royal environment of the Kingdom of Calicut, receiving the adoration of small devoted audiences. But, with Indias independence, the Zamorin lost his kingdom, and as his wealth dissipated, Krishnattam teetered on the edge of extinction. It was the Krishna-Vishnu Temple at Guruvayur that came to Krishnattam’s rescue and has become an integral part of the history of Krishnattam. Here, again, Krishnattam remained in seclusion until 1961, when the troupe performed in Bombay, exposing it to a larger Indian audience and foreign interest.
This history-travelogue takes one along in the dark of night to experience the Krishnattam plays, with their rituals and preparations, as the performers in fantastic, colorful costumes, dance, and mime the story of Lord Krishna’s life to the accompaniment of vocal and instrumental music.
This volume, richly illustrated, makes one meet some people, who have been the soul of Krishnattam. The actor-dancers share the quirks of fate, the severity of training schedule, and the rigor of exercises that transformed them from village children into performers. Currently, Krishnattam thrives at Guruvayur Temple, together with ample outside performances, as a devotional votive offering.
The first author takes one along on her twenty-year journey to discover the history and attractions of this art so rarely performed outside its locale in south India. Co-authors, Robert Sikora, A. Purushothaman and A. Harindranath greatly enhance this edition with their new researches, translations, and photographs.

Preface and Acknowledgment: How This Second Edition Came About
Preface to the First Edition
Dedication and Acknowledgment: First Edition
Note on Diacritical Marks and Pronunciation
List of Plates
1 My Introduction to Krishnattam
2 The Time of the Zamorins (16521955)
Map showing the range of Zamorins influence
3 The Time of Transition (1955-61)
4 The Time at the Guruvayur Krishna Temple under A.C.G. Raja (1961-83)
5 The Recent Time (1984-90)
6 Training
7 Preparations for Performance and Place of Performance
8 The Performance
9 The Future of Krishnattam: Artists Opinions and Suggestions
10 Meeting the Challenges of the Future
Appendices
A Selected Shlokas and Text of Totayam from Krishnagiti
B Manaveda and His Works
C Biographical Data on A.C.G. Raja
D Names, Ages (in 1983) and Roles of Artists Interviewed
E How Performers Joined Krishnattam
F Scholars and Connoisseurs of Krishnattam Whom I Interviewed or from Whom I Received Letters and Information
G List of Performances Observed
H Synopses and Observations of Krishnattam Plays
Avataram
Kaliyamarddanam
Rasakrida
Kamsavadham
Svayamvaram
Banayuddham
Vividavadham
Svargarohanam
I Places of Performances During the Time of the Zamorins
J Philosophical Dialogue between Krishna and Uddhava
Glossary
Bibliography
Plates
Index

Martha Bush Ashton-Sikora
Martha Bush Ashton-Sikora did her PhD from the Department of Drama and Theater, Michigan State University with a dissertation on Yakshagana, a theater of coastal Karnataka. As part of the Festival of India USA 1985-1986, she toured and lectured with the Krishnattam troupe during its USA appearances. She taught at the University of California, Berkeley, researched, and wrote about the theater and theatrical aspects of the south-western coast of India, and contributed to South Asian Folklore: An Encyclopedia and Asian Theater Encylopedia.
Books of Martha Bush Ashton-Sikora 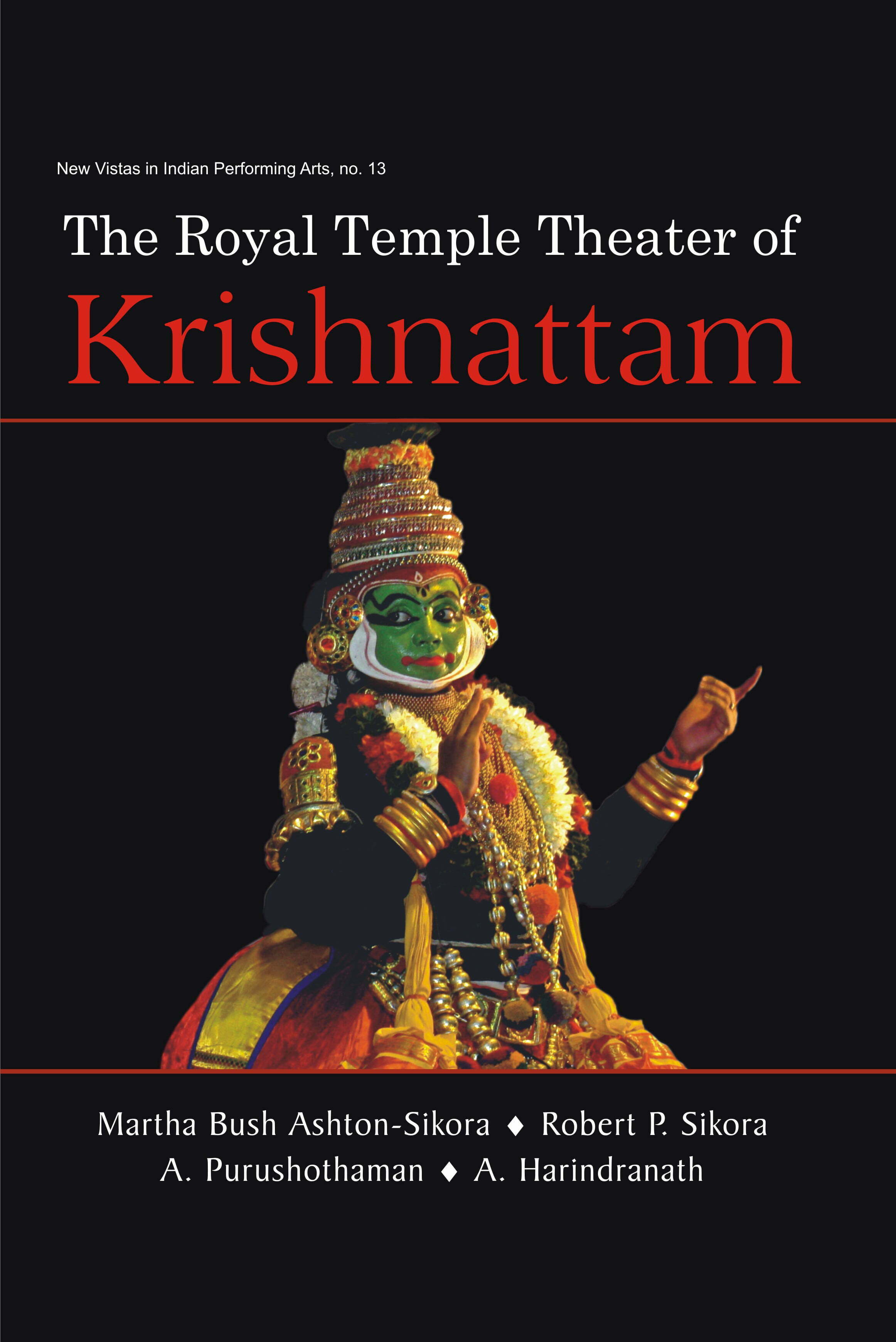