The Musician and His Art

This book features the uniqueness of the relationship between Hindustani musician and his art. Hindustani music is not merely north Indian art music. It is inextricably linked to a multiplicity of other musical traditions and is an active participant in the totality of the cultural process.

This book presents a collection of essays and lectures written by the author between 2011 and 2018. Its underlying theme  as suggested by its title  is the uniqueness of the relationship between the Hindustani musician and his art. This uniqueness is moulded by the fact that the tradition enjoins upon the performer the simultaneous role of a composer. This makes Hindustani music a three-dimensional art: contemplative, expressive and communicative. These three components serve to make Hindustani music a remarkable manifestation of continuity within change, and individuality within conformism.
Viewed from this perspective, Hindustani music is not merely north Indian art music. It is inextricably linked to a multiplicity of other musical traditions  folk, devotional, tribal, martial and popular  and is an active participant in the totality of the cultural process. Every piece of performed music speaks, in some manner, on behalf the generation performing it, and addresses the corresponding generations of audiences. For the author, therefore, it is not merely sufficient to understand what Hindustani music is. It is necessary also to seek insights into why it is what it is.
In this book, the author relentlessly pursues his intellectual aims by borrowing ideas from a wide range of disciplines: sociology, linguistics, cultural anthropology, acoustics, aesthetics, demography, economics, marketing finance, psycho-analysis, mythology, philosophy and even mathematics. Despite its diverse intellectual canvas, the book retains the essential Indian-ness of the authors argument, and simultaneously addresses an international readership.

Foreword  Daniel M. Neuman
Preface
Acknowledgements
1. Prof. S.K. Saxena : The Pioneering Aesthetician of Hindustani Music
2. Prof. Ashok Ranade : A Rare Guru
3. Perspectives on Raga-ness
Raga as a melodic entity
Raga as a Melodic Representation of an Emotional Idea
Raga Music as a language
A Raga as a Psycho-acoustic Hypothesis
A Raga as a Consensual Entity
Raga as the Commanding Form
The Raga as a transcendental entity
Deities, Ragas and Archetypes
What are archetypes?
Archetypes as cultural forces
Melodic vs archetypal notions
Kumar Gandharva and Raga-ness
4. The musician and his art
The nature of Hindustani music
Expression
Communication
Creativity
The musician personality
Jungs personality types
Maslows Hierarchy of Needs
Contextualization of Maslow to Hindustani music
The three modes of existence
The musician and his art: Sattvika, Rajasika, Tamasika
Conclusion
Post-script
5. Bhakti (the devotional spirit) in Hindustani music
Understanding musical genres
Svarasrita and Padasrita
Understanding Bhakti
Somanatha in Ragavibodha
Lyrics in Khyal vocalism
The spiritual and the devotional
6. Amplification, Recordings and Hindustani music
Amplification
Commercial Recordings
The business side
Cultural intervention
7. Abstraction in our times
Abstraction
The notion of a Commanding Form
The Classification of Genres
The Inverse Hierarchy of Dis-Abstraction
What trends do we observe today?
The trends: In Summary
The cultural process
Cyclicity
The Paradigm Shift
8. Shaping a life in classical music
The basic equipment
The communicative dimension
The Expressive Dimension
The Meditative Dimension
The key to excellence
9. Who is a maestro in Hindustani music?
Maestro, Ustad, Pandit : The definition
Implications of the formulation
Testing the formulation
10. The Critical Environment and the Musical Culture
Defining musical criticism
The function of art criticism
The critic and the music world
Generators of critical output
Categories of critical endeavour
The volume and quality of critical content
The critic as a service provider
Social and economic change
The failure of public broadcasting
Failure of the academic system
The size and nature of the classical music community
Commercial pressures on the periodicals media
The online/social media
The consequences
11. The Idea of Raga Grammar
Language and grammar
Grammar and the Raga
Vadi Svara as the Verb
Melodic Phrasing and Raga Grammar
Pakad and the Hierarchy of Phrases
Anga Pradhanya
Syntax and Punctuation
12. Raga Clusters in Hindustani Music
The perspective
How the clusters are conceived
The logic
The essence of the cluster phenomenon
Patterns in Raga transformations
Conventions for forging compound Ragas
Extraordinary conditions
Reconsidering the term Sankirna
13. Wherein resides the Raga
The Vadi and Its Location
Bhatkhande on the Vadi?
The Amsa Svara
Guidelines for Performance
Wherein Resides the Raga
Mutually Exclusive vs Overlapping Regions
The Mid-Octave Region
Survey of the Raga Universe
14. The emerging generation of Khyal vocalists
The first post-independent generation
The second post-independence generation
Managing the dissonance
15. Aesthetic obsolescence and paradigm shifts in Hindustani vocalism: I
The Method of Generations in History
The keyboard of the environment
A conceptual-graphic model of generational shifts
16. Aesthetic obsolescence and paradigm shifts in Hindustani vocalism: II
YouTube as data source
Research design
Indications
Ghara?na? perspectives
Individual highlights
Conclusion
17. Aesthetic obsolescence and paradigm shifts in Hindustani vocalism: III
The non-Khyal repertoire of Khya?l vocalists
Research design
Indications
Implications of the patterns
18. Aesthetic Obsolescence and paradigm shifts in Hindustani Vocalism: IV
The music of non-Khyal specialists
Research design
Indications
The interaction of genres
Is this happening already?
19. Aesthetic obsolescence and paradigm shifts in Hindustani vocalism: V
The emerging music-scape
The focus
Non-Khyal repertoire
What is Khyal or Non-Khyal?
20. Aesthetic obsolescence and paradigm shifts in Hindustani vocalism: VI
The Limitations of Youtube data
21. Hindustani Music in the Baroda State
Maula Baksh
Faiz Muhammad Khan
Vishnu Narayan Bhatkhande
Vishnu Digambar Paluskar
Murtaza Khan
Govind Sharma
Bhaskar Rao Bakhle
Abdul Kareem Khan
Tasadduq Hussain Khan
Faiyyaz Khan
Hazrat Enayet Khan
Bal Gandharva
Hirjibhai Doctor
Gulam Rasool Khan
Shrikrishna Ratanjankar
Lakshmibai Jadhav
Ata Hussain Khan
Nissar Hussain Khan
Madhusudan Joshi
The Sehnai tradition in Baroda
The percussionists of Baroda State
The Binkars of Baroda
The Sitar and the modern instruments in Baroda
Classical music after independence
Exemplary management
Glossary and Explanatory Notes
Bibliography
Indices
I : Personages and Institutions
II : Gharanas
III : Ragas 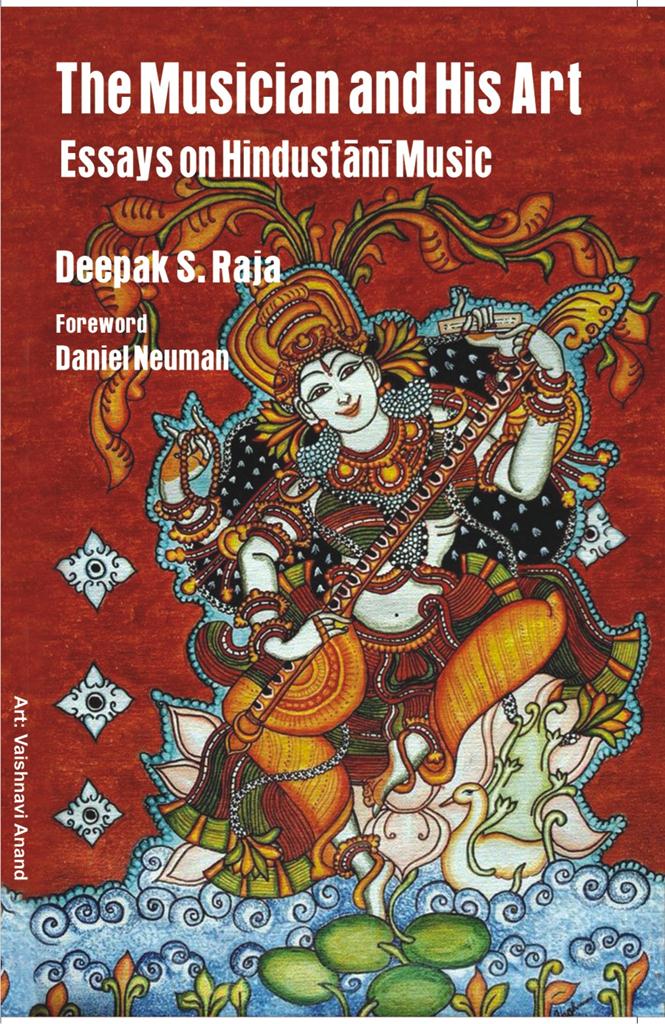 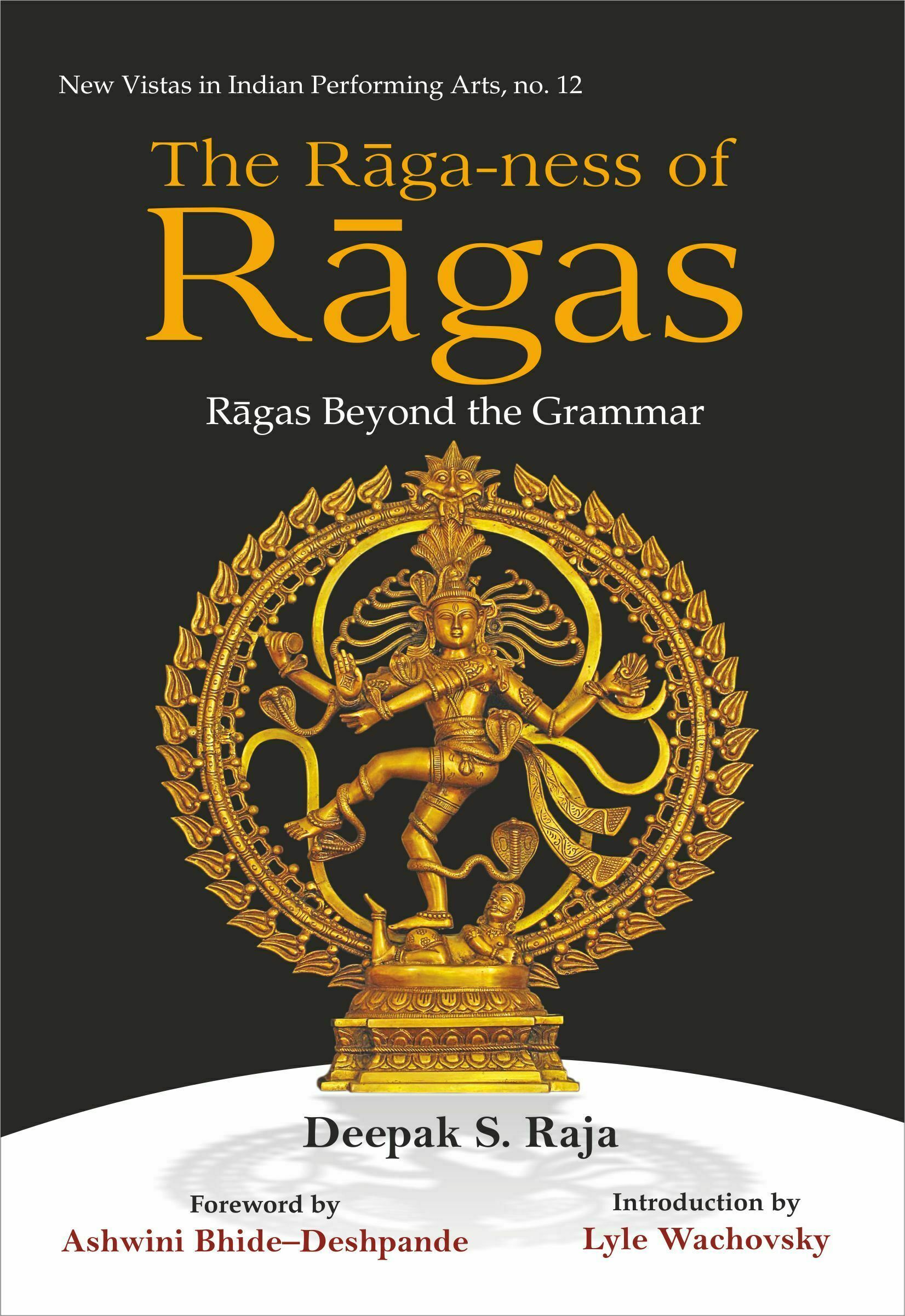 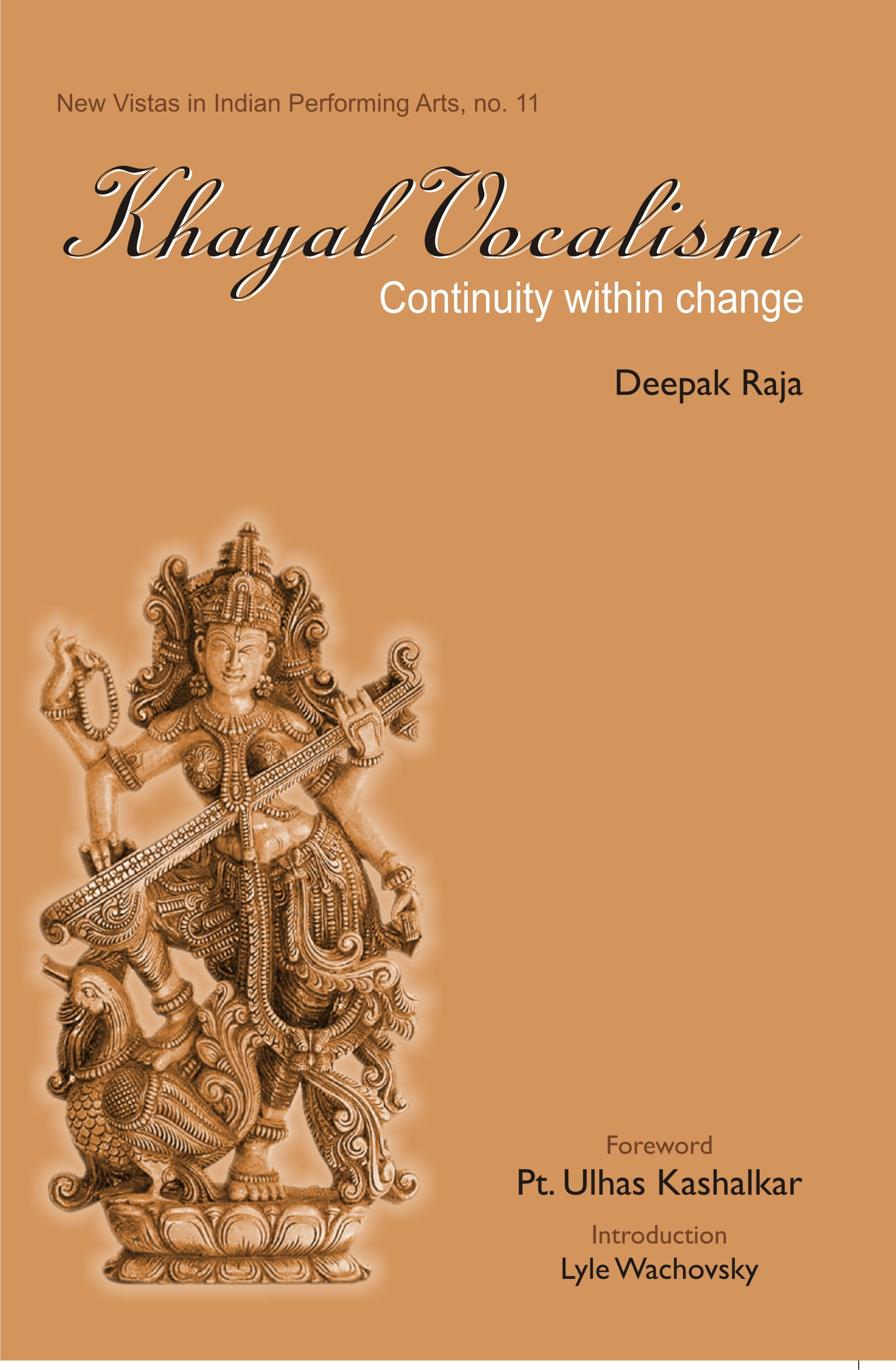 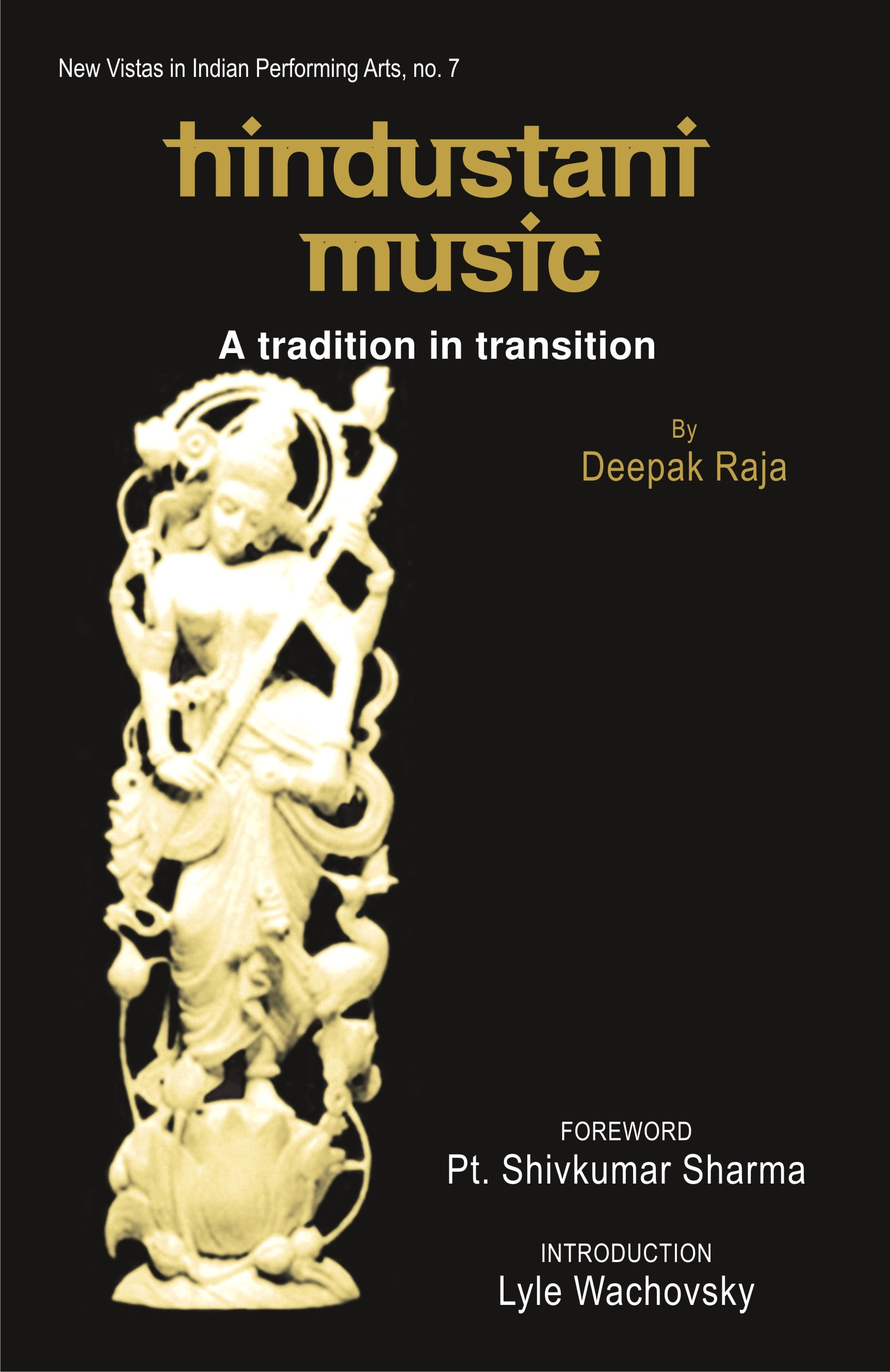 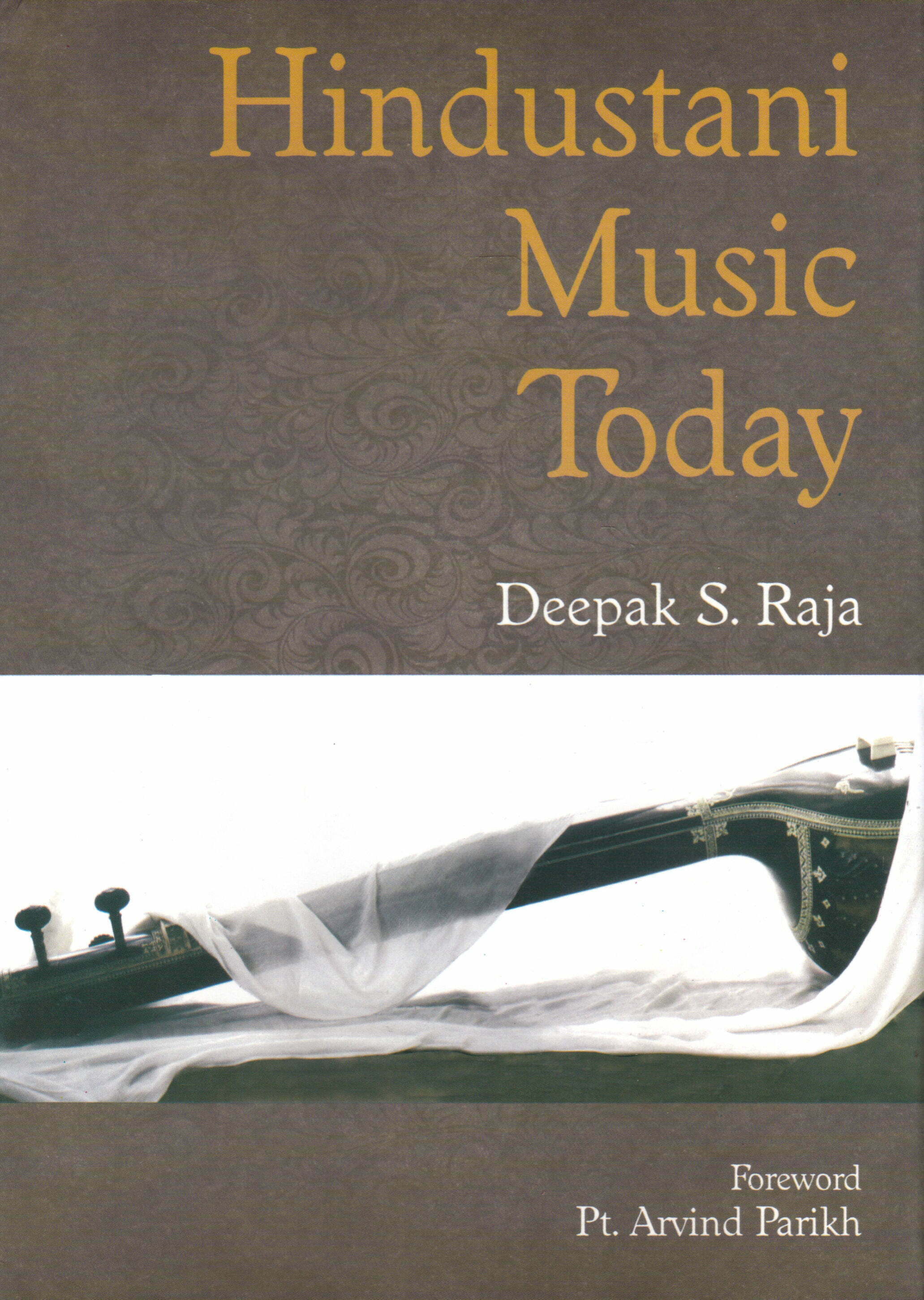