The book offers an account of the Tamils society, economy, religious beliefs, educational mechanisms, arts and cultural expressions (during 1707-1947). It also discusses the profound influence of colonial rule in the tradition-bound Tamilian society.

Notwithstanding the prolificity of indepth researches in contemporary historiography, Professor Subramanian’s book is the first concentrative effort to track down the social history of the Tamils. Today, the Tamils, over fifty million of them, live in the south-eastern state of the Indian peninsula: Tamil Nadu — which indisputably represents the very nucleus of millennia-old Dravidian culture in India. The book offers a compelling account of the Tamils’ society, economy, religious beliefs, educational mechanisms, arts, and cultural expressions during the years 1707-1947 — when, significantly, the British domination blossomed, bloomed, and faded; when new thoughts, new ideas, and new ways of life came as irresistibly into the homeland of the Tamils as into the Indian subcontinent. Thus retracing over two centuries of the ‘British connextion with India’, the author here tries to show how the long colonial rule in India exposed the tradition-bound Tamilian society to Western influences — with results that proved incalculable in both their range and depth. Social History of the Tamils : 1707-1947 is the outcome of Professor Subramanian’s decade-long, painstaking research, authenticated by an astonishing mass of evidence including archival records, Jesuit sources, Modi (Maratha) manuscripts, newspapers’ reports, biographies, travelogues, literary writings, and even fictional works.

Land and its Importance
Economic Conditions
Industries and Industrial Classes 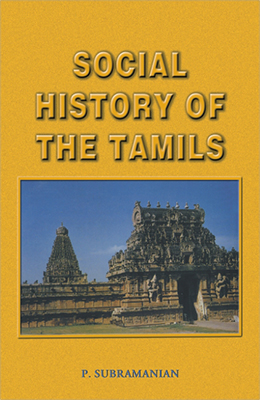