Theory of Fundamental Processes in Human Behaviour and Experiences by: Radhey Shyam Kaushal

The book talks about the concept of consciousness, its incorporation in physical theories, presents the basics of Vedanta philosophy, theory of karma, man-machine interaction, the interaction of human being with physical world as per Vedantic philosophy, and interactions among human beings. It also points out the limitations of modern science in describing some aspects of human behaviour.

The volume is concerned with the concept of consciousness and its incorporation in physical theories. It tries to look for a unifying mechanism for fundamental processes taking place inside the human being which are responsible for all human actions and behaviour in outer world. It argues that the essences of life in conjunction with the consciousness can provide a viable framework for understanding the physical world as well as of human/non-human behaviour and its experiences.
The book presents the basics of Vedanta philosophy, comparing its viewpoint with that of objective science and other philosophies to throw light on classification of objects and inner and outer worlds and associated experiences. It studies the theory of karma, recapitulating the western view and views of modern science, and presents the Vedanta theory of karma. It takes up aspects like the role of the human being in a process with a discussion on the man-machine interaction; the interaction of the human being with the physical world within the framework of Vedanta philosophy; and the interactions among human and non-human beings. Several new concepts like dressing of essences of life with consciousness, principle of minimum efforts, a (3/2)-rule for the fragmentation of consciousness, a definition of mind set function and its evolution, K-effect etc. are introduced in the book for the first time. It repeatedly points out the limitations of modern science in describing some aspects of human behaviour.
The work will be useful to a broad spectrum of readers, particularly scholars and students, physicists, biologists, psychologists, professional philosophers, particularly philosophers of science.

Preface
Acknowledgements
Abbreviations, Notations and Symbols
1. Introduction
1.1 Philosophy and Science
1.2 Philosophy of Science: A Search for Perfect Science
1.3 Active and Passive Sciences: How Science Progresses
1.4 Science of Philosophy: A Search for Perfect Philosophy
1.5 Active and Passive Philosophies
1.6 Limitations of (Objective) Science
1.7 Interactions and Associated Processes in Nature
1.8 Human Experiences and Behavioural Science: The Role of Fundamental processes
1.9 Motivation of the Book and Arrangement of Chapters
PART I
Basics of Eastern and Western Views
2. Modelling: Basics of Vedanta Philosophy
2.1 Nature and its Description
2.2 Substance in the Universe: Origin of Beings, their experiences and actions
2.3 Human Being
2.4 Human Essences of Life and the Understanding of Nature: Who Understands What?
2.5 Patomic Model of Human Being and its Reduced Version
2.6 Physical (P), Epiphysical (EP) and Special Epi-physical (SEP) Matter in the Universe
2.7 Inner and Outer Worlds and the Associated Experiences
2.8 Concluding Discussion
3. Fundamental Processes and the Theory of Karma (Action): Western View and The Views of Modern Science
3.1 Philosophical Perspective
3.2 Objective Reality: Space-time Structure in Nature and Morality in Society
3.3 Intelligent Design and Darwin Theory: Do They Go Together?
3.4 Genetics, Theory of Rebirth and Human Actions
3.5 Mind-Brain Complex: Quantum Neurodynamics
3.6 Recent Theories: Levels of Hierarchy in Complex Systems.
3.7 Concluding Discussion
4. Fundamental Processes and the Theory of Karma : VedAnta Philosophy in Modern Perspective
4.1 Origin of Karma vis-a-vis Survival of Body
4.2 Types of Karma
4.3 The Case of a Liberated Soul vis-a-vis the Art of Living
4.4 The Principle of Minimum Efforts
4.5 Co-ordination Among the Working of Different EOLs: The Role of Consciousness
4.6 Trinity of Gunas and the Nature of Human Actions in Vedanta Philosophy
4.7 Concluding Discussion
5. Concepts and Facts Dominating the Human Behaviour
5.1 Universality of Love and the Forces of Attraction in Nature
5.2 Behavioural Facts: Question of their Origin and Interpretation
5.3 Plurality of Interpretations: Limitations at Different Levels
5.4 Possibility of an Absolute Interpretation of Facts in Vedanta Philosophy
5.5 Possibility of a Predictive Metaphysical Theory of Human Behaviour
5.6 Concluding Discussion
6. Revisiting the Limitations of Theories of Physical and Biological Sciences
6.1 Physical Science and its Domain of Working
6.2 Biological Sciences and their Domain of Working: Biochemical and Biophysical Processes
6.3 Some Biological Phenomena of Interdisciplinary Nature
6.4 Can the Dark Energy of Modern Cosmology Comprise of Spiritual Energy?
6.5 Limits on Neuroscience and Brain Studies
6.6 A Living Being is a Continuous Process and not the Product
6.7 Concluding Discussion
PART II
New Analytical Methods and Workability
7. Man-Machine Interaction and Its Impact on Human behaviour
7.1 Man, Woman and Human Being
7.2 Machine and its Use
7.3 Man-Machine Interaction in Physical and Metaphysical Domains
7.4 Can the Human Being be a Machine?
7.5 Meditation: A Case of Diffusing the Mind-Body Interaction
7.6 Concluding Discussion
8. Interaction Between Human Being and Physical World
8.1 Revisiting Physics-Aspect of the Interaction
8.2 Further Remarks on Consciousness
8.3 Consciousness and Space-Time
8.4 Interaction of a Human Being with Physical World
8.5 Conscious Actions of b on the Elements of WO
8.6 Further Remarks on Physical and Non-physical Matter in the Universe
8.7 Actions of a Conscious Human Being and Their Analysis: A Mathematical Framework
8.8 Different Scales of Consciousness: Roles of Mindset and Environment
8.9 Slow Growth and Fast Decay Model of the Mindset
8.10 A Classification of Non-physical Interactions
8.11 Purusha, Prakgrti and Universality of Sexual Processes
8.12 Concluding Discussion
9. Interactions Among Human Beings
9.1 A Brief Survey of Many-Body Interactions in Physics
9.2 A Survey of Many-Being Interactions: Socialization
9.3 Cases of Two- and Many-Being Interactions in Vedic Literature
9.4 Interactions Among Human Beings: An Attempt Towards Quantification
9.5 Interactions between Human Beings
9.6 Interactions Among Three and more Human Beings
9.7 Case of Many Being Interactions: A New Description of Socialization
9.8 Concluding Discussion
10. Interactions Involving Non-human Beings
10.1 A Spiritual Link between Humans and Non-humans
10.2 Why the Human Species is so Special?
10.3 Deviations from the Perfect Creation of God (i.e. Human Being): Fractured Patomic Model
10.4 Evolutions of EOLs and the Development of FOUs in Nonhumans
10.5 A Classification of Non-humans Capable of Interacting with Human Being
10.6 Interaction of Humans with Physically and Mentally Challenged (PMC) Persons
10.7 Interaction of a Human Being with Non-humans: A Quantitative Analysis
10.8 Non-Humans with Human Qualities and Human-Non-Human Interactions
10.9 Concluding Discussion
Part III
Predictive Power and Future Prospects
11. Fundamental vs. Physio-Biochemical Processes: Their Roles in Human Behaviour
11.1 The Question of Mind over Matter or Matter over Mind in the Maintenance of World Order
11.2 God-Centre Hypothesis and its Search in Modern Science
11.3 Search for a Theory of Thought, Mind and Action in Cognitive Psychology
11.4 Some Remarks on the Theoretical Concept of Thought Transmission Technology
11.5 Concluding Discussion
12. Behavioural and Allied Sciences: Strategy for Testing the Theory
12.1 The Question of Predictive Power of the Theory
12.2 Humanities and Social Sciences as Laboratories for Testing the Theory
12.3 Analysis of Some Many-Being Systems of day-to-day Life
12.4 Remarks on Some Other Classes of Many-Being Systems in Nature
12.5 Religion, Dharma and Spirituality
12.6 Concluding Discussion
13. Theory of Fundamental Processes, So What Next for Peace and Eternal Pleasure: Self-Realization
13.1 What is Self-Realization?
13.2 Exchanges in the Domain of Spirituality: Composites B and C
13.3 The Question of Actual Doer of Actions: The Role of Deities
13.4 Samjoga and Scientific Circumstantial Evidences (SCEs)
13.5 Concluding Discussion
14. Summary, Conclusions and Future Prospects
14.1 Summary and Concluding Remarks
14.2 Science of Eternal Pleasure: Knowledge Pertaining to Three Stages of Satisfaction
14.3 Mundane Living and Achieving the Stages of Satisfaction by an Individual
14.4 Future Prospects

APPENDICES
Appendix A : Patomic Model of Human Being
A1. Introduction
A2. Atom-type Model of Human Being
A3. Domains of Physics and Philosophy
A4. Partons of Physics and Tanmatras of Hindu Philosophy
A5. Applications of the Model
Appendix B : Modelling Game in Physical Sciences
B1. Models for Tools: Substructures of Matter
B2. Models for the Rules of Game

Appendix D : PaNca-MahAbhUtas and the Treatment of Diseases
D1. Introduction
D2. An Explanation of PMs in the context of modern science
D3. Disease, Pain and Worry
D4. Treatment of Diseases Using PMs: An Attempt to Restore Equilibrium
D5. A Case for Astrology as a Science
D6. Concluding Discussion
Appendix E : A Generalized Hamilton Principle and the Derivation of Space-time-conciousness Evolution Equations for EP-matter
E1. Conscious Action: The Case of a Real Lagrangian
E2. Conscious Action: The Case of a Complex Lagrangian
Appendix F : Some Exotic Phenomena in the Realm of Human Behaiour
F1. An Illustrative Analogy
F2. A Brief Survey of Exotic Phenomena
F3. Possible Available Explanations
F4. K-Effect, Patomic Model and the Exotic Phenomena
Bibliography
Index Radhey Shyam Kaushal
1944
Dr Radhey Shyam Kaushal, PhD (Physics) from Indian Institute of Technology, Kanpur, in 1970, and PhD (Philosophy) from University of Delhi in 2000, has been teaching students of B.Sc. (Honours) and M.Sc. courses in the University of Delhi. Dr Kaushal has also served as UGC Research Scientist in the Department of Physics & Astrophysics, University of Delhi during 1988-2003. He visited Germany as Alexander von Humboldt Fellow and several other countries in Europe, South-East Asia and South America during his academic pursuits. He is the author of three books and the co-author of a fourth one besides about one hundred research papers published in journals of international repute in the fields of Theoretical Nuclear and Particle Physics, Quantum Mechanics, Classical Mechanics, Dynamical Systems and Philosophy of Science. His research work has been cited more than 400 times so far. Since 2009, after retirement from Ramjas College as Associate Professor, Dr Kaushal is working as a visiting faculty in the Department of Physics and Astrophysics, University of Delhi.
Books of Radhey Shyam Kaushal 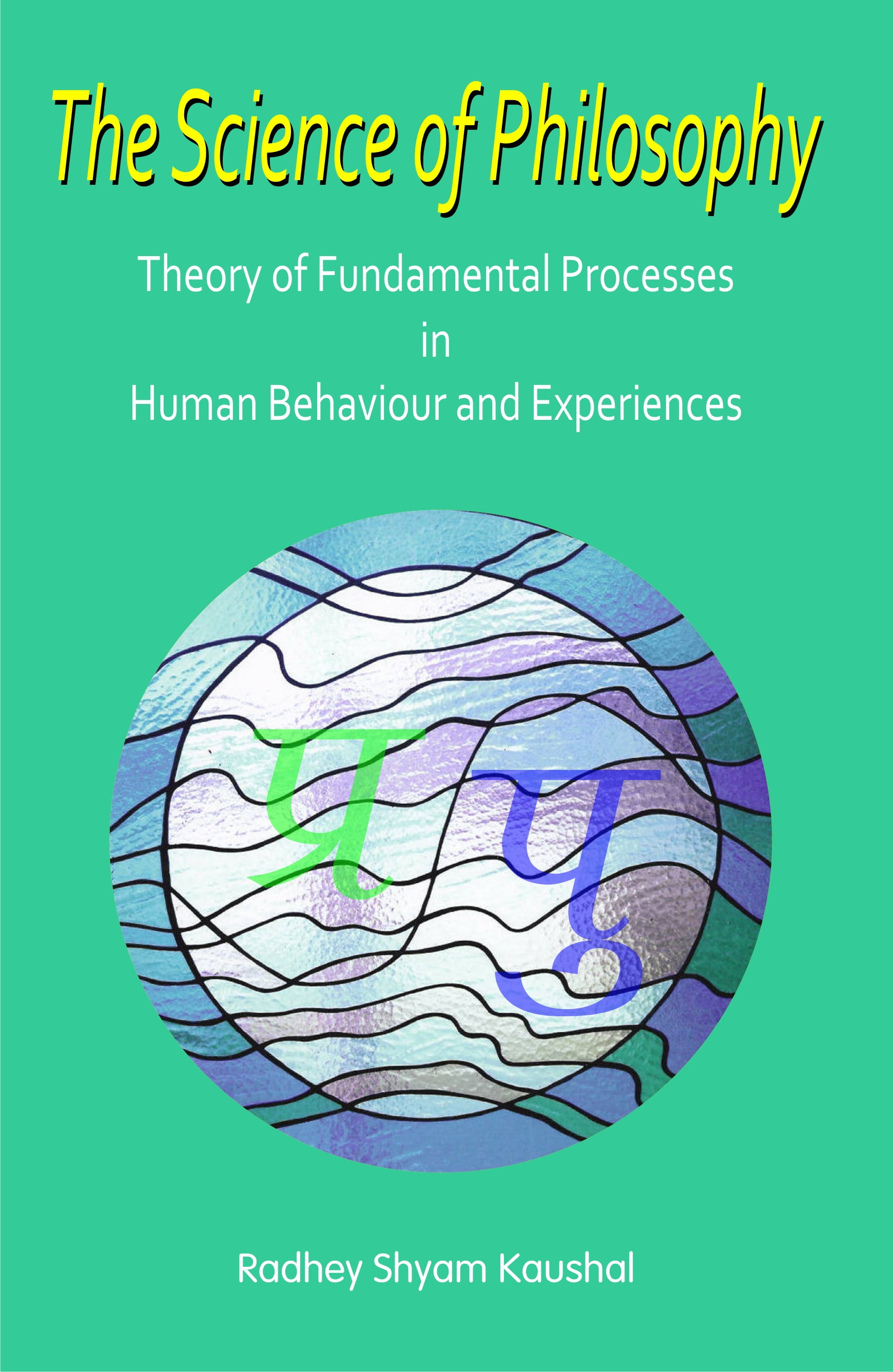