India, Another Way of Life

The book relates the diverse experiences of Mr. Tzannis Tzannetakis, a former Greek Prime Minister, in India: he witnesses centuries-old marvels, landmarks of its long religious-cultural tradition; and his response is profound and genuine.

A journey to India . . . is quite unlike a journey to any other land . . .  this sentiment expresses the uniqueness of a visitors experience of India. For, among other things, India is a perpetual mystery to him from the beginning; he wades through the mystique and out of it; and he is never free of it. For Mr. Tzannis Tzannetakis, a former Prime Minister of Greece, India is this and much more. His informal experiences presented here are diverse and steeped in the historic-cultural flavour special to India. He sees its centuries-old palaces, forts of ancient maharajas, of the glorious Mughals; the unparalleled cave monuments of Ajanta-Ellora with their exquisite carvings, the breathtaking sculptural decorations and the architectural dream of Khajuraho; the grandeur of the Taj, a wonder in white marble; the exotic deserts of Jaisalmer; the heart of holy India, Banaras, with the ever-flowing Ganga; the marvel of Delhi which amalgamates the old and the new. His response is, likewise, rich with a range of tones; he not only admires the material landmarks of ancient India but breathes in the spirit of the past  the old delight, the royal romance, the dignity, valour in that chivalry . . . His is not simply a discovery of India but an analysis of Indias time-tested values and its modern message in order to understand India in the real sense  its unique past; the India of today, of the traditional and the modern; and the India of the future . . . its goals, aspirations. The authors tone is wonder-struck but, at the same time, genuine and realistic. He captures the essential India  and not just its forms and colours  to present a delightful, critical and sensitive picture.

Foreword
Introduction
Bombay : The Gateway to India
Ajanta-Ellora : Art Infused with Life
Varanasi : The Sacred City
A Taste of Indian Religion
Khajuraho : The Dream
Agra : The City of the Mughals
Fatehpur Sikri : The City of Victory
On the Roads
Rajasthan : The Land of Valour and Honour
Jaipur : The Rose-Hued City
Chittorgarh : The Cradle of Courage
Udaipur : The White City
Jaisalmer : The Desert City
Jodhpur : The Fortress City
Gandhi-Nehru : The Founders of Modern India
Delhi : The Glorious Capital
The Parting Hours : The End of a Romance

Tzannis Tzannetakis
Tzannis Tzannetakis, (born: 1927), a former Prime Minister of Greece, is unmistakably a versatile personality, eminently combining in him the gifts of a parliamentarian, an administrator, a social activist, an art-lover, and a scholar. Essentially a humanist with inwrought democratic values, he relinquished his promising career in the Greek Navy, in 1967, in protest against the military dictatorship. And for this action of his, he suffered both imprisonment and exile. With the return of democracy in 1974, he entered politics — which, over the years, has seen him in a succession of key positions, like Minister of Defence, Minister of Foreign Affairs, Deputy Prime Minister and then, finally, Prime Minister in the coalition Conservative and Left government in 1989. Besides his involvement with the restoration of old traditional villages in Greece and cultural activities of various descriptions, Mr. Tzannetakis has also authored/translated a number of books — including his Greek translations of several Upanishads, which have been published together with his introduction and commentary.
Books of Tzannis Tzannetakis 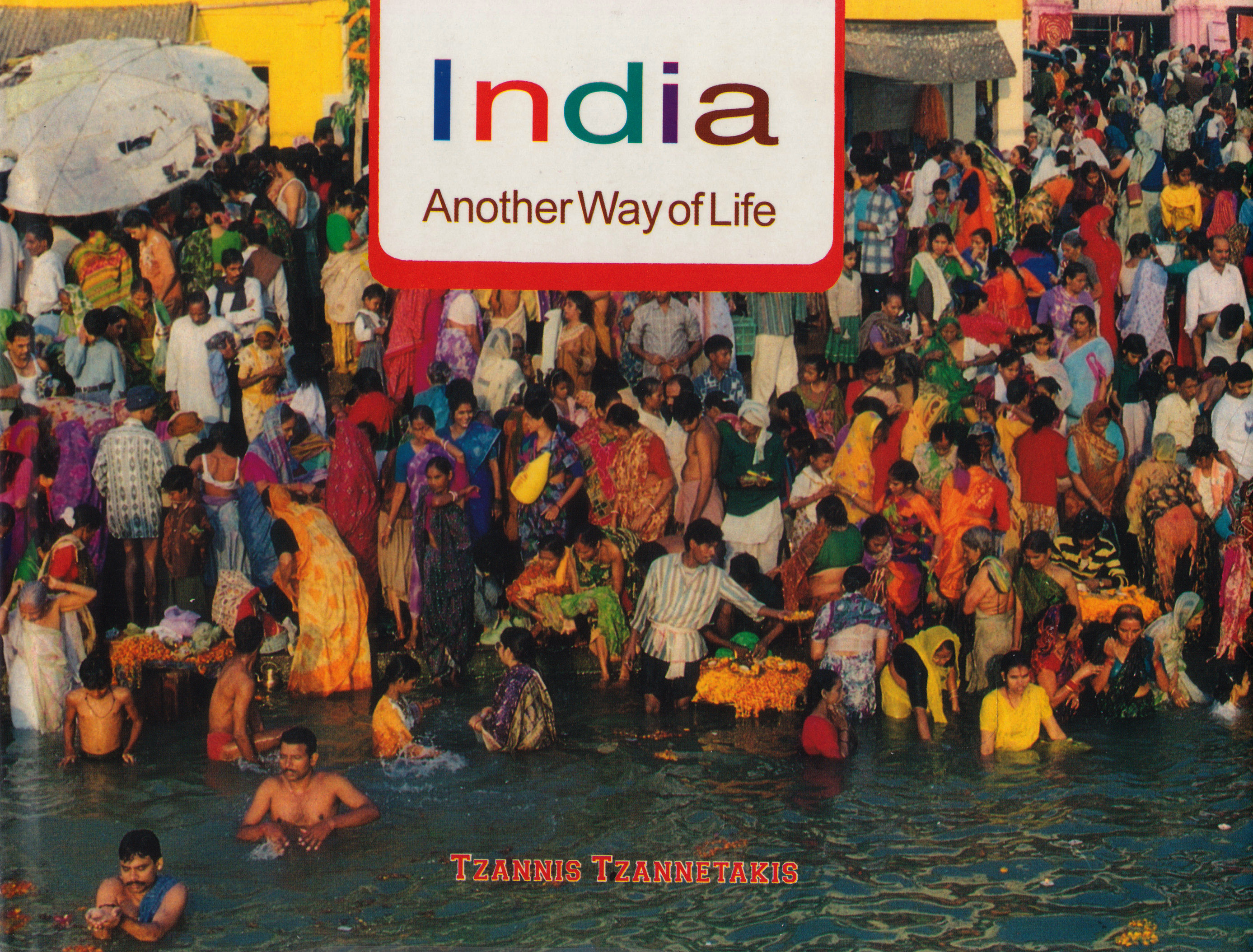