Its Relevance Today by: Gummadi Veerraju

Retrieving a range of Gandhis social, economic, moral, spiritual, cultural and political ideas from various sources, this work gauges the relevance of Gandhi and Gandhism in the dehumanized, fragmented world of moral decay and unbridled consumerism.

Gandhi (1869-1948) held no political office. Yet he could arouse the conscience of an entire subcontinent! A lean, frail, half-naked fakir  armed with a wooden staff and simple dignity of a human being, he fought against the greatest empire, the world has known. It was just the moral grandeur of his soul which enabled him to fight against brute power, in any form, even vanquish it. Generations to come will scarce believe that such a one as this in flesh and blood walked upon this earth, said Professor Einstein of him. A saint, social activist and political philosopher, unlike any other known in the twentieth century, Mohandas Karamchand Gandhi held out a message which, based on a series of his experiments with truth, touched upon every domain of human life: social, economic, moral/spiritual, cultural, political. Retrieving a range of these ideas from a variety of sources, this book tries afresh to gauge how far Gandhi and Gandhism are relevant in this dehumanized, fragmented world, perched dangerously on stockpiles of all-devastating arsenal; or in this age of distrust, moral decay and unbridled consumerism; or yet again when seen against todays aggressive/retaliatory attitudes, or against the growing cult of violence. The book is not just a revalidation of Gandhian philosophy, but a reminder as well, suggesting how in his abiding solutions alone: with their eloquent underpinnings of truth, non-violence and service of humanity, lies the hope for mankind in this conflict-ridden world.

Gummadi Veerraju
Gummadi Veerraju, (born: 1954), is Andhra University’s Ph.D (Philosophy) and credited with the authorship of several papers on a variety of themes from Gandhian Studies. Currently, he is a senior lecturer in the Department of Philosophy and Religious Studies, Andhra University. Dr. Veerraju teaches ‘Contemporary Western Philosophy’ and ‘African Religions’ and has attended many national and international conferences. He is currently engaged in advanced research in: ‘Globalization of Religion for a Dynamic Society’; ‘Relevance and the need for the study of History and Comparative Religions’; and ‘A Plan of action for resolving Socio-Political and Environmental Issues of the Modern Society’.
Books of Gummadi Veerraju 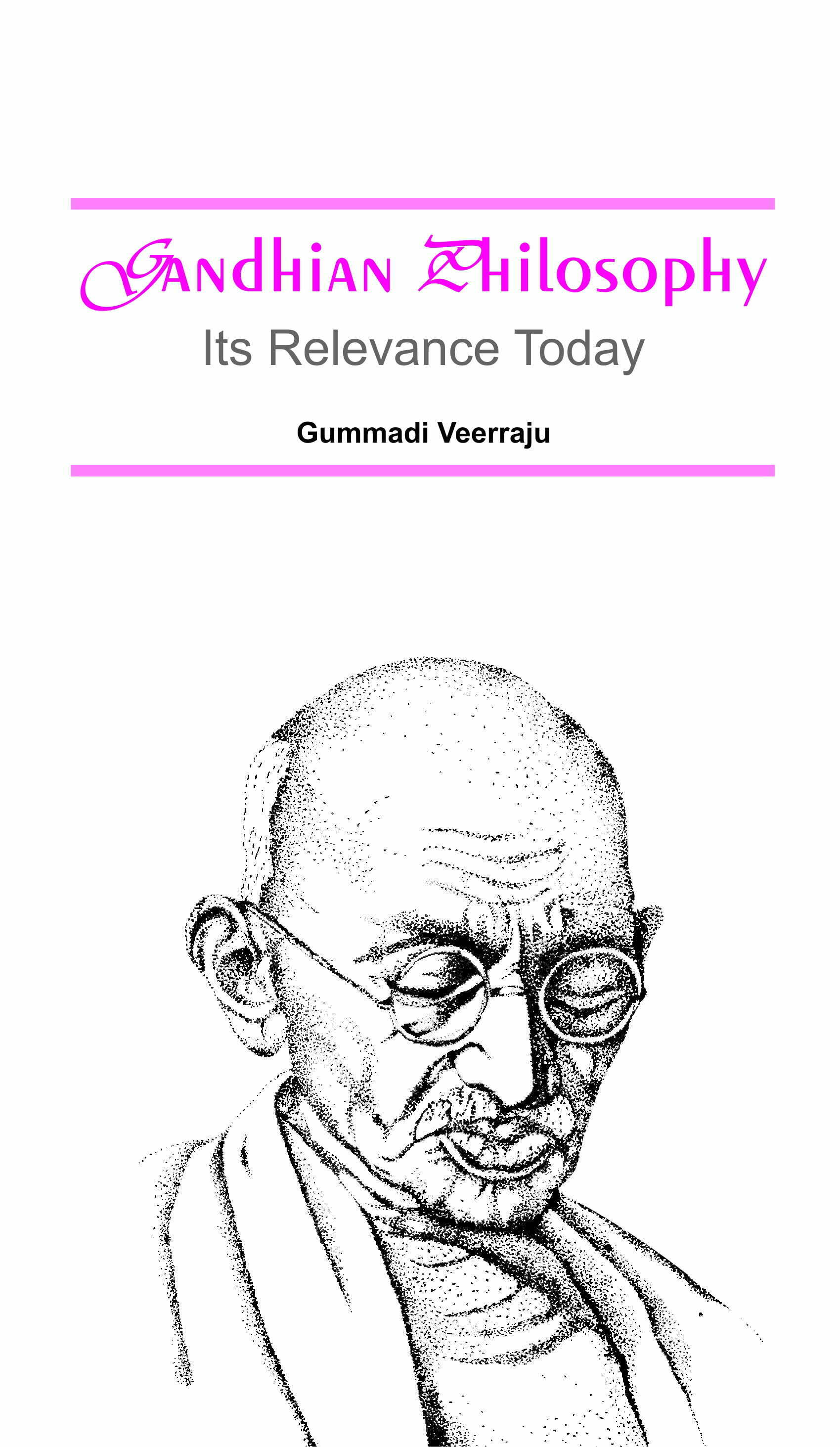