Analysis of Meditation and Theatrical Practice by: David E.R. George

It explores the art and concept of performance in varied Buddhist traditions  Chinese, Japanese, Sri Lankan and others. It explains theatrical performances representing Hinayana, Mahayana and Vajrayana cultures, with extensive endnotes and bibliographical references.

Professor George has ventured into a comparatively unchartered area seeking, as he does, to explore the art and concept of performance in Buddhism  more specially in the context of Buddhist meditation and theatre. Spelling out the epistemology of performance in all its different connotations and definitional nuances, his study opens out an astonishingly vast panorama of the Buddhist theatrical practices in Sri Lanka, China, Japan, Nepal, Tibet . . . and goes on to demonstrate how, within this panorama, three kinds of theatrical practice can be identified, each corresponding to one of the three paths open to a Buddhist: the karma path, the Bodhisattva option, and enlightenment, and each representative of one of the three main cultures of Buddhism  the Hinayana, Mahayana, Vajrayana. Supported by extensive endnotes and bibliographic references, Dr. Georges book also carries a range of case studies of the art of performance in Buddhism, with definitive examples, among others, of the Sri Lankan Kandy dance and Karma drama, Tibetan Chams and Chod, and Japanese Noh. Buddhism as/in Performance is a commendable piece of painstaking research, presented in a jargonless, compellingly readable style. It is certainly a pre-eminent contribution to drama studies, particularly of Buddhist theatrical practices.

David E.R. George
After completing a Doctorate in Comparative Drama at Cambridge University in 1964, David George began a peripatetic career which has seen him teach and live in California, Germany, France, Malaysia, China and Australia. There he took advantage of the proximity of Asia to undertake a further 21 field trips — to India, Bali, Java, Thailand, Sri Lanka, Nepal . . These led to a series of books, monographs and papers on Asian and comparative theatre, and 21 theatre productions, some of them similarly intercultural in their ambition and inspiration. He is currently Professor and Chair of Drama Theatre and Dance at Queens College, City University of New York where he is working on a Buddhist Musical (“Sky Dancer”), establishing a multicultural theatre company, and continuing his research on Buddhist theatre and philosophy.
Books of David E.R. George 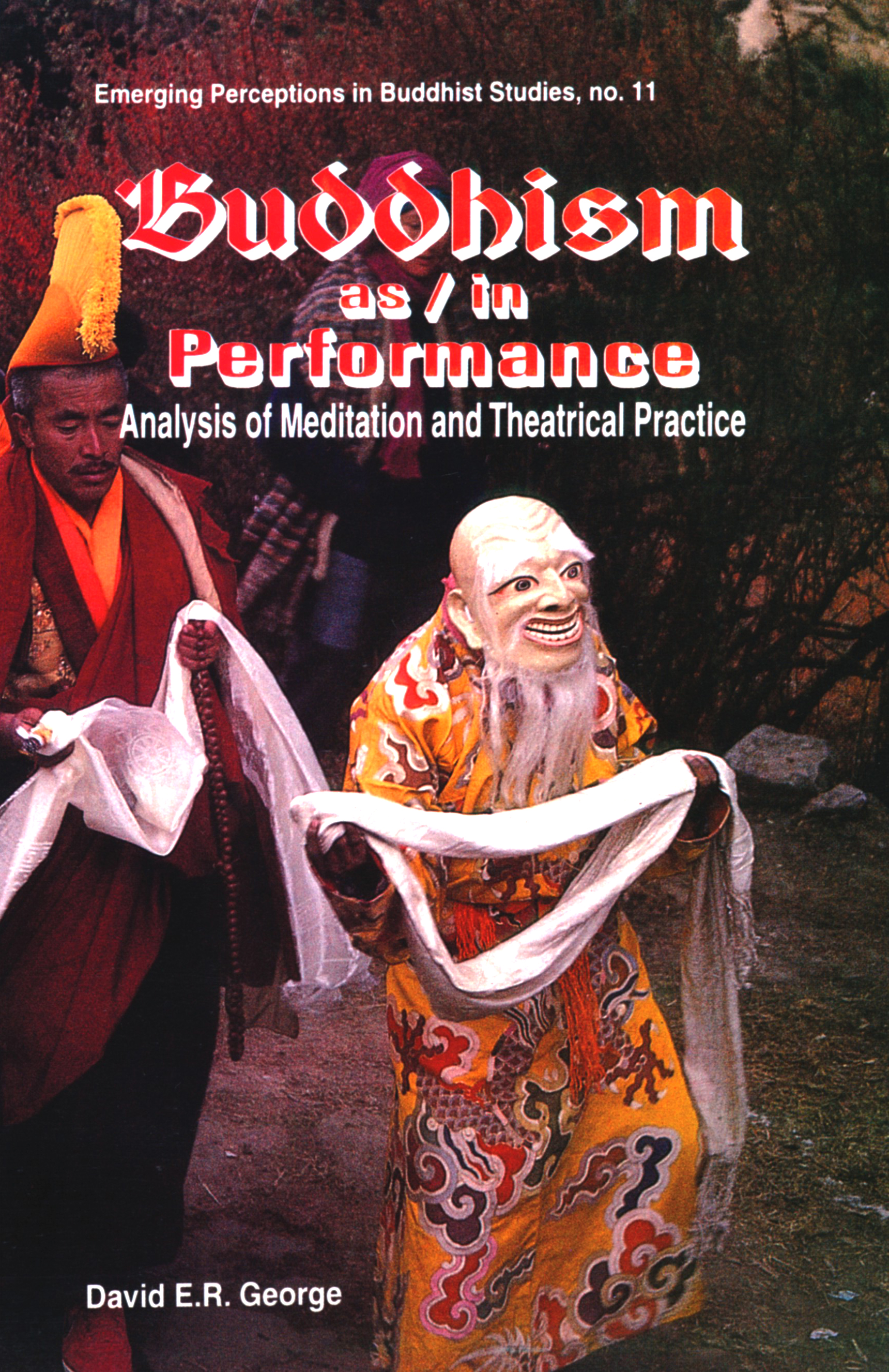