in the Indian Theory of Government by: Keshavram N. Iengar , Rama P. Coomaraswamy

This collection of A.K. Coomaraswamy’s writings expounds the Indian theory of government based on textual sources such as the Brahmanas and the Rigveda. It vividly talks about the relationship between the spiritual and temporal power, paving the way for community welfare.

A literary work built up with parallel citations is apt to grow in the compass of the author himself, from his encyclopaedic scholarship. This revised edition of one of Coomaraswamy’s most significant writings is now being issued by incorporating his own additions to the printed first edition of 1942.
The Indian theory of government is expounded on the basis of the textual sources, mainly of the Brahmanas and the Rigveda. The mantra in the Aitareya Brahmana VIII.27, by which the priest addresses the king, spells out the relation between the spiritual and the temporal power. This ßmarriage formulaû has its analogous applications in the cosmic, political, family and individual spheres of operation, in each by the conjunction of complementary agencies.
The welfare of the community in each case depends upon a succession of obediences and loyalties; that of the subjects to the dual control of king and priest, that of the king to the priest, and that of all to the principle of an External Law (dharma) as king of kings. The king is such by Divine Right, but by no means, an absolute monarch. He may do only what is correct under the Law. Self-control is the sine qua non for the successful government of others; the primary victory is that of the Inner Man.
The application is to the king’, the man of action’ and artist’ in any domain whatever. There is nothing that can be truly and well done or made except by the man in whom the marriage of the Sacerdotium (brahma) and the Regnum (ksatra) has been consummated, nor can any peace be made except by those who have made their peace with themselves.

Keshavram N. Iengar
Sri Keshavram N. Iengar (b. 1928) graduated from Bombay University with a B.Sc. in Physics and Mathematics and a Government Diploma in Architecture. He was also a student at the Federal Institute of Technology, Zurich, Switzerland, from 1948 to 1950. Starting his professional career as an architectural assistant at Madras, he was associated in the field of architecture for over twenty-five years with the Madras and Bangalore universities. Later, he was Professor of Architecture at the B.M.S. College, Bangalore. An amateur Hindustani Khayal singer, Sri Iengar was an exponent of the Gwalior Gharana of Hindustani classical music.
Books of Keshavram N. Iengar 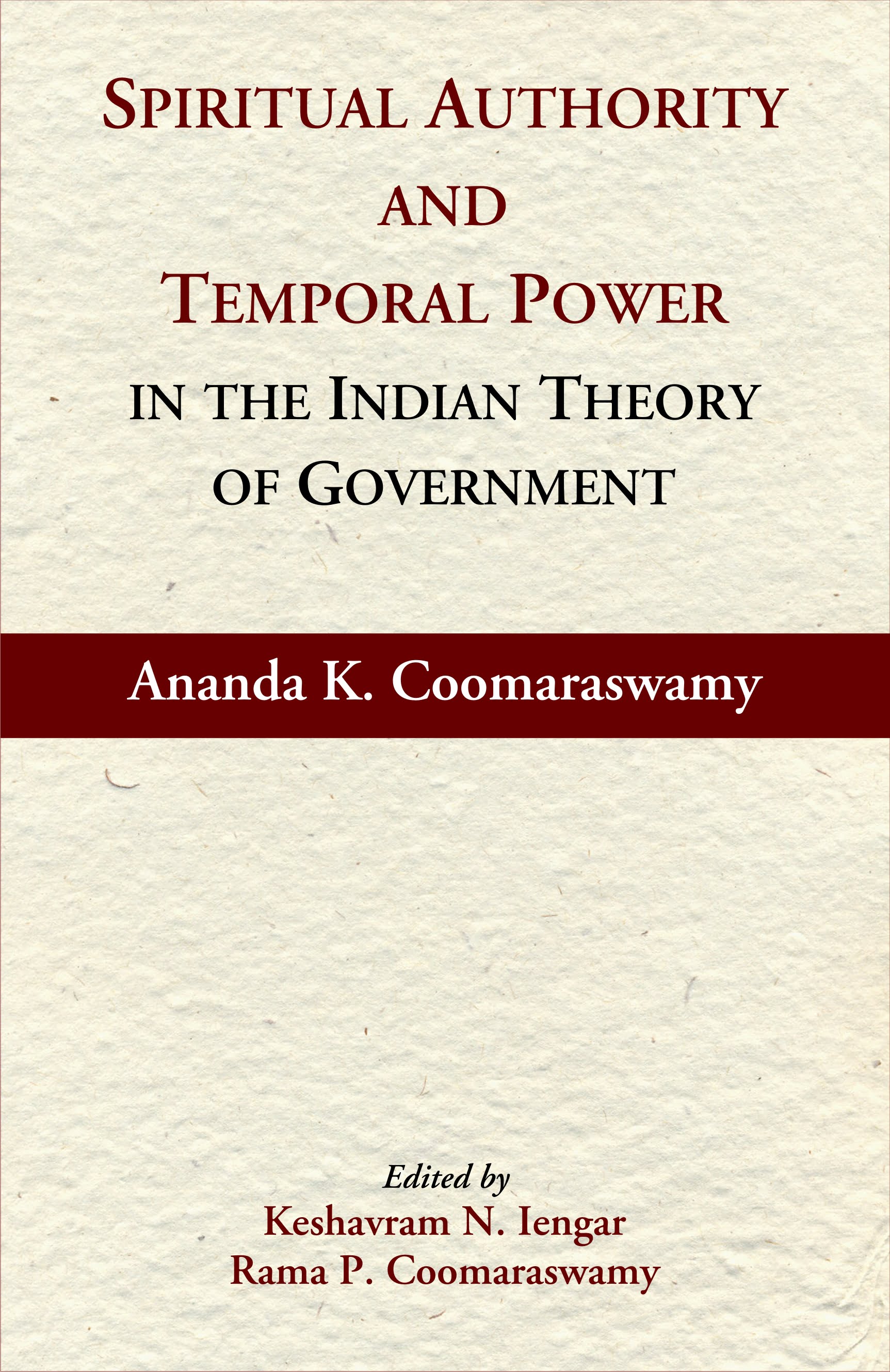