This volume is an endeavour to present the major ecological concepts and processes which may help in refashioning the framework of sociology. It is also an attempt to deal with a comparative social ecology on which rest the foundations of comparative economics and sociology.

This book of Radhakamal Mukerjee, with an introduction of Klaus Seeland, is an authoritative study on social ecology. Social ecology is different in scope from human ecology. Since there is whole gamut of confusion about the term social ecology and its relation with sociology, here is an attempt to detail the essential principles of social ecology and its scientific fruitfulness for sociology.
This volume is an endeavour to present the major ecological concepts and processes which may help in refashioning the framework of sociology. It is also an attempt to deal with a comparative social ecology on which rest the foundations of comparative economics and sociology. Social ecology studies the place, occupation and time relations of persons and groups in their processes of competition, co-operation, conflict, accommodation and succession. It is a vast and virgin field orienting social phenomena on the basis of the give-and-take between life, mind and region.
This book is so comprehensive that it should contribute to a scientific classification of socialecological concepts and to the development of a methodology according to which social economy may form the basis of a new functional and quantitative sociology. Therefore, it should be a referral book for sociology students, teachers and researchers.

Foreword
Preface
1. Society and Symbiosis
The Ecological Processes in Human Society: Distribution
Symbiosis or Division of Labour
Mobility
Competitive Co-operation
The Evolution of Co-operation
Co-ordination of Different Biological Needs of Indivi­duals and the Group
Mind and Sociality
Ecologic, Sexual and Family Integration
Its Combination in the Social Life of Early Man
Evolution of Tools and Traditions in Social Animals
Distinction between Society and Culture
Disharmony between Sex and Gregariousness
2. Limits of Competition and Specialization
The Contrasted, Fundamental Habit Patterns of Compe­tition and Symbiosis
Stratification, a Fundamental Law
Reduction of Competition
Stratified Specialization among the Social Insects
Specialization and Constraint of the Single Organism
Specialization versus Plasticity in Human Society
3. Functions of Dominance and Distance
Social Stratification of Trees, Animals and Men
Circularity of Dominance Relationships in Bird Society
The Biting or Bullying Order in Mammalian Society
Serial Subordination in Anthropoid Society
The Biological Significance of Dominance
The Role of the Leader in Animal Society
Female Societies, Animal and Human
Ways of Expression of Dominant Behaviour
The Roles of Social Distance
Measurement of Social Proximity and Distance
Social Distance and Social Progress
4. Ecological and Social Pyramids
The Universality of Stratification and Integration
The Pyramids of Industrial and Agricultural Communities
The Social Pyramid as an Expression of the Scheme of Values
Transformation of Ecological Base and Values
Succession and Invasion, Ecological and Social
5. The Dynamics of Human Aggregation
and Circulation
The Hierarchy of Habitations
Difference between Concentration and Co-ordination
The Central-Place Scheme of Distribution of Habitations
Measurement of Centrality
The Flow of Human Circulation
The Route of Circulation
The Expansibility of Cities
The Centrifugal Forces
The Role of the Village in Human Circulation
The Tributary Area of Towns
Pattern of Urban Growth and Distribution
The Phenomena of Invasion and Succession
Measurement of Dominance and Invasion
Relation between the GrowthStructure of a City and its Physical Features
Central and Axial Growth
6. The Ecological Balance of Population
Synecology: The Science of Interdependent Populations
The Circulation of Population Elements in an Ecological System
The Organization of Animal Populations in Grasslands
Animal Communities in the Tropical Forest
Checks of Animal Populations
The Pyramidal Structure of Animal Communities
Mans Disturbance of the Balance of Nature
Mans Failure in the Dry Grasslands
Biological Status of Population
The Depletion and Disintegration of the Region
Limitations of Mans Dominance: Climate and Disease
Climatic Controls for Cereals
Ecological Principles of Colonization
Instances of the Failure of Agriculture
Climatic Controls for Domesticated Animals
The Need of a Planned Ecology for Mans Permanence
7. Status: Ecological and Social
The Universality of Stratification
Distinction between Status and Position
Threefold Relationship Involved in Status
Status and Mobility, the Primary Data of Sociology
Status and Personality
Status Determination in Animal and Human Society
Criteria of Status Assignment
Conquest and Status
The Predominance of Stratification over Mobility
The Open and Closed Groups: Class and Caste
Class Divisions in Industrial Society
Patterns of Culture and Status
8. Mans Social and Moral Boundaries
Mans Limited Field of Activity and Goals
Social Pathological Features in Caste and Class
The Standard of Living, the Symbol of Status
The Conflict between Status and Family Life
Intermingling of Class and Caste in the East and the West
Stratification in Relation to Technology
The Role of the Individual in Status Acquisition
Interweaving of Ecological and Social Relationship
The Dynamic Concourse of Ecology, Mind and Culture
The Ethics of Appropriation and Participation
The Apotheosis of Status into a Religion in China and India
The Reconciliation of Limited Social Space
or Status with Universalities in the East
Life-Planning in Terms of Definite and Restricted Life-Goals
9. Mobility: Ecological and Social
Types of Ecological Mobility
Ecological and Social Relationships
Ecological and Social Mobility in Village and City
Mobility and Civilization
10. Time, Technics and Society
Ecological and Personal Time
The Genesis of Social Time
Coincidence of Agricultural and Social Rhythms
The Imperatives of Mechanical Time and Rhythm
Punctuality as a Social Habit
Effects of Machine and Speed upon Human Body and Mind
Disintegration of the Rhythm of Life
The Need of a Planned Technology Technological Idleness
11. Freedom of Social Mobility
The Modern Stratified Class System
Dangers to Democracy and Culture
Contrasted Methods in Democratic and Dictator States
Contrasted Means of Social Control in the Primary and Secondary Group Environment
The Need of Revaluation and of a New Ethical Personality
Old Primary Group Mores as Misfits
Ethical Demands of the Secondary Group Environment
Mystical Religion as the Inspiration of Social Idealism
12. Ecological and Cultural Patterns
of Social Organization
The Contrast between Ecological and Cultural Behaviour
Types of Habitation and Community Life
Contrasted Types of Institutions
The Intermingling of Ecological and Cultural Principles
Misfits of Old Mores in the Community Framework
Causes of the Present Cultural Crisis
Recovery of Small Communities
13. The Ecology Behind Economics
The Concept of a National Economic Region
The Culture Area among the Primitive Peoples
Mixture of Economic Stages and Types
Cultural Type and the Ecological Resource Pattern
Social Contrasts between Rice and Wheat Cultures
The Development of the Rural Community
The Autonomous vs. Feudal type of Agrarian Organization
The Rural Community in Transition
Social Anomie
14. The Ecology Behind Politics
Needs of Economic Diversity and Orientation
The Tasks of Regionalism
Schemes of National Regional Planning
Regionalism in Politics
Dissociation of Nationality from its Ecological Background in Europe
Localism vs. Centralization
15. Social Equilibrium
Progressive Uplift of the Equilibrium Processes
The Web of Life
The Web of Institutions
Criteria of Social Equilibrium
Disequilibrium, Inherent in the Modern Economic System
The Scheme of Social Status and Values
Towards Greater Wholeness
The Mechanisms of Social Equilibrium
Social Equilibrium, an Integral Personality-Social Experience
Index

Radhakamal Mukerjee
Radhakamal Mukerjee (1889-1968), professor of economics and sociology, was Vice-Chancellor of the University of Lucknow. He was one of the founders of Lucknow School of Sociology. A prolific writer, he has to his credit numerous titles on economics and sociology. Principles of Comparative Economics (2 vols.), The Foundations of Indian Economics, Rural Economy of India, Democracies of the East, Food Planning for Four Hundred Million, Regional Sociology, The Theory and Art of Mysticism, Groundwork of Economics, Migrant Asia, The Regional Balance of Man, The Land Problems of India, The Changing Face of Bengal, Man and His Habitation, The Institutional Theory of Economics, and The Political Economy of Population were his other books. Prof. Mukerjee also co-authored Introduction to Social Psychology (with N.N. Sen Gupta). He edited two books — Economic Problems of Modern India (2 vols.), and Fields and Farmers in Oudh.
Books of Radhakamal Mukerjee 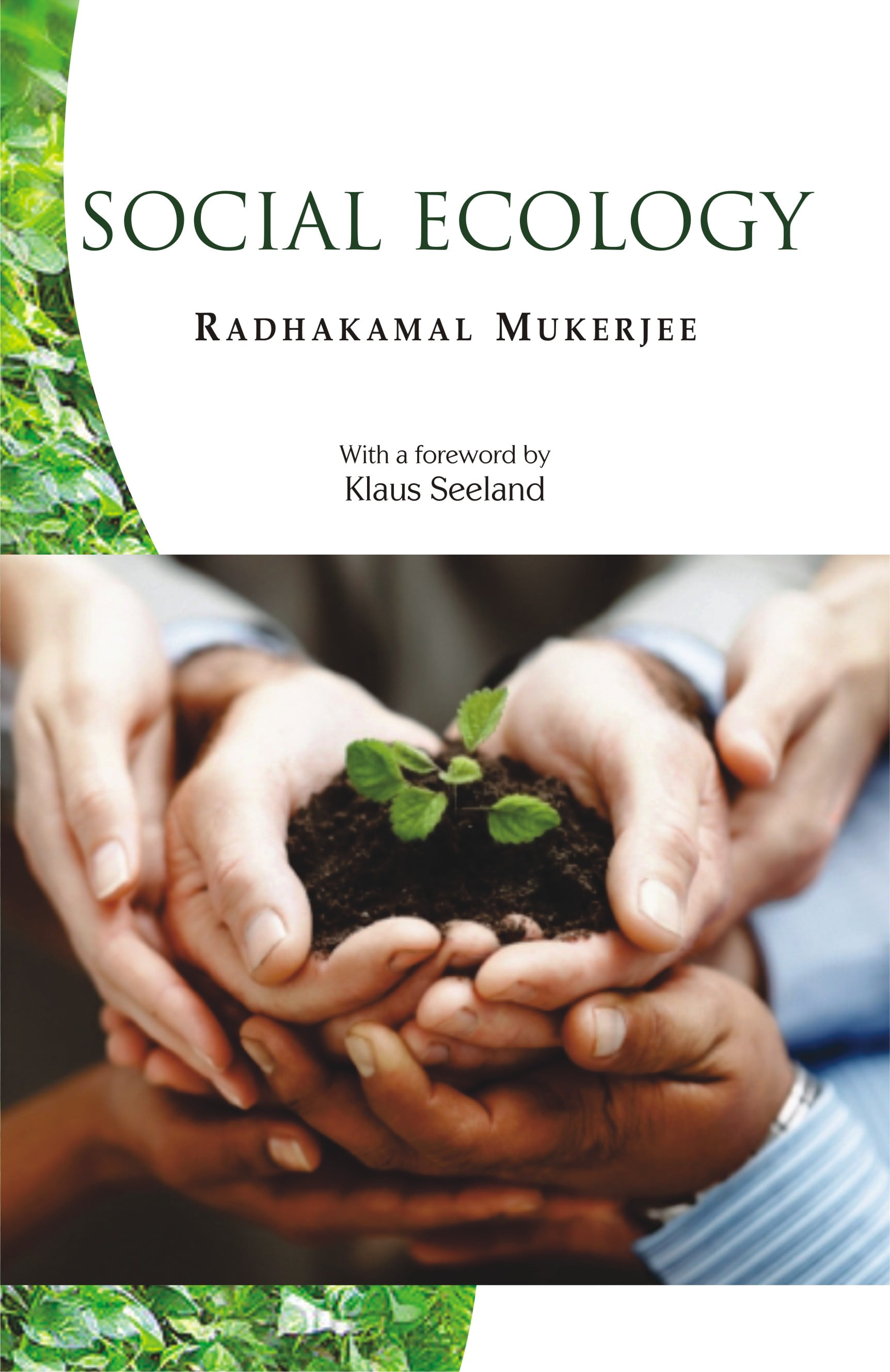