This composition of the sixteenth century, edited and commentated upon by Acharya Bhagawat Sharan Sukhla, introduces eighty-seven ragas, some are famous such as Bhairav, Bhairavi, Vasant, Tohri and Malkauns, and some are little known like Rodika, Saurashtri, Aothi, Yogi Bangalika and Kurai. It is part of the ongoing efforts of the National Mission for Manuscripts, giving exposure to the unpublished Sanskrit volumes.

The experiences and knowledge from our past are recorded in manuscripts which have been handed down to us over several thousand years. The Government of India, through the Department of Culture, took note of the importance of the vast tangible heritage and in order to preserve and conserve as well as to make access to this wealth easy, established the National Mission for Manuscripts. In order to disseminate the knowledge content of manuscripts, the Mission has taken up several programmes such as lectures, seminars and workshops. The Mission has published the proceedings of the above-said programmes under the following series: Samrakshika (on conservation), Kritibodha (critically edited texts), Tattvabodha (comprises lectures based on some manuscripts delivered by eminent scholars) and Samiksika (research-oriented papers as presented in the seminars). This year, the National Mission for Manuscripts has taken up a project for publishing rare and unpublished manuscripts in three formats  (a) Facsimile, (b) Critical edition (illustrated and single copy manuscript), (c) Critical edition with annotation and translation. This new series has been named as Prakashika. Ragarnavam, critically edited by Acharya Bhagawat Sharan Shukla, comes under this series.
The happiness from the knowledge of music is well-known. From the very beginning of creation, music was the part and parcel of human civilization. Its relevance to our lives is known from the Vedic period. Besides nataka, Rishi Bharata is considered as the acarya of music too. To enrich this knowledge, many saint-composers devoted themselves to shastraic compositions. Ragarnavam is one of such compositions. Though no details are available on the compositor, this work is a sufficient proof of the composer’s mastery.
Ragarnavam, it is believed, was composed somewhere in the sixteenth century. It is a collection of eighty lyrics. Acharya Bhagawat Sharan Shukla has edited and written commentary on it, in the backdrop of the two available manuscripts of this composition. This composition introduces nearly eighty-seven ragas  some are famous, some are little known. While this composition details famous ragas like Bhairav, Bhairavi, Vasant, Torhi, and Malkosh, it features ragas like Rodika, Saurashtri, Aothi, Yogi Bangalika, Kurai, as well.
This book will definitely be a boon to the music lovers. It can even entice researchers on music. This volume is part of the ongoing efforts of the National Mission for Manuscripts, giving exposure to the unpublished Sanskrit volumes.

Bhagavatsharan Shukla
Acharya Bhagawatsharan Shukla, PhD, is known as Navyavyakaranacharya, Navyanyayashastri, Sangeetpraveen (Flute), traditional or vaidic karmakanda specialist, dharmashastra and jyotish knowledge holder and artist of Akashvani (Varanasi). He has been educated in music by late Pandit Bholanath “Prasanna”. He is currently Associate Professor in the Department of Vyakarana of Kashi Hindu Vishwavidyalaya. He has composed Paribhasharth Chandika, Mahabhashyatattva Vimarsha, Siddhanta Kaumudikaraka Prakaranatika, Vaidic-tattvavimarsha, Pariharshashthivrata-katha (with commentary), Saudamini Shodhpatrika, etc. Acharya Shukla has been credited with titles like Vyakarana Shastrarth, Vedapandit, and Sanskrit Maha-mahopadhyaya. His compositions have been published in national and international journals.
Books of Bhagavatsharan Shukla 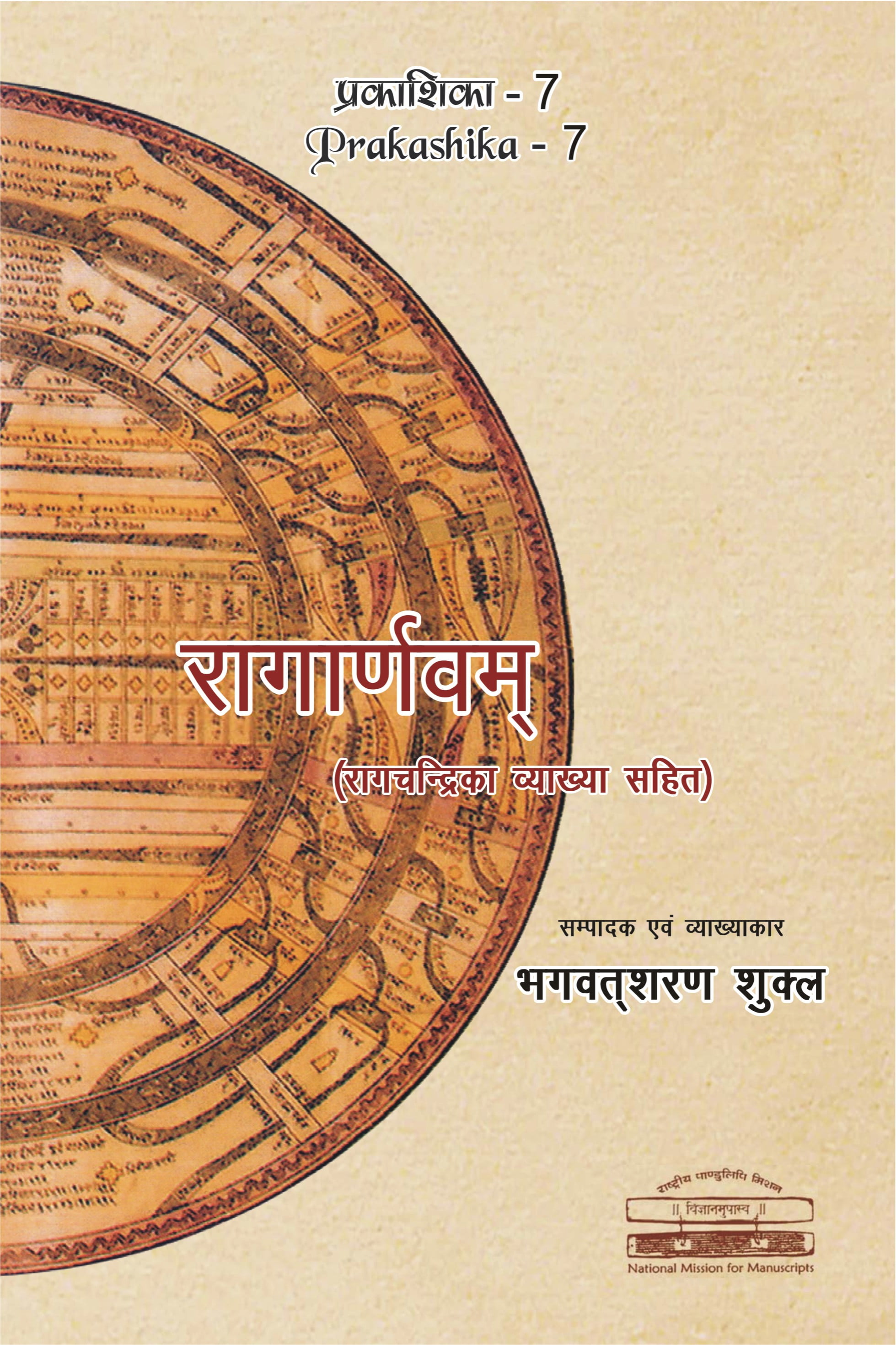