This book is about the culture of performing traditional dance, drama and musical forms for tourists, and is based on the research carried out at Ubud (Bali/Indonesia). This book argues that the achievements made by the custodians of the Balinese performance culture in Ubud need to be given a greater consideration because of: (a) existence and condition of traditional dance, drama and musical forms in several geo-cultural spaces throughout the world, (b) emergence of eco-cultural tourism, and (c) exigency of practising art and knowledge of performing and managing traditional dance and drama forms in changed social and cultural contexts.
This book argues that religious and cultural faith associated with certain traditional dance, drama and musical forms alone cannot help the later ones to flourish in their multiple forms. To carve out a secure future for such cultural art forms, individual talents need to invent and intervene from within.
This book makes a suggestion that the people of the Asian countries should not only live with feelings of sharing similar traditional art forms of the olden days but should also look at the present reality of the times when transformations are taking place in such traditional art forms because of the cross-cultural movements of people, especially those of the tourists.
Cover illustrations
Front: A moment when audiences find themselves intensely watching a performance.
Back: A board mentioning about the schedule for performance put in front of the Banjar building in the Monkey Forest area. 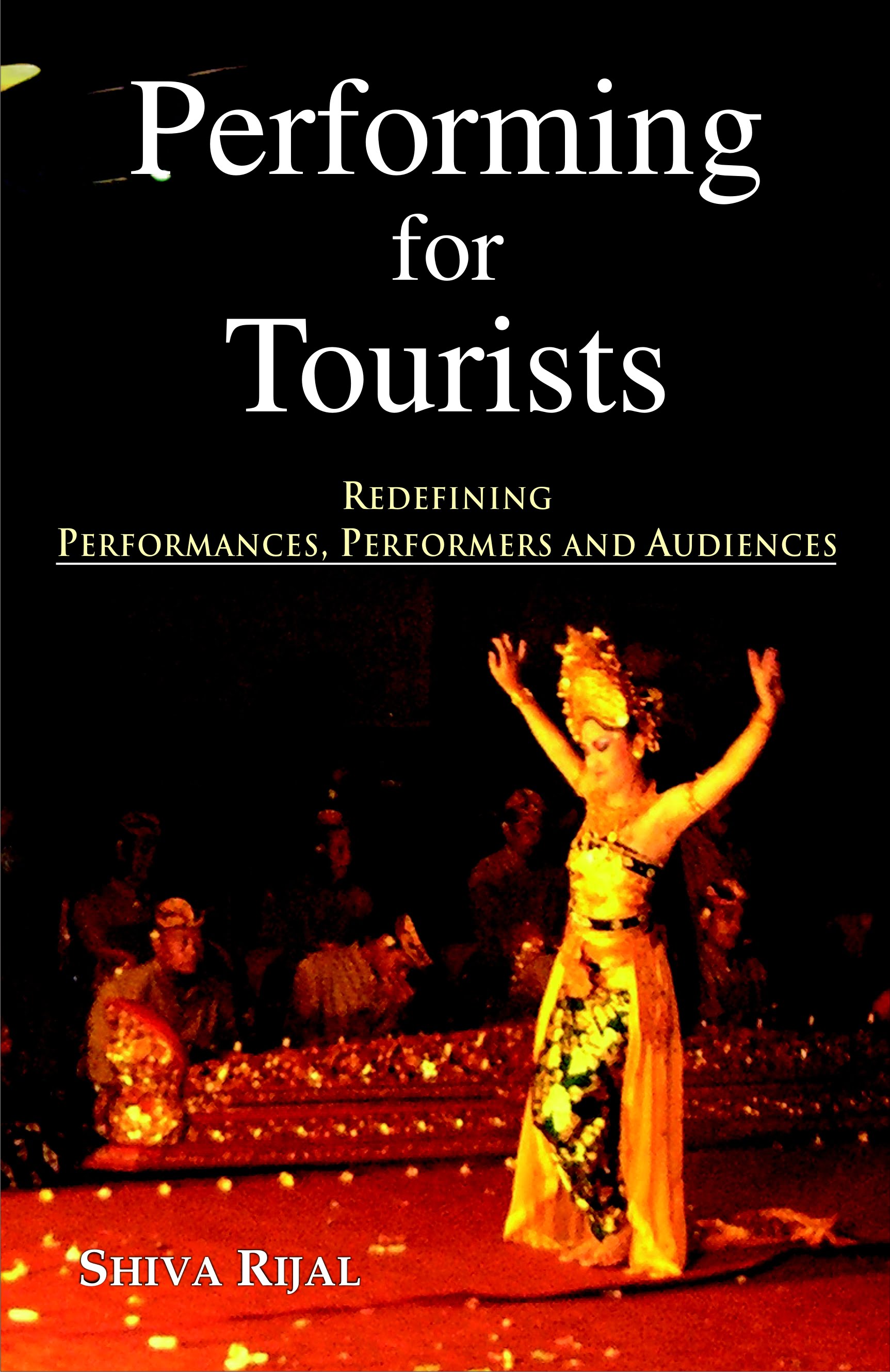