This critical edition of Nitiprakasika, while unveiling Rajaniti and Dhanurvidya, compares it with the Vedic literature and a few medieval comparative texts on polity. It also discusses in detail the weapons and training on them, military organization, battle arrays, types of war, ethics of war, psychology and philosophy of Dhanurvidya among many other aspects.

The experiences and knowledge from our past are recorded in manuscripts which have been handed down to us over several thousand years. The Government of India, through the Department of Culture, took note of the importance of the vast tangible heritage and, in order to preserve and conserve as well as to make access to this wealth easy, established the National Mission for Manuscripts. In order to disseminate the knowledge content of manuscripts, the Mission has taken up several programmes such as lectures, seminars and workshops. The Mission has published the proceedings of the above-said programmes under the following series: Samrakshika (on conservation), Tattvabodha (comprises lectures based on some manuscripts delivered by eminent scholars), Samikshika (research-oriented papers as presented in the seminars), and Kritibodha (transcribed and edited text prepared at advance level manuscriptology workshops conducted by the NMM.
The National Mission for Manuscripts has taken up a project for publishing rare and unpublished manuscripts in three formats  (a) Facsimile, (b) Critical edition (illustrated and single copy manuscript), and (c) Critical edition with annotation and translation. This new series has been named as Prakashika. Nitiprakashika critically edited by Dr Urmi Shah comes under this Prakashika series.
Nitiprakashika is a treatise delineating Nitishastra, i.e. Rajaniti and Dhanurvidya scripted by Sage Vaishampayana who learnt it from his guru Veda Vyasa and became the master of its Taittiriya branch, and revealed it to the King Janamejaya.
This critical edition makes a detailed study of Nitisastra and compares it with the Vedic literature, Dharmasastras, Kautilyas Arthasastra, Ramayana, Mahabharata, Dhanurveda Samhitas, Kamandaka Nitisara, Sukra-Nitisara and a few medieval comparative texts on polity along with some regional works on Rajaniti. It also discusses in detail the weapons and training on them, military organization, battle arrays, types of war, ethics of war, psychology and philosophy of Dhanurvidya, and the critical text of Nitisastra with Sitaramas commentary Tattvavivrti in Sanskrit with English translation.
This high-value academic work should entice all who are desirous of knowing about the ancient philosophy on war, warfare and polity, and serve them as a referral book on Rajaniti and Dhanurvidya.

Foreword
Preface
I. Introduction
1. The Manuscripts: Details and Codification
2. Evaluation of the MSS
3. Observations from NP and CTV
4. The Author and the Commentator
5. Subject in Brief
6. Parallel Verses
7. Conclusion
8. Concordance
II. Nitiprakashika
1. A Detailed Study
2. Glimpses of Rajadharma: A Comparative Study
3. Nitiprakashika: Its Contemporary Relevance
III. The Critical Text of the Nitiprakashika with the Commentary Tattvavivriti and
the Translation
IV. Appendices
1. A List of the Subjects
2. The Tribes Mentioned in Nitiprakashika
3. Authors and Works Referred to in the Commentary
4. An Alphabetical List of Verses
5. Glossarial Index
Bibliography

Urmi S. Shah
Dr Urmi Samir Shah took her Bachelor’s and Master’s degrees in Sanskrit from Elphinstone College, topping in the University of Bombay, followed by B.Lib.Sc. She pursued her doctoral studies from St. Xavier’s College, Ahmedabad and got involved in academic activities as Associate Professor in Sanskrit at the same college since 1990. Dr Shah has presented more than fifty research papers mostly on the topics of Puranas and Dharmasastras in national and international conferences and seminars.
Books of Urmi S. Shah 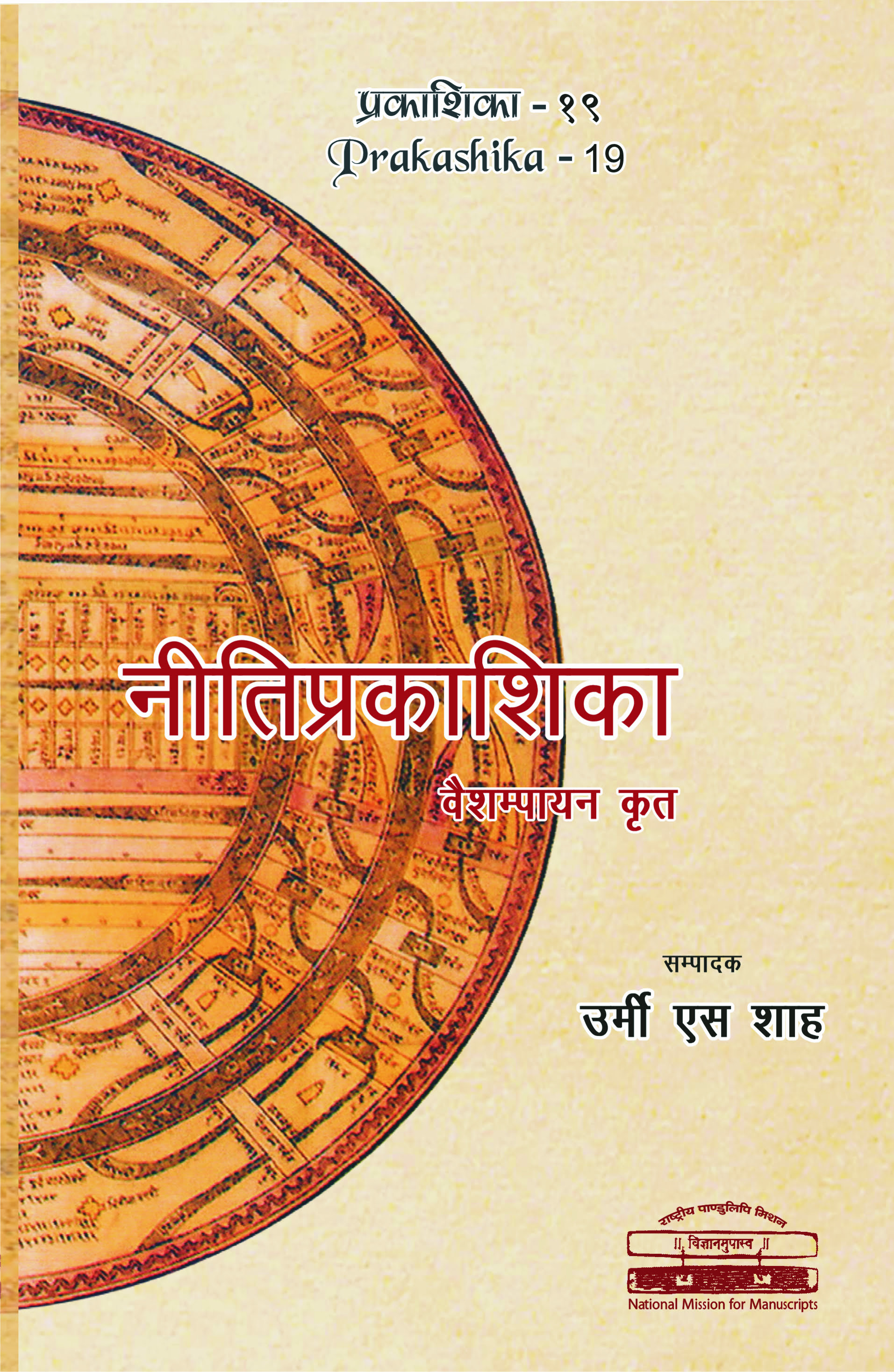