Matrimonial alliances between royal families were a prominent feature of politics in ancient India. Beginning with matrimonial relations among the shodash-mahajanapadas, the book traces alliances formed by the Nandas, Mauryas, Indo-Greeks, Shakas, the Imperial and later Guptas, etc. from the sixth century bce to the seventh century ce.

Matrimonial alliances between royal families to further the power, prestige and influence were a prominent feature of politics in ancient India. This volume examines the matrimonial alliances among the ruling dynasties of ancient India from the sixth century bce to the seventh century ce. Beginning with matrimonial relations among the shodash-mahajanapadas that flourished before the time of the Buddha, the book traces alliances formed by the Nandas, Mauryas, Shungas, Satavahanas, Cedis, Indo-Greeks, Shakas, Pahlavas and Kushanas, the Imperial Guptas, Vakatakas, the Later Guptas, Maukharis and Varadhanas. Dr Preeti Prabhat studies the important places accorded to such alliances by rulers in their foreign policies. She views their beneficial and adverse impact for royalty. They led to expansion as in the case of the Mauryan kingdom, opened new avenues for economic growth, and helped powers retain their independence as for the Satavahanas (from the Shakas). But they also created jealousies and rivalries between family members and neighbouring kingdoms. She relies on a host of historical accounts from Ceylonese Chronicles and Greek writings to Hindu religious literature and secular writings as well as archaeological evidence including epigraphic and numismatical sources to produce a comprehensive research. The book will interest scholars of Indian history focused on ancient Indian polity as well as general readers interested in knowing about politics of mighty kings and kingdoms of ancient India. 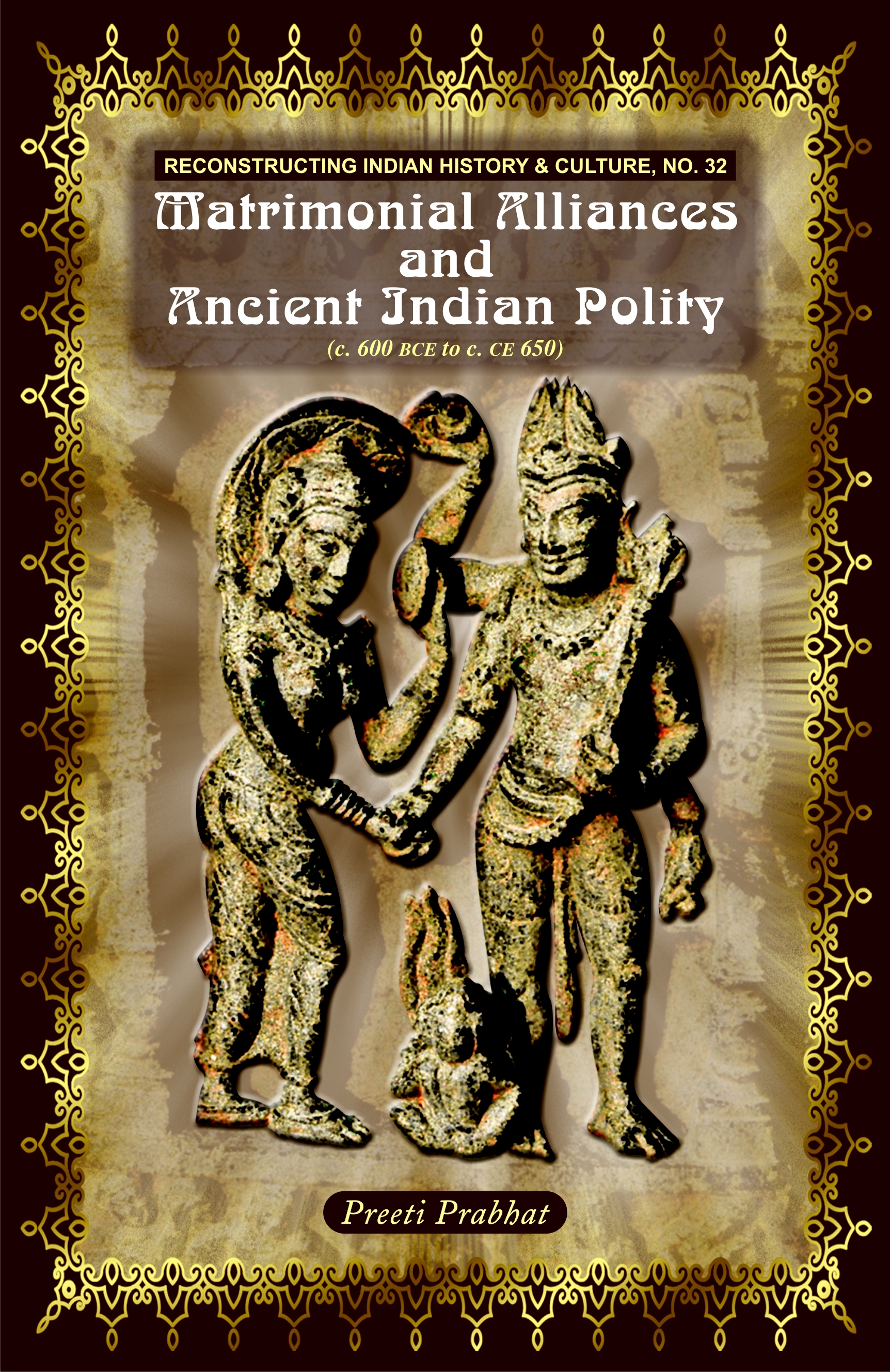