This book, presented in three parts, surveys the history of the Jaina dharma, its expansion under the Mauryas and Kharawelas, its nourishment by Cauhana, Paramara, Calukya, Rastrakuta and Ganga Kingdoms, its profound influence on life in India, particularly during the middle ages, and its survival during the Muslim rule.

History of Jainism has been presented here in three parts. The first part tries to prove through the archaeological and literary sources the historicity of Tirthankara, Parshvanatha and Mahavira, explaining their life and education besides religious, political, social, artistic and literary conditions of their times.
The second part surveys the history of the Jaina dharma, its expansion and significance. The effects of Jaina dharma increased when Mauryas were ruling Magadha and Kharawelas ruled Orissa. No doubt, the period from the ninth to twelfth centuries ce was a golden time in the history of Jainism and even traders, labourers and craftsmen were highly influenced by it during Kushana period. Seen geographically, Cauhana, Paramara and Calukya were acting as watchmen for Jainism in the north, and in the south it was being nourished by Rashtrakuta and Ganga (Kingdoms). Many Jaina temples were constructed, and monuments erected in honour of their deities. This part illustrates the many ways in which Jainism was served by the Jaina monks, saints, scholars and the politicians and answers questions such as: What kind of religious and social unions were made after the division and what were their traditional characteristics? How were the different leagues and monasteries of Jaina sages made? What was the lineage of various castes and how it originated?
The third part, associated with the middle ages of Jainism, describes that even though there was Muslim rule, still many organizations were sponsored with the influence of Jainism. Truthfully, there was a decline in Jainism during the middle ages but it remained protected. Many pilgrimages and historical places were established with the great influence of Jainism. Dr A.H. Nizami has written here about the Muslim reign, conditions of Jainism and also about the admirable Jainas. Dr Surendra Gopal has described the social and financial conditions prevailing during this period. Dr Shyam Sunder Nigam has penned on the Middle Ages of India and Dr Prakash Chandra Jain has written about the Jaina religion in the Middle Ages in Malwa region.
This monumental work will be a treat for the minds and eyes of people curious about Jainism.

Volume I
Jainism Before and in the Age of Mahavira
1. Jainism before Lord Mahavira
Jaina Religion as Eternal — Archaeological Evidence to Ascertain the Truthfulness of the Jaina Traditions — The Theory of 24 Tirthamkaras — Rishabha as Founder of Jainism — Arishthanemi or Neminatha as Tirthamkara — Jainism as a pre-Vedic Religion — Parshvanatha as a Historical Figure — Archaeological Cultures
2. Sources
Mahavira Age
Post-Mahavira Age


3. Life of Lord Mahavira
His Clan — His Birth and Parentage — Birthplace — Childhood — Life of a Householder
His Ascetic Life: His Twelve Years of Preparation
Mahaviras Penance in a Cemetery at Ujjain — Kevala-jnana — First Sermon — Eleven Disciples (Ganadharas) — Four Orders of the Jaina Community (samgha) — Places of Rainy Seasons (Caturmasa) — Influence on Lay-Followers (Shravakas) — Royal Patronage — Mahavira and the Buddha — Schisms — Nirvana — The Theory of Mahaviras Nirvana in 467 bce — 477 bce — 484 bce — 486 bce — 488 bce — 490 bce — 498 bce — 545 bce — 437 bce — Criticism of the above Theories — The Theory of Mahaviras Nirvana in 527 bce — Personality
4. Teachings of Mahavira
Nirvana — Right Faith (Darsana), Right Knowledge (Jnana), and Right Conduct (Caritra) — Austerities — Five Vows (Vratas) for the Ascetics — Doctrine of the Nine Categories or Truths (Nava Tattva) — Theory of Karma — Six Lesyas — Doctrine of Nayas — Exertion of Righteousness — The Four Requisites — Impurity — Death Against (and with) Ones Will — On Discipline — Actions of Ignorant and Wise Men — Vanity of Worldly Pleasures — The Causes of Carelessness — Sinful and Wicked Deeds — Hells — A Gloomy View of the World — Real Brahmana — Code of Conduct for Ascetics — Discipline — On Troubles — The Leaf of the Tree — The True Monk — The Ten Conditions of Perfect Chastity — Bad Monks — Duties of a Monk — The Samitis and the Guptis — The Correct Behaviour of Monks during the Several Parts of Day and Night — Mode of Life — The Houseless Monk — Begging Food — Modes of Speech — Walking — Begging Clothes — Begging for a Bowl — Spot Where One can Ease Oneself — Other Miscellaneous Acts
5. Age of Mahavira
Lord Mahaviras Religious Contemporaries and Contemporary sects
Other Schools and Sects
Vedic Pantheon and Religious Practices
Political Conditions
Political Institutions
Social Conditions
Social Organization
Slavery — Orders or Stages of Life — Family Life
Marriage
The Courtesans — Food and Drink — Dress and Ornaments — Furniture and Utensils — Festivals and Games
Economic Conditions
Forest Tracts
Arts, Crafts, Professions and Industries
Trade and Commerce
Oversea Trade
Organization of Trade and Industries
Coinage
Prices — Fees and Salaries — Loans and Interest — Weights and Measures
Art and Architecture
Education, Literature and Sciences
Vedanga Literature
Index

Volume II
Historical Survey and Spread of Jainism
6. Historical Role of Jainism
The Nandas (c. 364-324 bce) — Account of the Greek Writers of Western India — The Mauryas (324-187 bce) — The Shungas (187-75 bce) — Pushyamitra (c. 187-151 bce) — Spread of Jainism — The Cedi (Maha-Meghavahana) — Dynasty of Kalinga (Orissa) — Murundas — Tamil-desha — Mathura Region (Surasena Janapada) (c. 208 bce — ce 200) — Avanti, Maharashtra and Saurashtras — The Satavahanas — Foreign Invasions, Gandhara Janapada and Others (i.e. 250 bce Ý c. ce 300) — The Guptas (c. ce 300Ý500) — Post-Gupta Period — Account of Hieun-Tsang (Yuan Chwang) — Record of the Muslim Visitors about Jainism in Western India — Deccan (c. ce 300-600) — The Gangas of Talkad — The Kadambas (c. ce 340-600) — Western Calukyas of Vatapi (Modern Badami) — North India (c. ce 800-1200) — The Imperial Pratiharas — Badagurjara Pratiharas of Rajorgarh — The Cahamanas — Under the Cauhanas — The Cauhanas of Candravada — The Paramaras — The Calukyas — The Rathoras of Hathundi — The Yaduvamshi or Surasena kings of Bayana or Shripatha — The Tomaras of Delhi — The Kalacuris — The Candelas of Jejakabhukti (Bundelkhand) — The Kacchapaghatas — The Palas and the Senas of Bengal — Keshari Dynasty of Orissa — Punjab, Himachal Pradesh and Haryana — Jainism During the Reign of the Rashtrakutas — The Pallavas — The Imperial Colas — The Pandyas of Madurai — The Western Gangas — The Later Calukyas — The Western Calukyas — The Shilaharas — The Hoyasalas of Dvarasamudra — Feudatories and High Officials — The Kakatiyas of Warangal — The Kalacuris of the South — The Yadavas of Devagiri — Colonial and Cultural Expansion in South-East Asia — The Age of Conflict — The Delhi Sultanate (ce 1200-1400) — The Slave Dynasty — The Khaljis (ce 1290-1320) — The Sultans of Mandu — The Muslim Rule in Gujarat (Fourteenth-Fifteenth Century ce) — During the Fourteenth-Fifteenth Centuries — The Vijayanagara Kingdom — The Moguls — Shravaka Dharma or Shravakacara
7. Jaina Monks, Statesmen and Shravakas
Jaina Monks
Jaina Statesmen
Shravakas
Karma Shaha 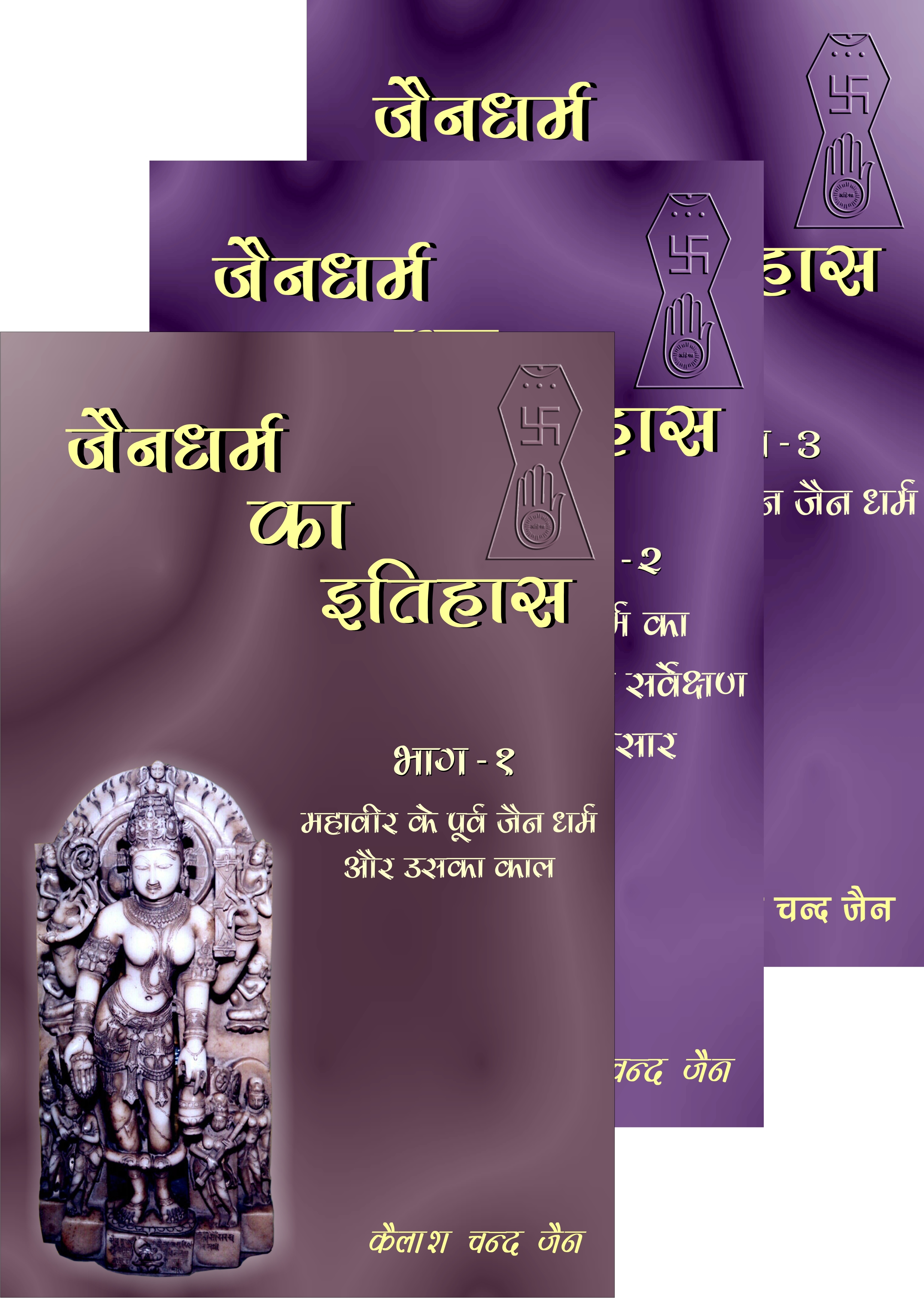 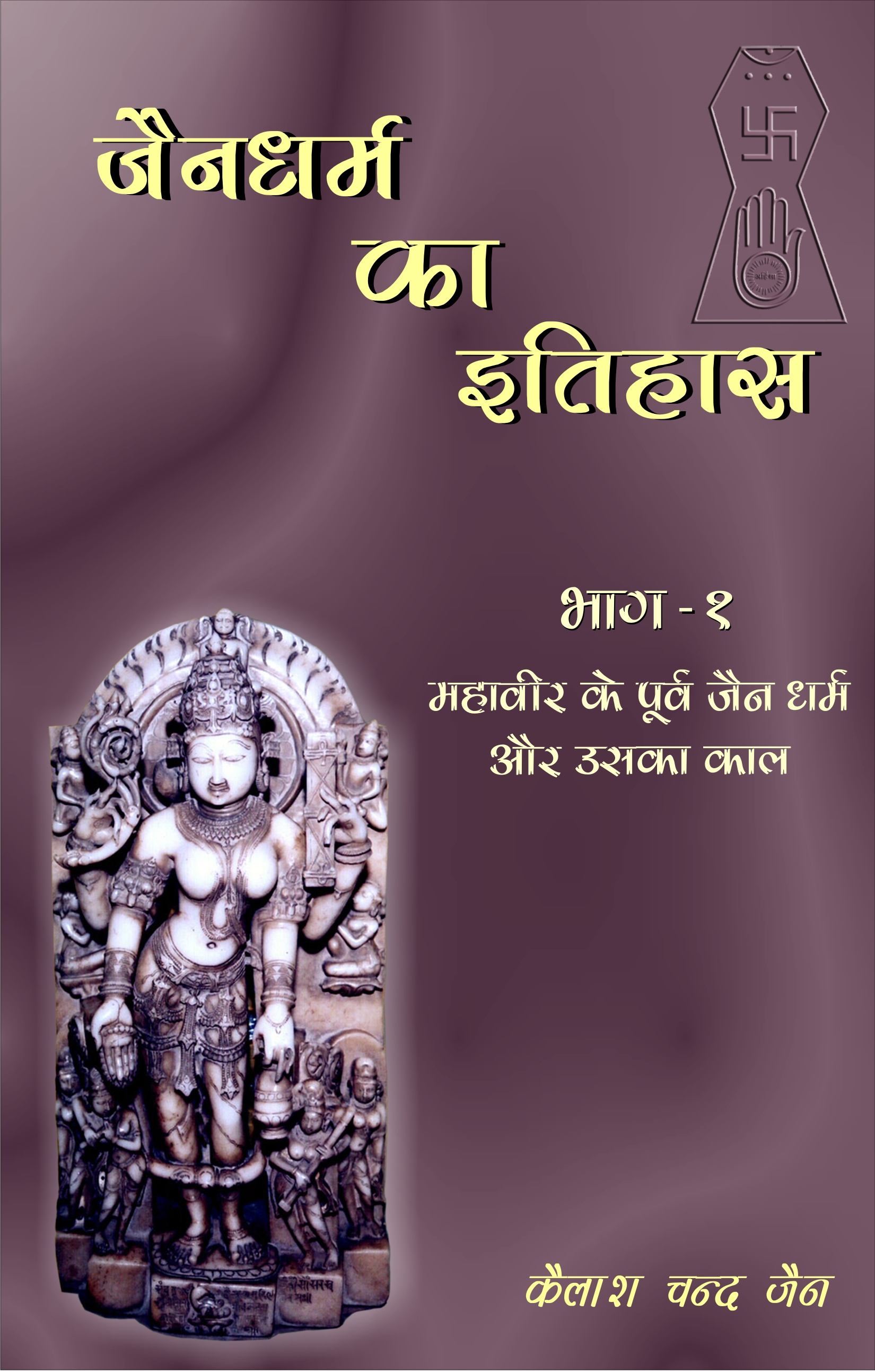 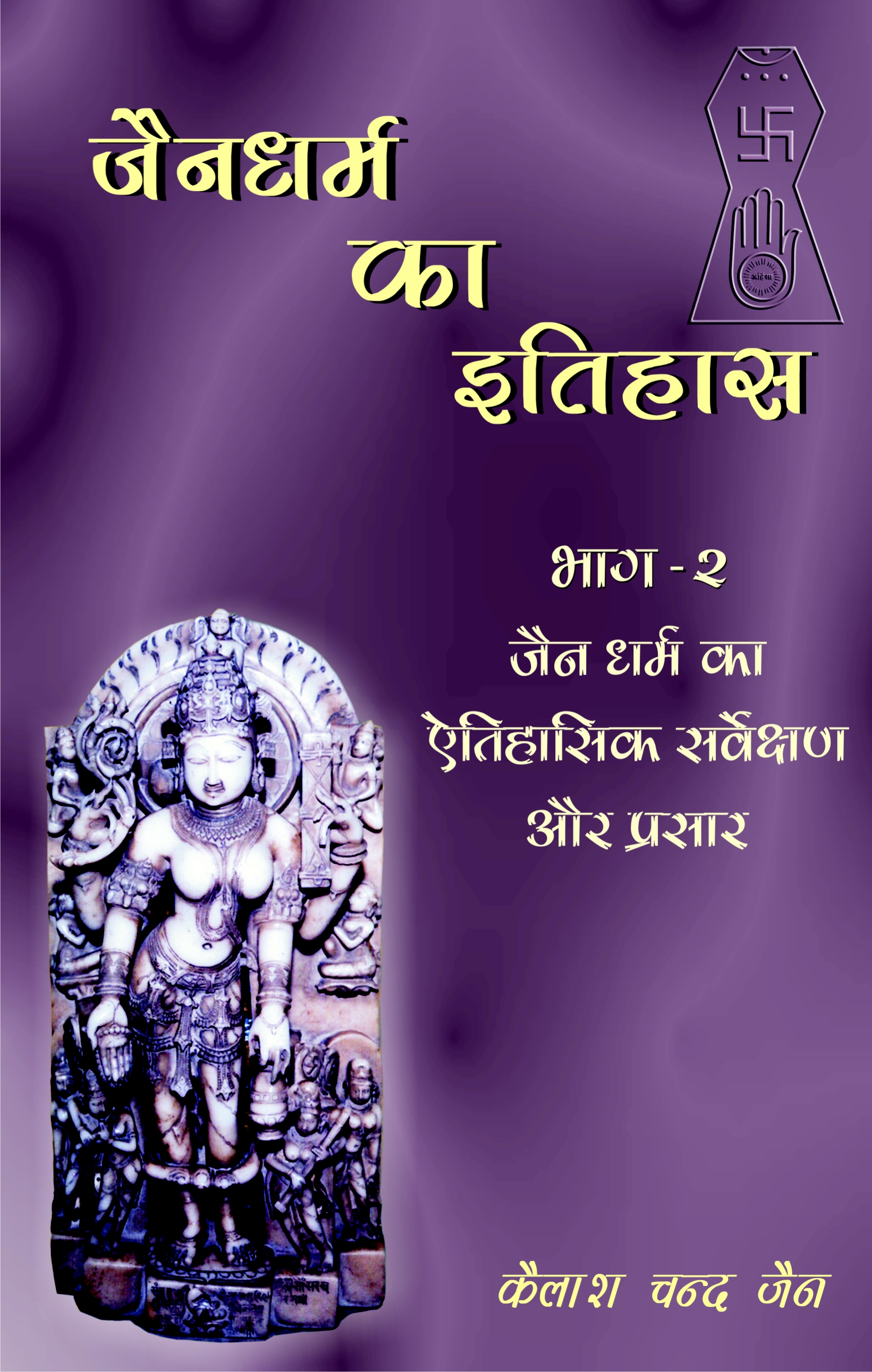 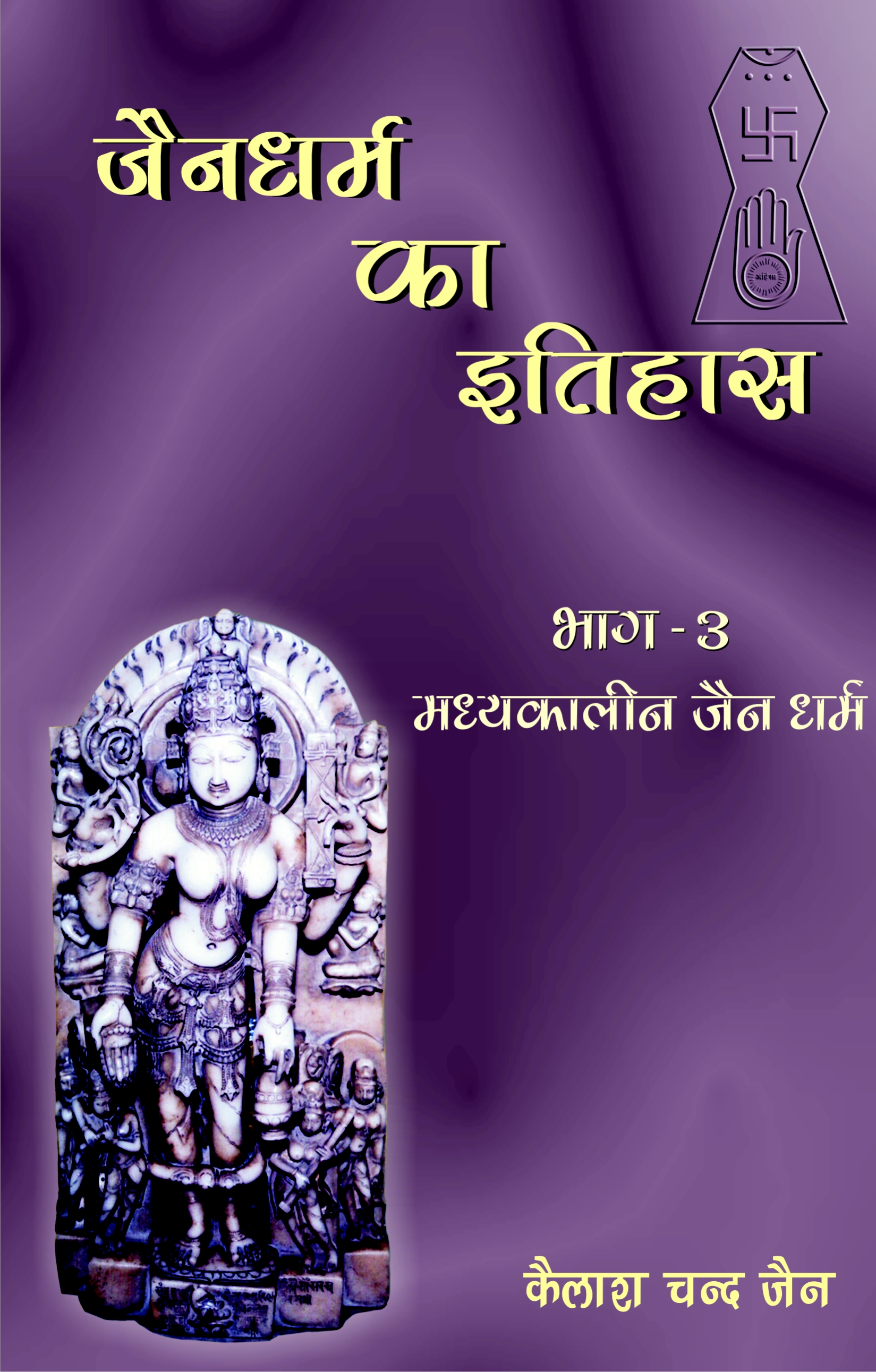