Gods and Masks of the Kathmandu Valley

The study, beautifully illustrated, focuses on the masks of gods, goddesses and demons worn by the Newars of Kath-mandu Valley. It deals with contexts in which the dancers wear the masks and with legends concerning the dances.

The presence of masks as both ritual and art objects is attested among the traditions of mankinds oldest civilisations. Cutting across cultural and geographical barriers, they have exhibited a remarkable range and diversity of meanings throughout history. The present study focuses on the masks worn in the Kathmandu Valley by the main ethnic group, the Newars. A specific aspect of the Newars is that, despite the political dominance of Hinduism, Buddhism is still alive. The masks represent gods, goddesses and demons, but never the dead or the ancestors. The author argues that the reason for the absence of figurations of the dead or ancestors is to be explained by the funerary rituals. There are no memorial monuments or other objects which perpetuate the memory of the deceased: It is through rituals performed after their death that the memory is preserved. The distinction is made between statue-masks and the masks worn during ritual dances. The author focuses on the contexts in which the masks are worn by professional dancers and draws attention to the legends which explain the origin of the dances and their ritual role. Detailed descriptions are given of the dances performed during different festivals in the localities of the Kathmandu Valley. The masks then worn are destroyed and re-made ritually each year by painters. Anne Vergati explains the relation between the dancer as a social person with a social identity and the mask which represents a god or a goddess. The mask is not supposed to hide the face of the dancer but to transform his identity in such a way as to make of him a deity. Supported by numerous illustrations in colour, the book will appeal to historians and connoisseurs of art as well as to scholars of the cultures of the Himalayan regions.

Foreword
Acknowledgements
Introduction
The Hindu and Buddhist Pantheon of Kathmandu Valley
Gods, Masks and Ancestors
Masks Worn During Ritual Dances
Masked Dances and the Territory of the Kingdom
Mask and Effigy: Image and Procession of Buddha Dipankara
The Ritual Making of the Masks
The Person, the Mask and the God
Bibliography Anne Vergati
The author is a member of the Laboratoire d’Ethnologie at the University of Paris X, Nanterre and is Research Fellow at C.N.R.S. (National Centre of Scientific Research) in Paris. She is the co-author of Newar Art. Nepalese Art in the Malla Period (Warminster, 1979) and author of Gods, Men and Territory. Society and Culture in Kathmandu Valley (New Delhi, 1995).
Books of Anne Vergati 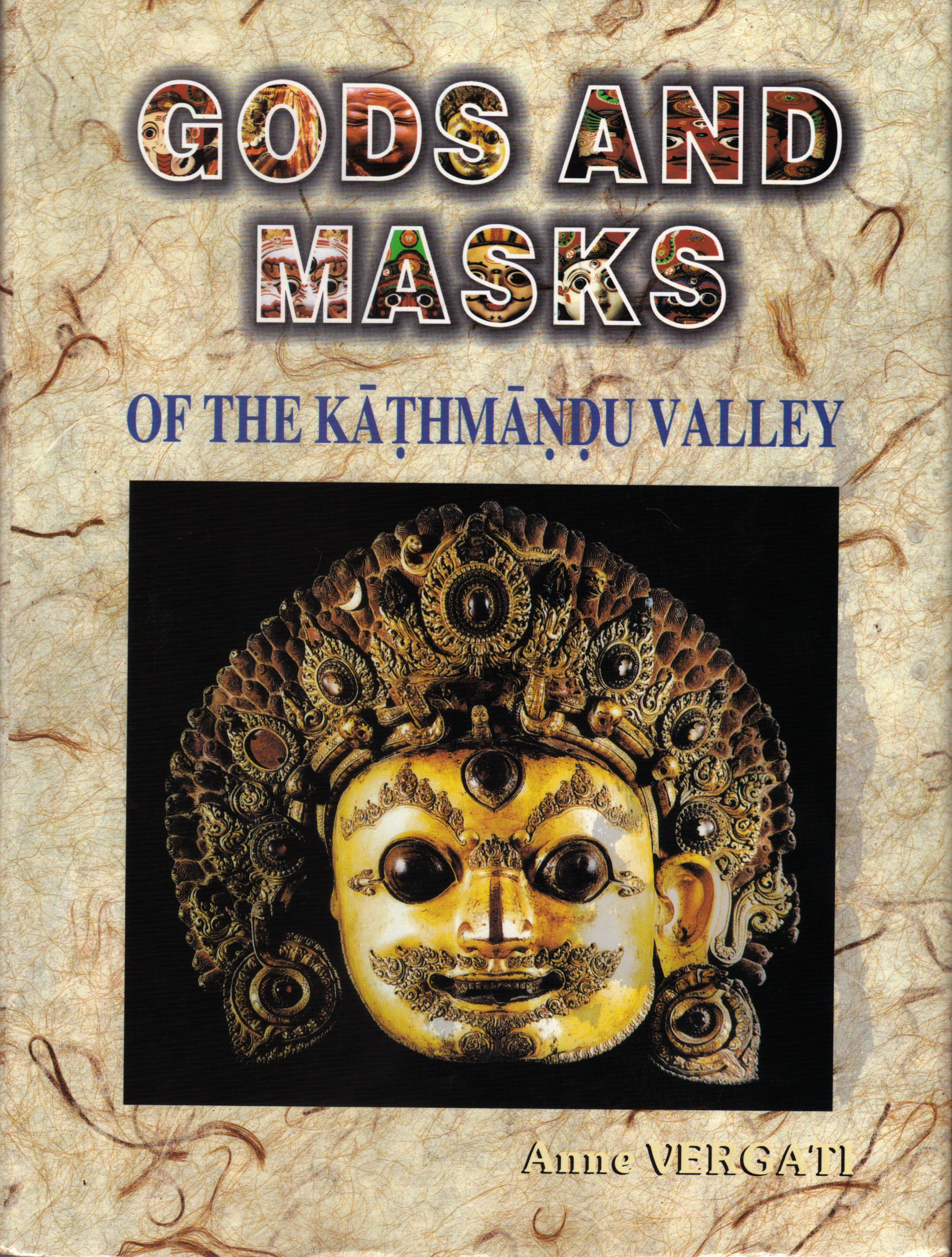 Product added! Browse Wishlist
The product is already in the wishlist! Browse Wishlist
Gods and Masks of the Kathmandu Valley 2000
Related Books
×
Item Added to your Cart!
Continue Shopping
X