A Literary Analysis of the Poetry of Sri Chinmoy by: Mrinali C. Clarke

The Ever-Transcending Quest was the only way to explain Sri Chinmoys Beloved Supreme and the continuing evolution of consciousness. It was the interdependence between the Supreme and the human that captivated the author. This book is a tentative exploration.

A quarter century ago I recognized the intensely personal but also revolutionary nature of Sri Chinmoys writings on spirituality. Never before has anyone dared to suggest that the divinity Himself is evolving and transcending. This was a spirituality that soared above the divisions of religion, and potentially rendered religion obsolete! A spirituality eminently suited to our times. His explanations of the different levels of consciousness that jostle for predominance inside each individual; perceptions of the Ultimate Goal of life, and the Higher Consciousness that permeates the universe simply made sense, even seeming to pre-empt the direction of quantum physics.
The broad scope of his work was exhilarating  philosophy, literature, music, artworks and the importance of physical fitness to receive the higher light of meditation into the body, departing from the usual portrayal of a Guru and path to enlightenment. It was clear that it would take many decades to understand and absorb his teachings, and by 2007, his oeurve had more than doubled.
The question was how to investigate such vast material. An overview was needed to begin some sort of dialogue with a man who had reached the summits of transcendental heights, and was, in a way, too far beyond our understanding. The Quest theme seemed to fit, and yet even that fell short. Sri Chinmoy always smashed through barriers, and so too an even higher view of the Quest was necessary  the Ever-Transcending Quest was the only way to explain his Beloved Supreme and the continuing evolution of consciousness. It was the interdependence between the Supreme and the human that captivated me. This book is a tentative exploration. 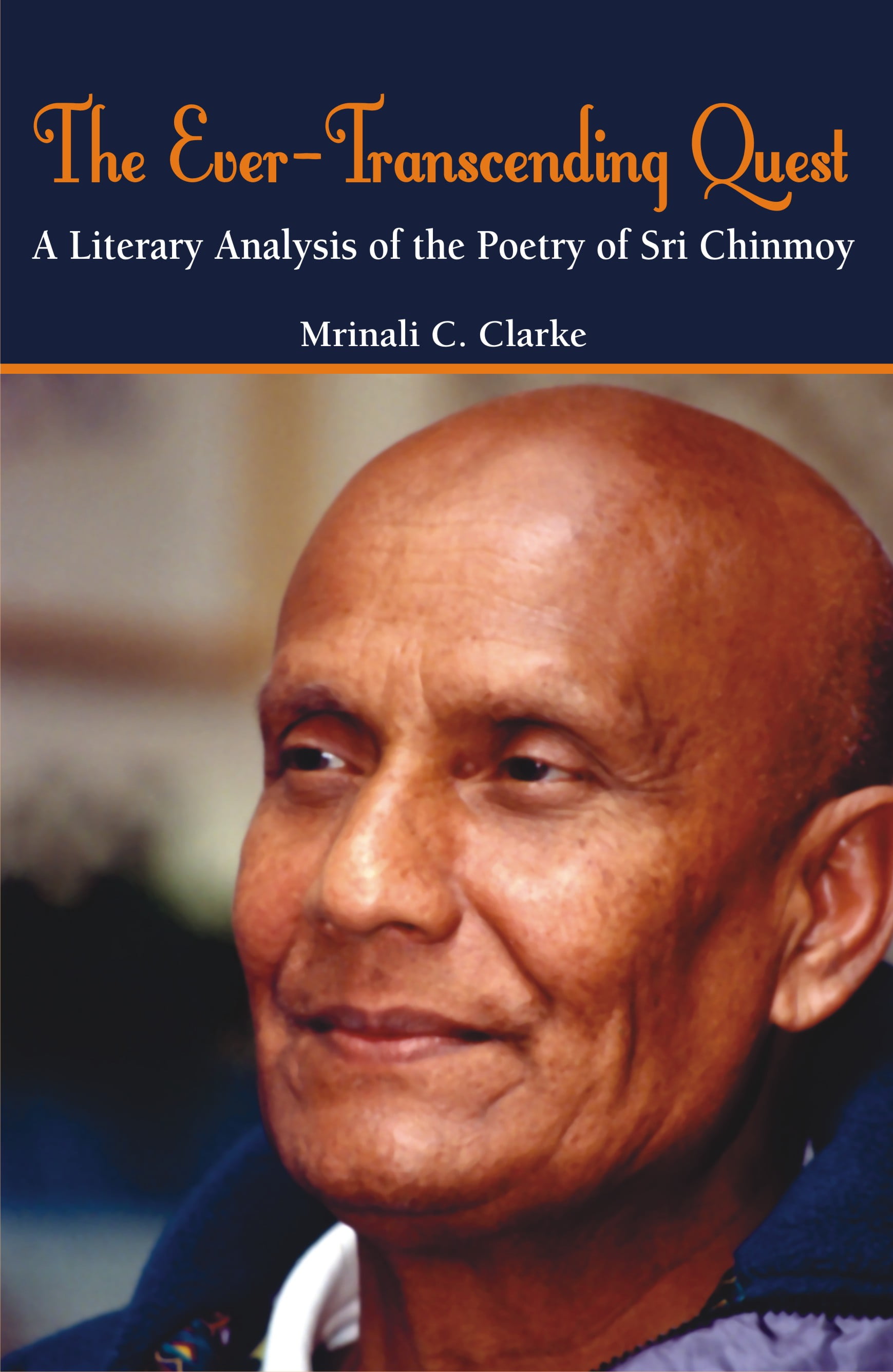