Brahma’s Universe The Chronicle of Creation

Renowned Vedic scholar, Pandit Madhusudan Ojha has presented in this volume a rich and ancient history of our world and civilization.
Jagadguruvaibhavam, the final part of the trilogy authored by Ojhaji on various facets of Creation, is as much an insightful work on the Vedic knowledge contained in the Vedas and Puranas as also an exceptional example of his profound knowledge and wisdom. Indravijayah (Bharatavarsha: The India Narrative in English) and Devasurkhyati are the first two volumes on the subject.
The Brahma’s Universe: The Chronicle of Creation is the English translation of Jagadguruvaibhavam prepared by a board of editors at Shri Shankar Shikshayatan headed by well-known Indologist, Prof. Kapil Kapoor.
Brahma is the central character of this book and through his forms, age and abode, Ojhaji has outlined the story of our universe’s evolution. It was Brahma who perceived that, in this world, the source of energy is the surya or sun. All spiritual, metaphysical and supraphysical energies exist in the surya. The vital energy (prana), which gives life to all beings too is produced from the sun. Brahma recorded all these in granthas (volumes) that came to be known as the Vedas.
Written in verse form, the volume offers a unique rendering of the creation of atma, veda, praja and dharma. Ojhaji presents a remarkable insight into the ancient knowledge on rivers, mountains, eras and communities like Sadhyas and Manijas.
Brahma’s Universe is more than a companion book of Bharatavarsha: The India Narrative. It expands the magnificent narrative of Creation, offers broader meaning to Vedic terms and illuminates the profound wisdom contained in the Vedas.

Pandit Madhusudan Ojha
Important Works of Pandit Madhusudan Ojha: ATRI-KHYATI In Atri-Khyati, Ojhaji has given a scientific explanation of Creation as well as the genesis and chronology of human existence. “Atri” is a vital element of creation. Ojhaji has elucidated on this element by citing the case of moon reflecting the sun’s rays. “Atri” is the process by which moon takes the sun’s light and disseminates across the world. “Atri” is also human. The seer scientist who discovered solar eclipse was Atri. DEVASURA-KHYATI Pandit Madhusudan Ojha has extensively documented various terms appearing in the Vedic texts. These terms include brahma, dharma, yajna, itihasa and vedanga. Devasura-khyati forms part of his work on itihasa. In this work, he has explained the origin of veda, dharma, praja, trailokya (triple worlds) and loka. MADHAVA-KHYATI This volume gives a comprehensive description of Yaduvamsha — the clan of Yadus. There is an annexed list containing the names of kings from this clan. INDRAVIJAYAH Indravijayah is a remarkable work which opens a beguiling window to the mysteries of life and creation through the absorbing tale of Indra, a divine personification of a supraphysical energy, and his exploits of courage and dominance. All these books, and other works of Ojhaji, are available on www.vediceye.com.
Books of Pandit Madhusudan Ojha 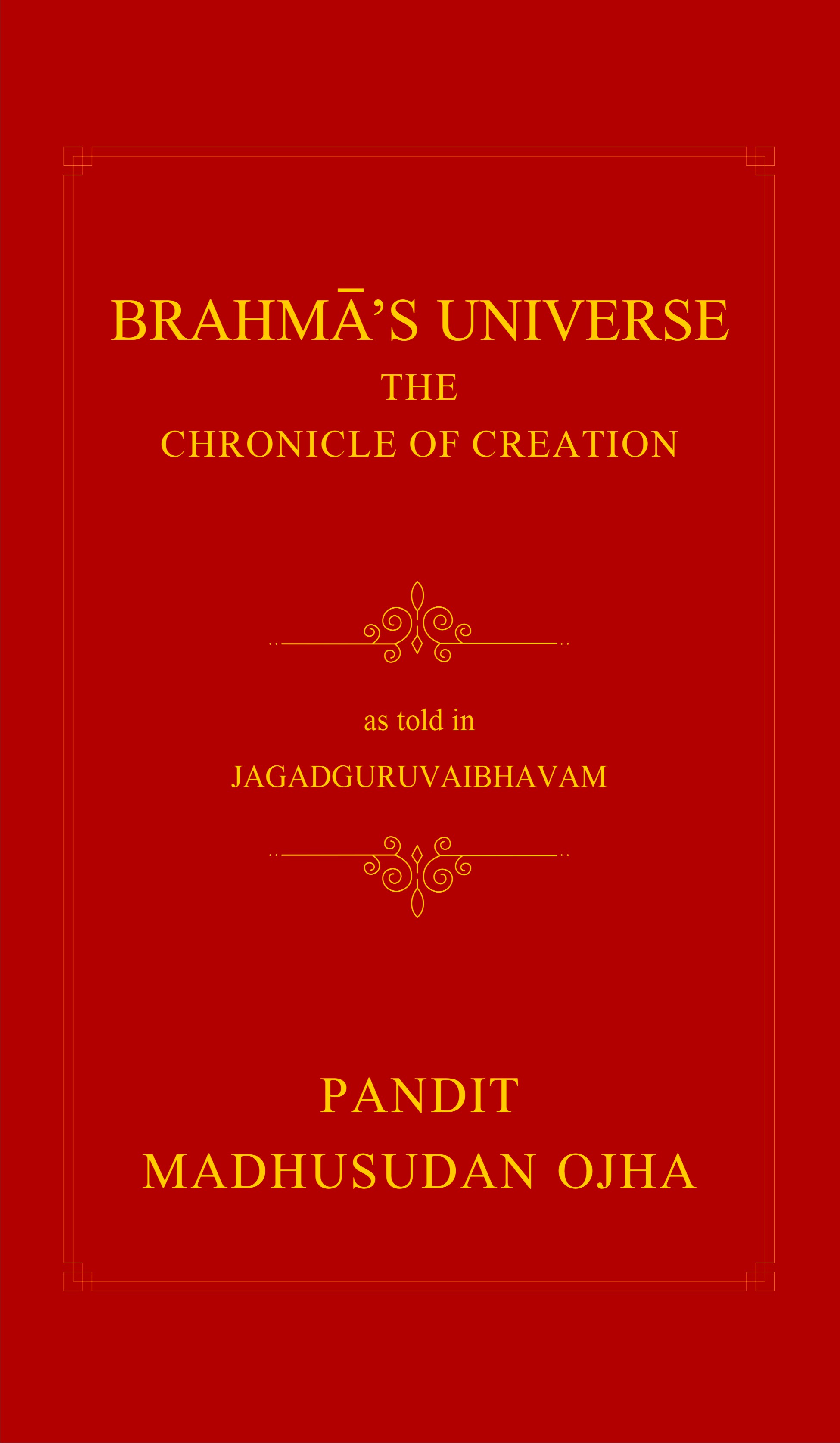