Voice of the Void

Aesthetics of the Buddhist Mandala on the basis of the Doctrine of Vak in Trika Shaivism by: Sung Min Kim

This volume examines how the perceptible form of Buddhist mandalas represents shunya (void), with special reference to the mandalas of Tabo and Alchi. On the basis of the concept of vak (subtle sound) in Trika Shaivism of Kashmir, it investigates where their aesthetic power derives from.

The research undertaken here about Buddhist mandalas is basically designed under the philosophical question how the visible dimensions of forms are related to their invisible contents. The textual sources in reference to Buddhist mandalas teach that the essence of mandalas is shunya (void) and their forms are the reflective images (pratibimba) of shunya. This volume investigates how the colourful form of Buddhist mandalas represents the prime concept of shunya, and what makes these mandalas visually powerful, leaving the impression of ßspiritual enhancementû in the heart of people who do not even know about the Buddhist doctrines.
The mandalas permanently represented in the monastic complexes of Tabo and Alchi in the Western Himalayas have been focused in order to examine a prominent role of visual dimensions of mandalas. In order to comprehend mandalas in the context of Buddhist philosophy, the texts of the Yoga-Tantra class have been looked up. Especially, the references to the tantric visualization-practice throw light on the internal experiences with mandalas.
Considering the fact that the Buddhist mandalas have been developed as a method of Mantrayana, being always combined with mantras and mudras, this volume presents the concept of vak (word, subtle sound, voice) as a key to explain how the ultimate state of shunya and perceptible forms of mandalas are related to each other. The doctrine of vak developed in the tradition of Trika Shaivism in Kashmir provides us with a systematic way to explain the non-dualism between all phenomenal objects and the Supreme Divine. The doctrine of four levels of vak is examined in the book for the purpose of interpreting the aesthetic phenomena and structuring the different levels of meanings of mandalas from the aesthetic perspective. On the basis of the vak theory, the external forms of mandalas have been explored and their visual principles have been technically analysed, in attempt to answer the question: how do the colourful forms of Buddhist mandalas resemble the formless shunya?

Prologue  Lokesh Chandra
Foreword  Bettina Bäumer
Preface
Abbreviations
List of Plates
List of Tables
List of Illustrations
Introduction
The Question of the Relationship Between Forms and the Formless
Buddhist Mandalas in the Context of the Religious Practice
Buddhist Mandalas as Works of Art ?
Vajradhatu Mandala and Dharmadhatu-Vagishvara Mandala from Tabo and Alchi in the Western Himalayas
Doctrine of Vak
Primary Sources of the Research
I. Tangible Forms and Symbolic Meanings of Buddhist Mandalas
I.1 Mandala Space
I.2 Mandala Deities
I.3 Colour
II. Multiple Layers of Form Implied in the Discourses on Mandalas
II.1 Mandalas in Association with the Notion of Trikaya and Triguhya
II.2 Multiple Layers of Form in Mandalas
II.3 Practice of Visualization
II.4 Non-dualism of Form and the Formless in the Practice and Theory of Buddhist Mandalas
Bimba (Image)  Pratibimba (Counter-image)
III. Vak in Tantric Buddhist Practices
III.1 Buddhist Practice of Syllables
III.2 The Highest Divinity Conceived in the Nature of Sound
III.3 Association of Goddess Prajnaparamita with Vak
IV. The Doctrine of Vak in Trika Ïaivism
IV.1 Four Levels of Vak
IV.2 VAk in Mantra Practice
V. The Doctrine of Vak as a Theoretical Basis for Understanding the Aesthetics of Mandalas
V.1 Paravak and Shunya
V.2 The Non-dualism of Creation and Concealment within the Doctrine of Vak
V.3 Sanctification of Mandalas on the Basis of the Doctrine of Vak
V.4 Gross, Subtle and Transcendental Forms of Vak
V.5 Transformation of Form in the Doctrine of Vak
VI. Establishing the Aesthetics of Buddhist Mandala on the Basis of the Doctrine of Vak
VI.1 Redefinition of Mandalas from the Perspective of the Vak Theory
VI.2 Mandalas of Alchi Interpreted as the Gross Pashyanti
VI.3 Visual Elements of Gross Pashyanti in the Mandalas of Alchi
VII. Aesthetic Power of the Mandalas of Alchi
VII.1 Immersion into the Pashyanti vak
VII.2 Aesthetic Viewing of Mandalas
Conclusion
Bibliography
Index

Sung Min Kim
Dr. Sung Min Kim, born in Seoul, Republic of Korea, is an artist and scholar on Indian arts. Having completed her Bachelor of Fine Arts in Seoul in 1995, she studied the history of arts in New Delhi and accomplished her doctoral research in the School of Arts & Aesthetics, Jawaharlal Nehru University in New Delhi in 2009. She worked on the theme of comparative aesthetics of Kashmir Shaivism and Mahayana Buddhism, one of the least studied areas of Indian aesthetics. Living at present in Vienna, she combines the practice of painting and the philosophical research on arts.
Books of Sung Min Kim 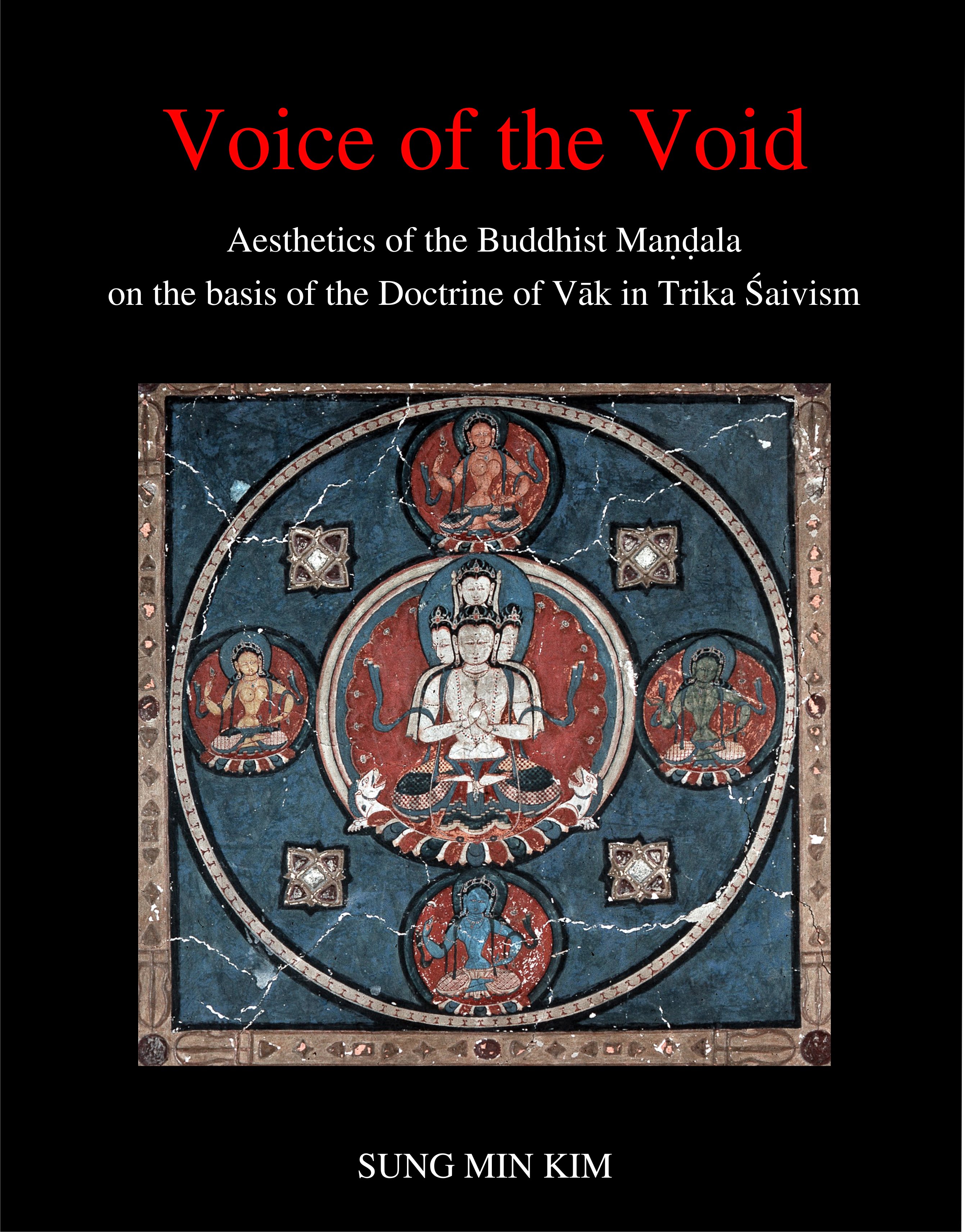