This work demystifies the entire subject of spirituality and the phenomena of Enlightenment and Liberation by demonstrating how they have a scientific basis and are definable in scientific/psychological terms.

What is the precise nature of Reality or God? And what exactly, in scientific terms, is the much-talked about spiritual phenomenon called Enlightenment? Is it at all scientifically possible for a state devoid of ego to exist? And can a person do his normal duties in life in such a state? This book answers these and kindred questions convincingly: in a way that should appeal to a scientist, a spiritualist and a lay person alike. Uncommonly combining in him the rationality of a medical scientist and the profundity of his religio-philosophical studies, the author demonstrates how the spiritual phenomena of Enlightenment and Liberation do have an eminently satisfactory scientific explanation  an explanation which he also reconciles with conventional spiritual teachings. Finally, flitting adroitly from Advaita to Tao, Zen to Sufism, Buddhism to Christianity, Dr. Trasi shows how the teachings of different faiths arent different in essence, but just constitute intricate parts of the one and the same grand, big picture. With deep insight, forceful logic and supporting references, Dr. Trasis book not only dispels many of the myths, mis-conceptions and distortions woven around Enlightenment, the Liberated State, the Soul and Death, but explores the rationale behind wide-ranging traditional beliefs as well. Also set out is a scientific explanation of diverse spiritual terms. Nor is the practical aspect neglected here  including, as it does, a scientifically-backed guide to offset the oft-recurring doubts and questions that nag the average spiritual enthusiast. Written lucidly, the book is bound to interest scientists, sceptics, and anyone else even remotely concerned with spirituality.

Foreword
Preface
Acknowledgements
Transliteration Chart
Introduction
Science Versus Spirituality
1. Me and the Other
The Starting Point
The Genesis of Separateness
Symbolic Thinking and Entitification
Free Will
Conditioning by Language
Consciousness — A Figurative Representation
2. Suffering
Entitification and (Its Relation to) Avoidable Suffering
The Average (Unenlightened) Person
3. Spiritual Knowledge and its Pursuit
The Paradox of Spiritual Effort
Ignorance
Maya
Knowledge — Conceptual, False and True
The Two Modes of Knowing
True Knowledge and the Guru
Spiritual Suffering
4. Enlightenment
De-Conditioning
Motivated and Unmotivated Action and their Effects
Worldly Duties after Enlightenment — Action, not Inertia
Enlightenment as a Scientific Phenomenon
5. Liberation
Absence of Entitification
Time and its Perception
Emotions
No Unnecessary (Emotional or Psychologrical) Memory
True Virtue
True Detachment
Dreamless Sleep
The Mind
States of Consciousness
The Liberated One, the Animal and the Child (Difference Between Pre and Trans)
Liberation and Schizophrenia
Would the Enlightened (or Liberated) One Reveal the Fact of his Enlightenment?
Why do the Masters Sometimes Say that Actually Speaking, Everyone is Already Enlightened?
We are Already Brahman!
The I of the Liberated One — Subject and Object
On the Idea that the World Disappears after Enlightenment
All-Knowing and All-Powerful?
Psychological Suffering and Liberation
Anatomy and Neuro-Physiology
Is Then the Awareness in the Body, or is the Body Really in Awareness?
Sleep
Awareness of the Mystic (The Liberated One)
Average Mans Awareness
Compassion
6. The Guru
Is the Guru Essential for Enlightenment?
If there are no Others then why does the Arhat Teach?
Can the Guru Grant Enlightenment?
The Guru and Conceptural Knowledge
What, then, is the Use of Conceptual Knowledge?
The Guru as Teacher
The Attitude of the Guru
Must the Guru himself be Enlightened?
What Should be the Attitude of the Disciple?
What must he do after Listening?
What will be his Attitude to the Guru after his (The Disciples) Enlightenment?
Authority
Selecting a Guru
Gospel
Scriptures
The Words of a Master
7. Death and After (Death, the Soul, and Rebirth)
What is the Truth?
Organised Religion
If the Soul does not Exist, what is it that Really Happens after Death?
Jivanmukti and Videhamukti
8. What Should I Do?
The Active Methods
After the Intellectual Understanding — The Shedding of Spiritual Effort
The State of Spiritual Vacuum
The Spontaneous Processes
Sadhana or Spiritual Effort
Natural Tendency to Enlightenment
9. Karma-, Bhakti- and Jnana-Marga
The External Path
The Inner (Mental) Paths
All Methods Lead to Jnana-Yoga
External Path (Mode of Life)
Inner Path (Mental Attitude)
The True Gist of the Bhagavad Gita
After Enlightenment — Advaita-Bhakti
10. God
The Common Mans God
The Reality of God
God — The Reality
The Avatara
Why
Through the Eyes of the Mystics
Thinking about God
Oneness
Kabir
Jnanadeva (Jnaneshvar)
Appendix
Questions and Answers
Whos Who
Glossary
Bibliography
Index Nitin Madhukar Trasi
1953
Dr. Nitin Trasi is a practising gynaecologist, with a post-graduate degree in the discipline from the University of Bombay. The son of an eminent mathematician and theoretical physicist, he has come to be deeply versed in the fundamentals of the new physics. This he combines not only with serious studies of religion and philosophy, but also with profound personal insight, as well as close interaction with several sages, including an over decade-long association and extensive discussions with Sri Ramesh Balsekar - a disciple of Sri Nisargadatta Maharaj. And, then, with an added gift of felicitous writing, he is ideally qualified to investigate the spiritual phenomena of Enlightenment and Liberation.
Books of Nitin Madhukar Trasi 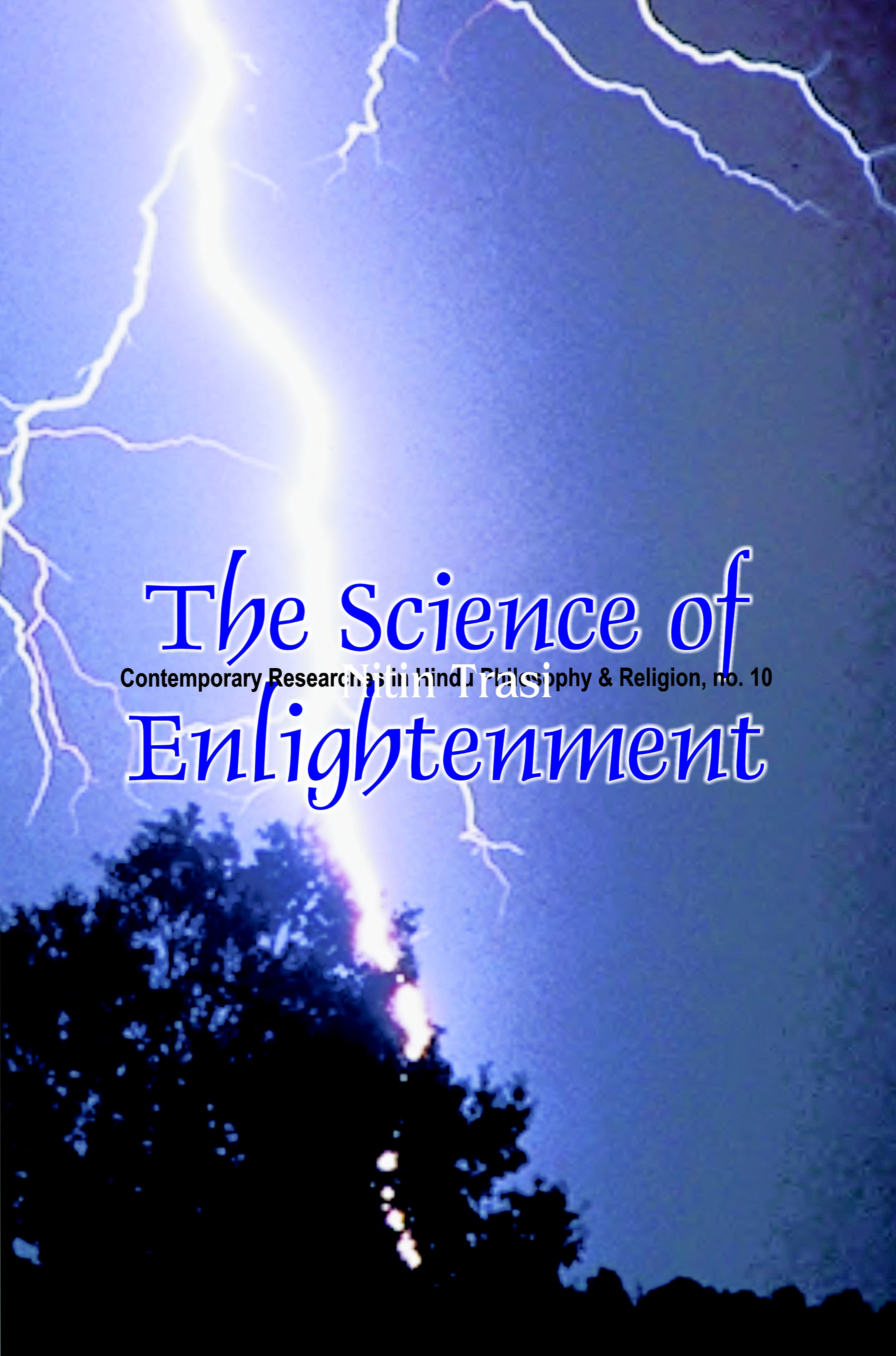