Text and Context in Teyyam by: T.V. Chandran

It looks into specific cultural formation of Teyyam. It re-frames and interprets various myths of mother-goddesses and hero-deities by situating them in the historical conditions in which they originated and explores from a sociological perspective how the ritual functions as ideology.

Teyyam, the spectacular ritual dance widely performed in north Kerala, has its distinct forms of visual and verbal expression. However, what was once expressed through the distinctly indigenous forms of this religious other no longer remains the same, as the specificities of meaning and messages as encoded in the whole structure of its ritual performance were levelled out and superceded by the ideological laundering of caste Hinduism. RITUAL AS IDEOLOGY looks into the specific cultural formation of teyyam  it re-frames and interprets various myths of the mother-goddesses and hero-deities by situating them in the historical conditions in which they originated. Based on a study of the myths at a micro-structural level, the book explores from a sociological perspective how the ritual functions as ideology, apart from its cultic or religious significance. The study also unfolds and explains the gender disparity between the archetypal Female Devourer and her Male Victims, the recurrent motifs in the myths related to various manifestations of the Terrible Mother in teyyam. The study thus acquires contemporary significance in the face of cultural authoritarianism that in its design of appropriation attributes the village pantheon of every little tradition to canonical Hinduism, a process that has been so rife in todays cultural politics. T.V. Chandran
1967
T.V. Chandran is Lecturer in Art History in the Government College of Fine Arts, Thiruvananthapuram, Kerala. He obtained his Masters in Art History and Aesthetics from the MS University of Baroda, Gujarat. He has been doing research on teyyam since 1992. This book is part of his on-going research for which he received a fellowship from the Indira Gandhi National Centre for the Arts (IGNCA), New Delhi in 1997. He has presented papers in national and international seminars on Art and folklore and has been contributing to periodicals on related issues. He also regularly writes on contemporary art. Another of his major work in progress is Adhunika Chitrakala : Avasthayum Akhyanavum (in Malayalam).
Books of T.V. Chandran 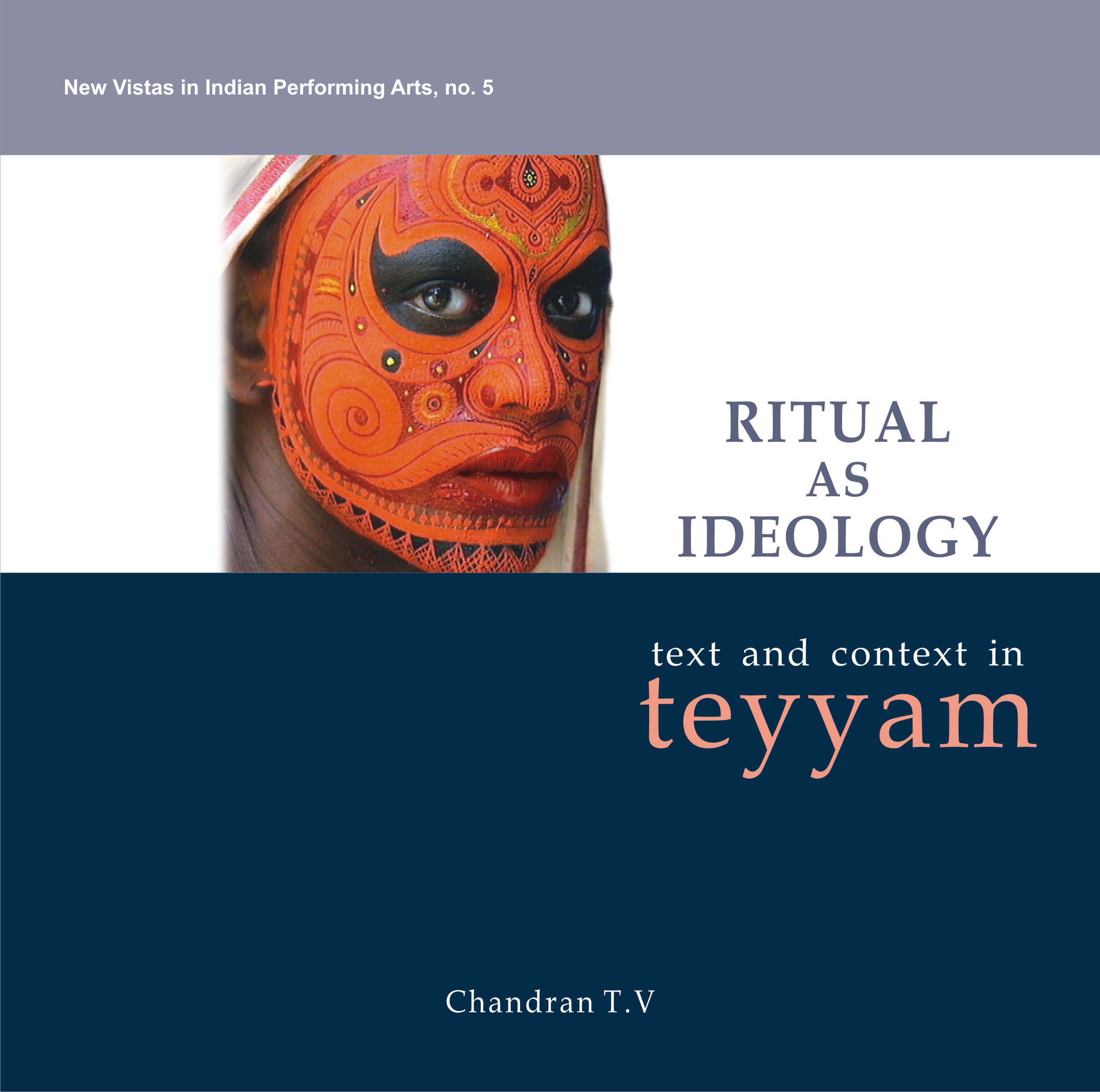