Krishna in the Harivamsha  Vol. 2

The Greatest of All Sovereigns and Masters by: Andre Couture

This second volume of Krishna in the Harivamsha contends that the child and adult Krishnas are indeed one and the same. The initiation by guru Kashya Sandipani, the construction of the city of Dvaraka, and the fights involving Pradyumna and Aniruddha are among the best known episodes analysed in this volume.

This second volume of Krishna in the Harivamsha brings together texts written between 2000 and 2015, more than half of which are of more recent vintage than those included in Volume I. While Krishnas biography is clearly divided into two large units, childhood and adulthood  the kshatriya (warrior) of the second period manifesting himself first as a gopa (cowherd)  it is important to note that both sections of the biography are similarly structured and carry an identical message. This book contends that the child and adult Krishnas are indeed one and the same.
The initiation by guru Kashya Sandipani, the construction of the city of Dvaraka, and the fights involving Pradyumna and Aniruddha are among the best known episodes analysed in this volume. It is the oft-neglected Harivamsha version of these well-known stories that is studied here, version that has been passed over despite its early date of composition.
An unstated assumption still influences a great deal of Harivamsha research. Many scholars assume that an addition of this sort to the Mahabharata can be little more than a collection of ancient records bearing witness to the primitive mentality of a people unable to think logically. On this view, the Harivamsha becomes reduced to a pile of documents of diverse origins. The articles contained in this volume take the opposite view. Krishnas biography, which at first blush might appear to be an amalgam of various stories, proves in fact to be a skilful construction which conveys a clear message.

Volume 2
The Greatest of All Sovereigns and Masters
Abbreviations
Introduction
Part 4: Krishna and the Construction of Dvaraka
4.1 Krishnas Initiation at Sandipanis Hermitage
4.2 Dvaraka: The Making of a Sacred Place
4.3 Krishnas Second Enthronement at Kundina in the Harivamsha: The Study of a Late Episode
4.4 Krishna in the Harivamsha: A God Who Shares His Wealth
Part 5: The Omnipresent Goddess
5.1 Krishna, Samkarshana and the Goddess Ekanamsha in the Harivamsha
5.2 Krishnas Victory over Bana and Goddess Kotavis Manifestation in the Harivamsha
5.3 The Yawning of Divinities in the Mythology of the Epics and the Puranas
5.4 Noteworthy Resemblances between Pradyumnas Childhood and Krishnas Childhood
5.5 The Emergence of a Group of Four Characters (Vasudeva, Samkarshana, Pradyumna and Aniruddha) in the Harivamsha: Points for Consideration
Part 6: The Epic Narrative without Oversimplification
6.1 Samkarshana and His Relationships with Krishna: Presence and Absence, Coming Together
and Moving Apart
6.2 Observations Concerning the Notion of Bhakti in the Mahabharata
6.3 The Syamantaka Affair: A Key Episode for the Interpretation of the Harivamsha
6.4 Krishnas Victory Over the Vedic Fires in the Harivamsha
Conclusion:
From Vishnus Deeds to Vishnus Plays, or Observations on the Word Avatara as a
Designation for the Manifestations of Vishnu
Bibliography
General Index
Index of Passages Andre Couture
1945
André Couture is an Indologist and professor of the History of Religions at the Faculté de théologie et de sciences religieuses, Université Laval, Québec, Canada. Couture has published on a wide variety of topics. Of special interest in this context are a number of articles on Krishna mythology and the translation of various texts including chaps. 30-78 of the Harivamsha (L’enfance de Krishna, 1991); Appendix I, no. 41, of the Harivamsha (La vision de Markandeya et la manifestation du Lotus, 2007); Bhasa’s Balacarita (in Théâtre de l’Inde ancienne, ed. Lyne Bansat-Boudon, 2006); and with Christine Chojnacki, Hindu, Buddhist and Jaina texts related to the Harivamsha (Krishna et ses métamorphoses dans les traditions indiennes. Récits d’enfance autour du Harivamsha: PUPS, 2014).
Books of Andre Couture 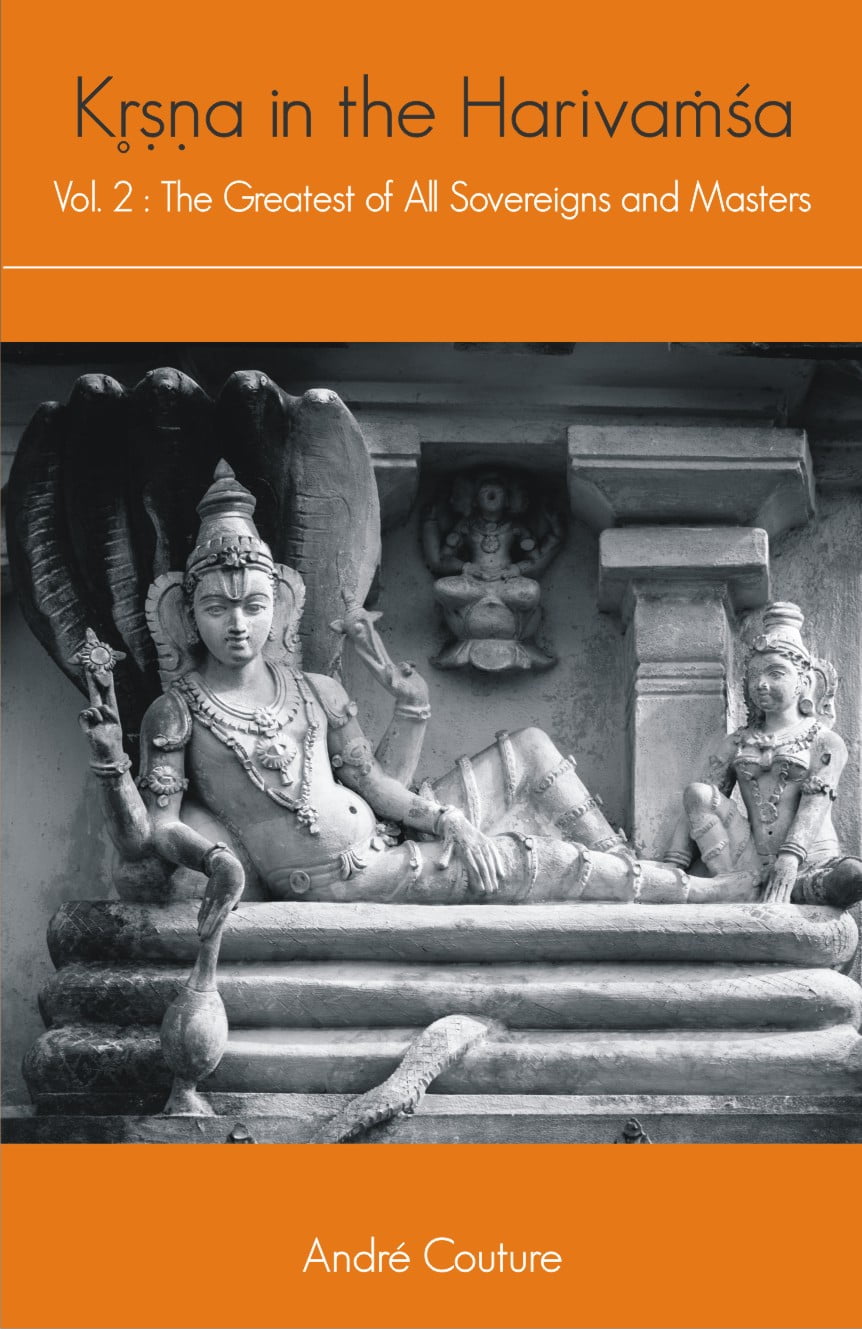 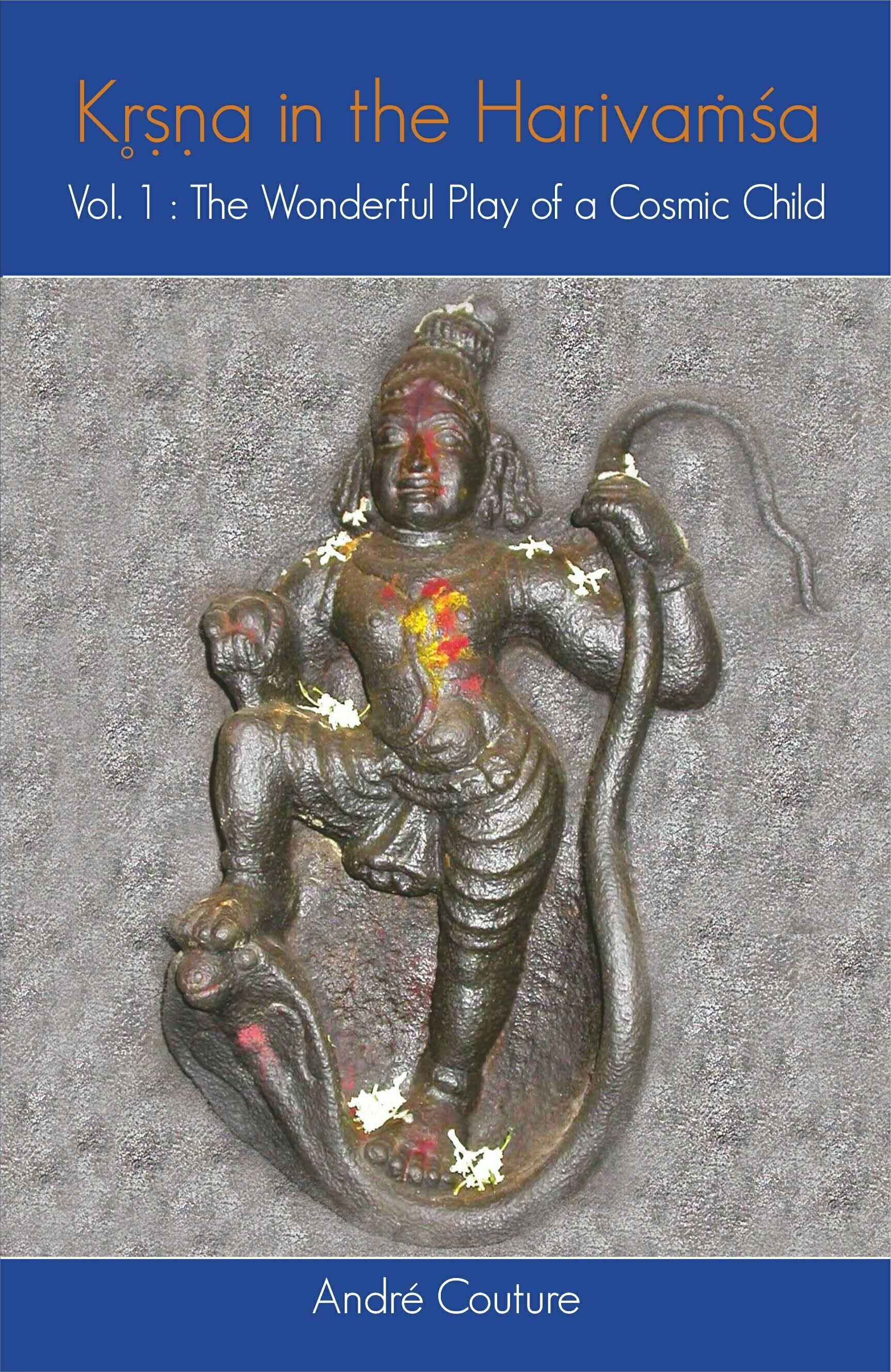