in the Light of Modern Science & Technology by: Sunil Sen Sarma

This work studies the scientific and technological contents of the Arthasastra. It makes inquisitive analyses to extract the latest scientific essence of observational facts, operational techniques, perceptual awareness of discriminal and classificatory propositions and hypotheses in fields like mineralogy, gemmology, mining, metallurgy, agriculture, architecture, civil engineering and environment, dealt within the treatise.

A Sanskrit treatise of the fourth century bc, Arthashastra is, ostensibly, the world’s oldest surviving document of its genre. Written by Kautilya (also known as Vishnugupta and Chanakya): the astute Brahmin preceptor and prime minister of Chandragupta Maurya, it is now widely recognized as a classic on statecraft, including a discussion of contemporary Indian polity, political theories, administrative mechanisms, war and peace, and a variety of other subjects. Though a lot has already been written on Kautilya’s world view of statecraft, polity and kindred themes, this book is veritably the first ever effort to examine Arthashastra from the standpoint of modern science and technology. Analysing meticulously layers after layers of Kautilya’s complex sutras (aphoristic statements), the author unfolds scientific perceptions, hypotheses, operational techniques and other significant dimensions of several ancient Indian disciplines, like minerology, mining, gemmology, metallurgy, agriculture, town planning, civil engineering, and even environment. Himself a professional geologist, Sunil Sarma has adopted the current normative techniques for the scientific evaluation of Arthashastra, while using all through modern idiom to spell out its scientific content. An unbiased study based on Sarma’s honest, altogether fresh interpretation of Arthasastra’s archaic Sanskrit language and its peculiar scientific terminology, the book will fascinate Indologists, historians of science, and many area-specialists.

Sunil Sen Sarma
Sunil Sen Sarma (b. 1933) is a geologist of wide repute. Notwithstanding his professional training, his academic concerns have, over the years, evolved in many different directions to focus more specifically on man and nature. A former Director, Geological Survey of India, he is also an extensively published scholar, credited with the authorship of over a hundred articles and five book: in both English and Bengali. His English titles include Farakka: A Gordian Knot: Problems on Sharing Ganga Waters and The Ecology and the Epidemic: A Study on Nineteenth Century Controversy.
Books of Sunil Sen Sarma 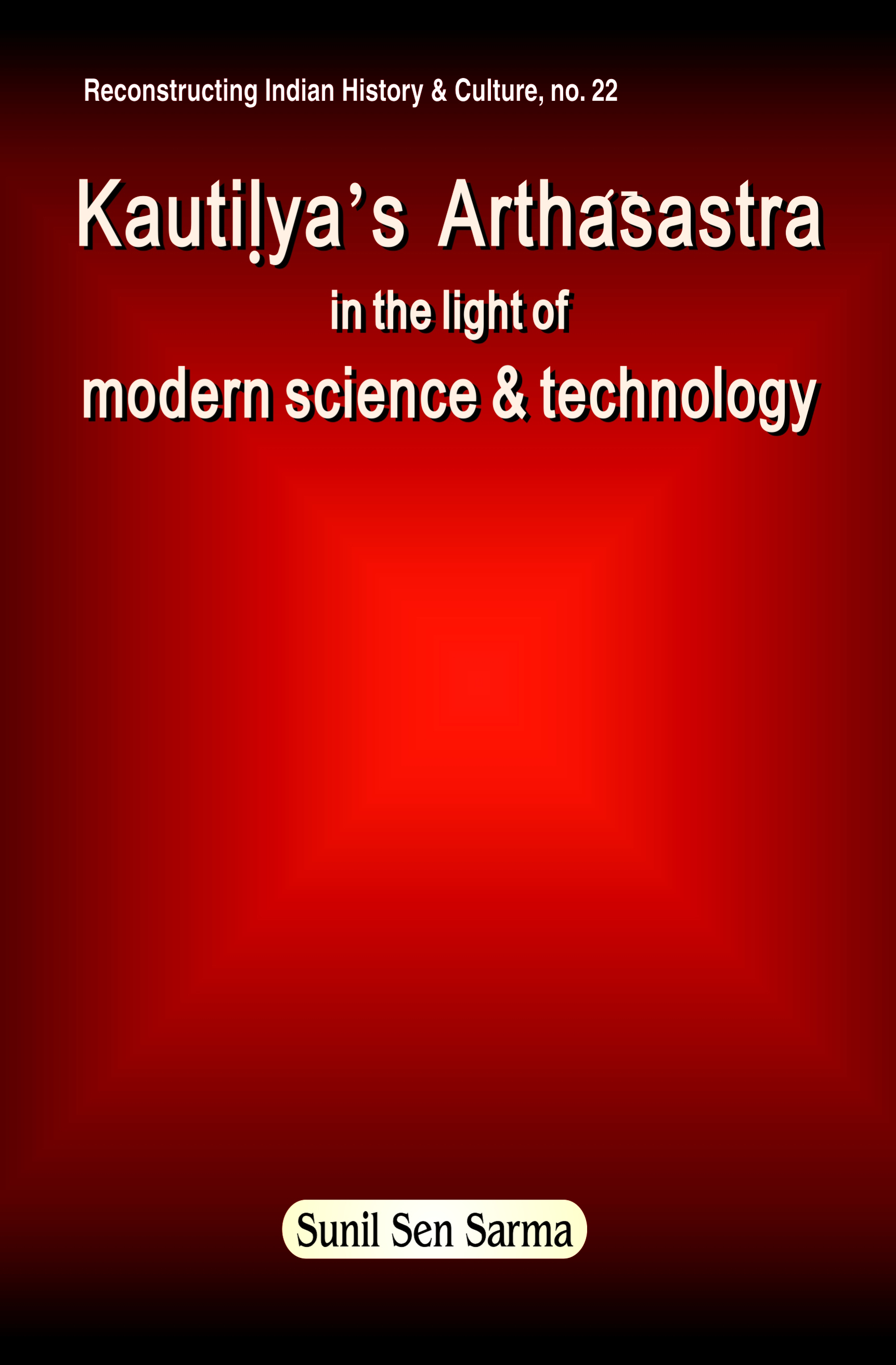