The book presents the original Sanskrit text of the Kampilyamahatmya of Durgadatta Sharma, a harmonic compilation on the greatness of Kampilya composed from different references to traditional Indian sources, along with its translation in English. It deals with identification and location of the holy tirtha of Kampilya and ancient legends and dynasties associated with it.

The mahatmyas constitute an important streams of the Indian tradition, putting in evidence the greatness either of a place or of a character. Among the many mahatmyas, the Kampilyamahatmya, focusing its attention on the region of Kampilya, has a unique significance, as the exact identification and location of the holy tirtha of Kampilya remains a subject of mystery and controversy even today. Kampilya was the capital of the ancient realm of Pancala. The area around Kampilya, also known as Kaliksetra was the environment where King Drupadas daughter, Draupadi, manifested herself and where the tournament for the choice of her husband took place. Dronacarya, the weapon teacher of the Pandavas, Dhrstadyumna, the brother of Draupadi, and many other famous warriors of the Mahabharata have their names joint with this place. Written in the twentieth century, the Kampilyamahatmya is a harmonic compilation on the greatness of Kampilya composed from different references of Indian traditional sources; it is the result of a research begun by the grandfather of the author, that has been accomplished, through family transmission and with the help of other poets’ previous works. The book, presenting the original Sankrit text, with its fluent translation in English, provides a plethora of information on ancient legends and dynasties of pre-Pauranic and Pauranic times, will be useful to scholars of ancient Indian mythology and history. It will prove extremely absorbing and informative for general readers as well.

Foreword
Preface
Introduction
Bhumika : Introduction from the original manuscript
Mangalacarana
1. The Talk Between Siva and Nandin about the Origin of Kala
2. The Talk Between Siva and Nandin on the Creation and the Importance of Mantra and Diksa
3. The Talk Between Siva and Nandin on the Tryambakesa Lingam
4. The Talk Between Siva and Nandin on the Greatness of the Ramesvara Temple
5. Siva Curses Ganga and Parvati to Take Human Nature
6. The Story of Dronacarya and Asvatthama
7. The Fight Between Dronacarya and King Drupada
8. Intervening of Arjuna and Capture of Drupada
9. King Drupada Thinks up a Revenge and Birth of Drstadyumna and Draupadi
10. Preparations for the Svayamvara of Draupadi
11. The Gandharva Counsels Arjuna to Take the Rsi Dhaumya as the Purohita of the Pandavas
12. The Svayamvara Tournament
13. Kings Who Attended the Svayamvara
14. Draupadis Refusal for Karna
15. Arjuna Pierces the Target
16. The Kings Unacceptance of the Brahmanas Victory
17. The Brahmanas Side with Arjuna
18. Draupadi is Divided Among the Five Brothers
19. Drstadyumna Secretly Watches the Pandavas Talk and Drupadas Anxiety to Know the Facts
20. Drstadyumna Tells Facts to his Father
21. King Drupada Invites the Bridegrooms Family
22. King Drupada Meets the Pandavas; Yudhisthira Explains How the Five are Draupadis Husbands
23. Vyasa Arrives at King Drupadas Court
24. The Story of the Five Indras, Purvendra
25. The Precedent of How Draupadi Came to Get Five Husbands
26. Draupadi Marries the Five Pandavas
27. Kunti Blesses Draupadi After the Wedding
28. The Story of Kalesvara Mahadeva
29. The Kalesvara Temple
30. The Story of Sikhandi
31. Sikhandi Marries the Daughter of the King Hiranvarma
32. The Anger of the King Hiranvarma, Ascertaining the Real Sex of Sikhandi
33. Sikhandis Depression; Intervent of the Yaksa Sthunakarna
34. Sthunakarna Gives His Masculinity to Sikhandi
35. Description of the Dynasty of King Drupada; on the Name of Kampilya and of Pancala
36. The Story of King Somaka
37. Somaka Gets 100 Sons From His as Many Wives
38. Some Important Characters and Places Around Kampilya
39. The Story of Candrapala
40. The Story of Lambodara
41. The Importance of Performing Sraddha at Sardvipa Tìrtha
42. Discussion About Sraddha and Pindadana Between Yudhisthira and Bhisma
43. The Talk Between Markandeya and Sanatkumara on Pitara and Devata
44. The Pitars can be Amurta (Formless) or Murtiman (With Form)
45. Markandeya Speaking on the Genealogy of King Brahmadatta
46. On the Dynasty of Ugrayuddha, the Destroyer of the Nipas
47. The Story of Brahmadatta and Pujaniya
48. The Story of the Seven Sons of Visvamitra
49. Hamsa Yogi Life of the Seven Sons of Visvamitra
50. The Story of Seven Hamsa
51. How the Queen Sannati Felt Offended by King Brahmadatta, and How he with Two of his Brothers Hearing the Sloka Utterd by a Brahmana Obtained Jatismarana and Mukti Method of Listening
Epilogue
Description of the Genealogy of the Poet
Glossary
Bibliography

Corrado Puchetti
Dr. Corrado Puchetti (Padova, 1963) is participating in field research in India since 1986. After graduating in Hindi from the faculty of Eastern Languages at Ca ‘Foscari’ University in Venice with a thesis on Indian alchemy, he has been collaborating with the Kampilya project in India under the patronage of the Venetian Academy of Indian Studies. The completion of his Ph.D. thesis on the History and Archaeology of the Kampiliya Region, at the Banaras Hindu University has engaged him for the last three years.
Books of Corrado Puchetti 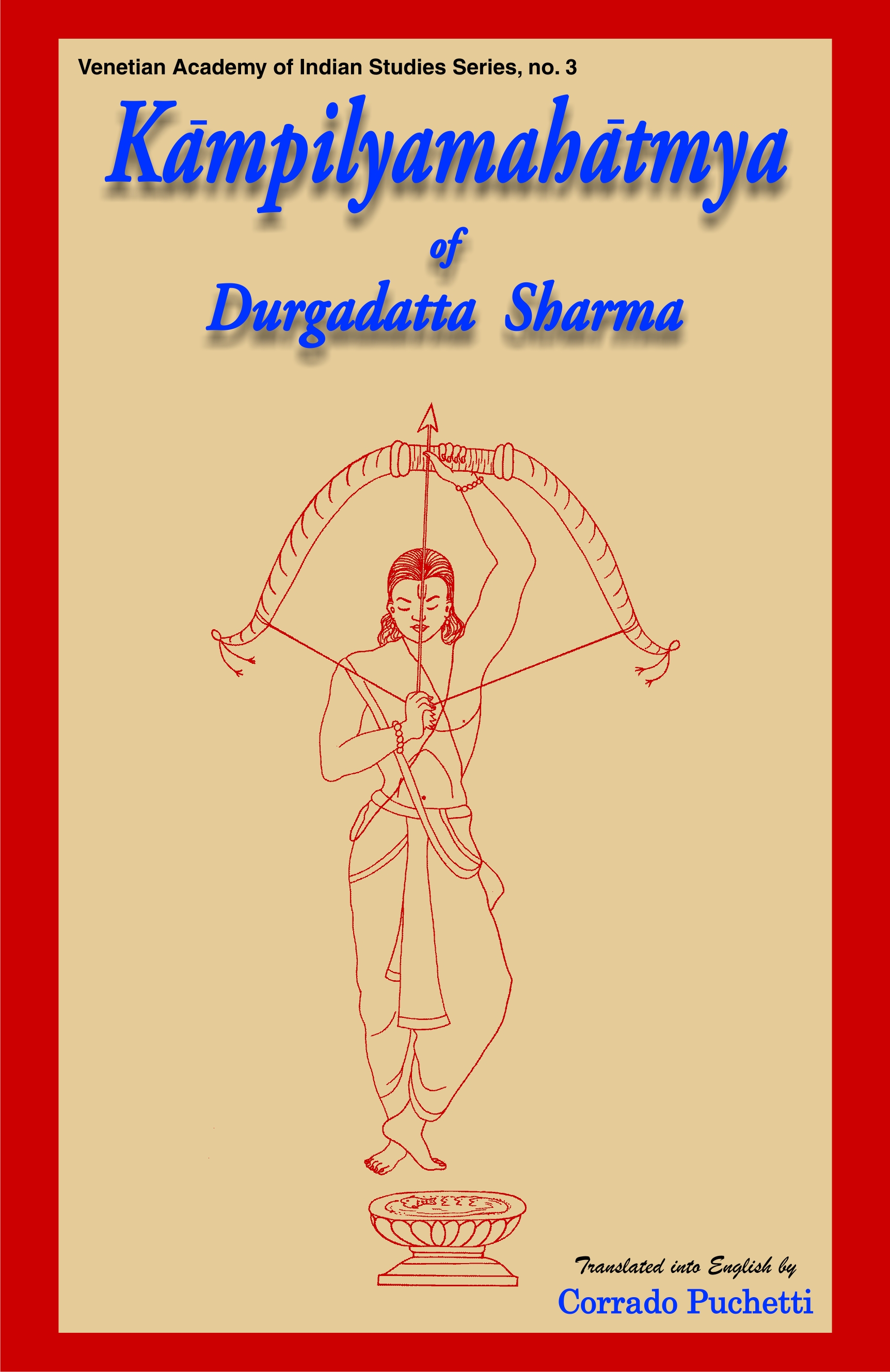