Hathigumpha Inscription of Kharavela and the Bhabru Edict of Asoka

A Critical Study by: Shashi Kant

It examines the date, authorship and decipherment of the epigraph that throw light on Jain and Buddhist scriptural traditions and Asokas association with Buddhism as also the socio-political conditions during the three centuries before Christ.

Ever since its discovery in ad 1825, Kharavelas Hathigumpha Inscription has had a fascinating course. It is not a royal panegyric merely; it is an epitome of history, specially of the so-called dark period  unveiling, as it does, the political and cultural conditions that prevailed in India during the three centuries before Christs birth. And yet more significantly, it is the only hitherto-known document to tell the saga of its heroic author: the first historical king from Indias eastern coast to lead extensive campaigns in different directions. But for this inscription, Mahameghavahana Kharavela could never have been resurrected from oblivion. Likewise personal in character is Ashokas Bhabru Edict, considered as the earliest written record of Buddhist scripture and monastic organisation. For the history of Buddhism, this little document is as important as the Kharavelas Hathigumpha Inscription is for that of Jainism. Shashi Kants study examines afresh these inscriptions: not just for their thematic similarity, but essentially for their crucial historicity. Going into their tenor and context, it is the first ever decipherment/interpretation of the two rare documents, with the whole Jaina and Buddhist traditions in the background. The author demolishes myths, addresses controversies and, these besides, offers convincing theories that are authenticated by recent archaeological findings. Acclaimed and favourably reviewed in India and elsewhere alike, this epigraphic study is now in its second, enlarged edition  including a whole new section on the genesis of the Prakrit languages and the ancient Indian scripts. Together with the original epigraphs, their romanised transliteration and English translation, it holds out immense appeal to the scholars of ancient Indian history, epigraphy, archaeology, and Buddhist-and-Jaina studies.

Shashi Kant
Shashi Kant, Lucknow University’s Ph.D., is a brilliant scholar of history, untiring researcher and recipient of several academic awards — including the Uttar Pradesh Government’s state honour. Besides numerous articles on varied themes from Indian history and culture, he has authored Political and Cultural History of Mid-North India: From the Earliest Times to AD 1248 — a work which, approved for publication by the Indian Council of Historical Research (ICHR), appeared in print in 1987. And like his Hathigumpha Inscription of Kharavela and Bhabru Edict of Ashoka, is ready for its second updated edition. He is also editor of a research journal, entitled Shodhadarsha. Professionally a bureaucrat, Dr. Shashi Kant retired as Special Secretary to the Uttar Pradesh Government.
Books of Shashi Kant 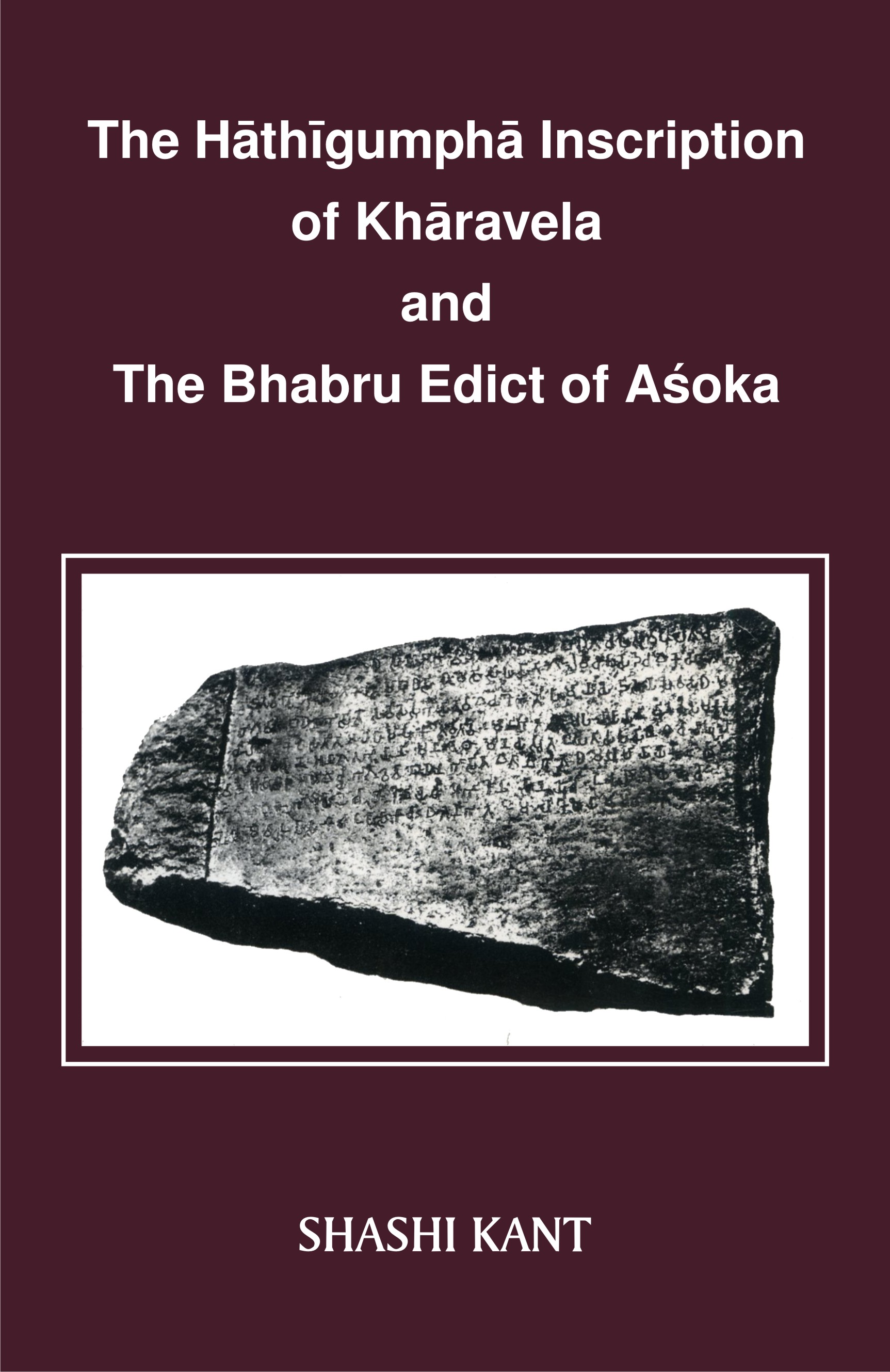 Product added! Browse Wishlist
The product is already in the wishlist! Browse Wishlist
Hathigumpha Inscription of Kharavela and the Bhabru Edict of Asoka 2018
Related Books
×
Item Added to your Cart!
Continue Shopping
X