The book examines the gompas of Tibet for their organizational aspects and their role in continuing Buddhism in Tibetan history by performing multifarious functions and institutionalizing the theory of Buddhism so that it could transcend time and space. Consulting rare manuscripts, it also scrutinizes contribution of gompas to study of astronomy, astrology, medicine, and art and architecture.

The importance of the gompa or the Buddhist monastery in Tibetan history cannot be overemphasized: it was the institution that enabled continuity of Buddhism in Tibetan history by performing multifarious functions and institutionalizing the theory of Buddhism so that it could transcend time and space. Here, a scholar in religious studies, Dr. M.N. Rajesh examines the gompas of Tibet from a holistic perspective, focusing largely on its organizational and functional aspects. The book begins with a survey of the gompas Indian origins, viewing the mahaviharas as a prototype of the gompas, and studies contextualization of the gompas in Tibet wherein is described its relation with the superstructure  the society. Consulting many old works and some rare manuscripts, the work analyzes the working of the monasteries  their hierarchy, rules and rituals, role of the lamas, office of the abbot and other positions of authority, and recruitment and initiation of novices. It also elaborates the contributions of the gompas at different levels  socio-economic and political  which helped pre-modern Tibet to acheive a high degree of development over the centuries. It takes up for detailed scrutiny services rendered by the gompas in the field of Indic Studies  astronomy, astrology and medicine, and in education and art & architecture. The book, with an elaborate index and a glossary of Indic terms, will be valuable reference work for scholars and researchers, in Buddhist studies and those interested in Tibetan history.

Acknowledgements
Introduction
1. Geographical Locations and the Origin of the Samgha
2. Gompa and Indic Sciences
3. Monastic Organisation and Education
4. Gompa and Art and Architecture
5. Socio-Economic Role of The Gompa
6. Gompa and Polity
Conclusion
Glossary
Appendix I : Early Indian and Tibetan Monasteries
Appendix II : Tibetan Monasteries in India
(Established from 1959-1991)
Bibliography
Index

M.N. Rajesh
Dr. M.N. Rajesh is a young scholar who is devoted to studying social contexts in which religious institutions and traditions function and flourish particularly with respect to Hinduism and Buddhism in the Indian subcontinent. He is presently lecturer in the Department of History at the University of Hyderabad (Andhra Pradesh).
Books of M.N. Rajesh 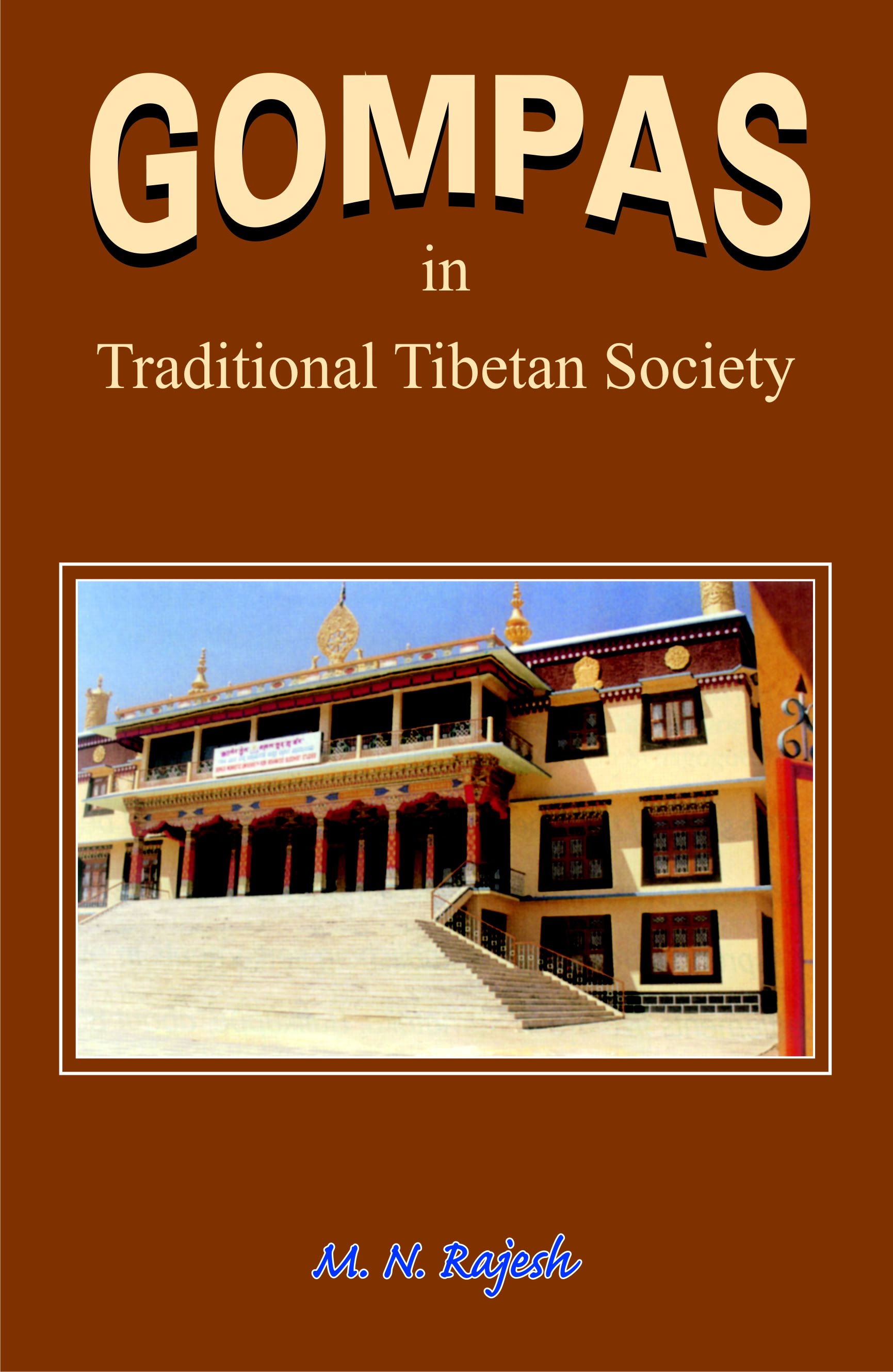