Concepts of Reason and Intuition (Hb)

This book articulates the philosophical thought of the twentieth-century Indian philosophers  Sri Aurobindo, K.C. Bhattacharyya and S. Radhakrishnan. It provides a profound understanding of Reason and Intiution while giving admirable understanding of other important metaphysical and religious problems.

This work is a systematic and critical study of two most important problems of philosophy  Reason and Intuition. The philosophical thought of the twentieth-century Indian thinkers articulates fresh ideas. Though they accept the metaphysical doctrines of Vedànta, one finds a good deal of originality in their world-views. The great thinkers are fully aware that unless they interpret and formulate the traditional truths in the modern framework of ideas, they would cease to inspire. There seems to be a distinct change in their views concerning man’s existence in the world.
The book embodies a fresh approach towards critical evaluation of some theories and gives valuable insights. It attempts to make relevant comparisons of the views of Indian thinkers with those of some of the eminent thinkers of the West.
In the detailed study of Sri Aurobindo, K.C. Bhattacharyya and S. Radhakrishnan, the author shows, not only a profound grasp of the concepts of Reason and Intuition, but also the admirable understanding of other important metaphysical and religious problems.
This book cannot miss the sight of students of philosophy, researchers and scholars.

Preface
Experts Opinions
1. Introduction
Meaning of Reason and Intuition
Reason and Intuition in the Upanishads, Mahayana Buddhism and the Vedanta
Reason and Intuition in Western Thought
Reason and Intuition: Their Role and Importance in the Twentieth-Century Indian Thought
2. Sri Aurobindo
The Finite Reason: Its Structure and Function
The Finite Reason: Sri Aurobindo and Kant
Role of Reason in Formal Logic and the Logic of Kant
Sri Aurobindo, Hegel and Bradley
The Logic of the Infinite or the Higher Reason
Sri Aurobindo and Paul Tillich
Reason and Evolution
Nature of Evolutionary Process
The Triple Transformation
The Psychic Transformation
The Spiritual Transformation
Higher Mind
Illumined Mind
Intuition
The Overmind
The Supramental Transformation
The Gnostic Being
Intuition and Integral Knowledge
The Higher Reason and the Fulfilment of Mans Destiny and of History
Comparison of Sri Aurobindos and the Judaic Christian Conception of History
3. K.C. Bhattacharyya
Nature of Knowledge
The Object of Knowledge
Presentation
Belief, Thought and Feeling
Theory of Introspection
Philosophical Method of Bhattacharyya
Subject as Distinct from Object
Concept of Philosophy
Grades of Theoretic Consciousness or Reason
Science, Metaphysics and the Philosophy of Object
Philosophy of the Spirit
Philosophy of Truth?
The Concept of the Absolute
Theory of the Trinal Absolute
Relation Between Content and Consciousness
The Absolute for Knowing
The Absolute for Willing
The Absolute for Feeling
The Concept of Freedom
Grades of Subjectivity
Bodily Subjectivity
Psychic Subjectivity
Spiritual Subjectivity
Subject as Freedom
4. Sarvepalli Radhakrishnan
Reason: Its Nature and Function
Intuition
Intuition: Shankara and Radhakrishnan
Radhakrishnan and Rudolf Otto
Types of Intuition
Brownings Classification of Radhakrishnans Intuition
The Application of Reason and Intuition in Science, Art, Ethics and Religion
Science
Intuitive Elements in Scientific Knowledge
Art
Ethics
Religion
Interpretation of History and Human Destiny
Hegel, Marx and Radhakrishnan
The Goal of History and the Destiny of Man
5. Rabindranath Tagore, Sir Mohammad Iqbal, and J. Krishnamurti
Rabindranath Tagore (18611941)
Sir Mohammad Iqbal (18761936)
Characteristics of Intuition
J. Krishnamurti (18951986)
6. Conclusion
Bibliography
Index

Ramesh Chandra Sinha
Dr. R.C. Sinha, Professor and former Head, Department of Philosophy, Patna University, is currently a fellow of the Department of Indian Council of Philosophical Research. He received PhD from the Banaras Hindu University in 1969 and entered into the teaching job in 1968 at the Post-Graduate Department of Indian Philosophy and Religion, College of Indology, Banaras Hindu University. Subsequently, he joined Patna University in 1970. He has been honoured by Loknayak Sammana (2005) and Vidwad Bhushana (2011). He is the author of Samkalina Bhartiya Chintak and Samaj Darshan evam Rajniti Darshan ki Rooprekha (1994). Dr. Sinha has edited Philosophical Deliberations (2005), essays in honour of Prof. D.M. Datta; Bhartiya Darshnik Chintan (2007); and two volumes of Dimensions of Philosophy (2012). He is the chief editor of Darshanik Traimasik as well.
Books of Ramesh Chandra Sinha 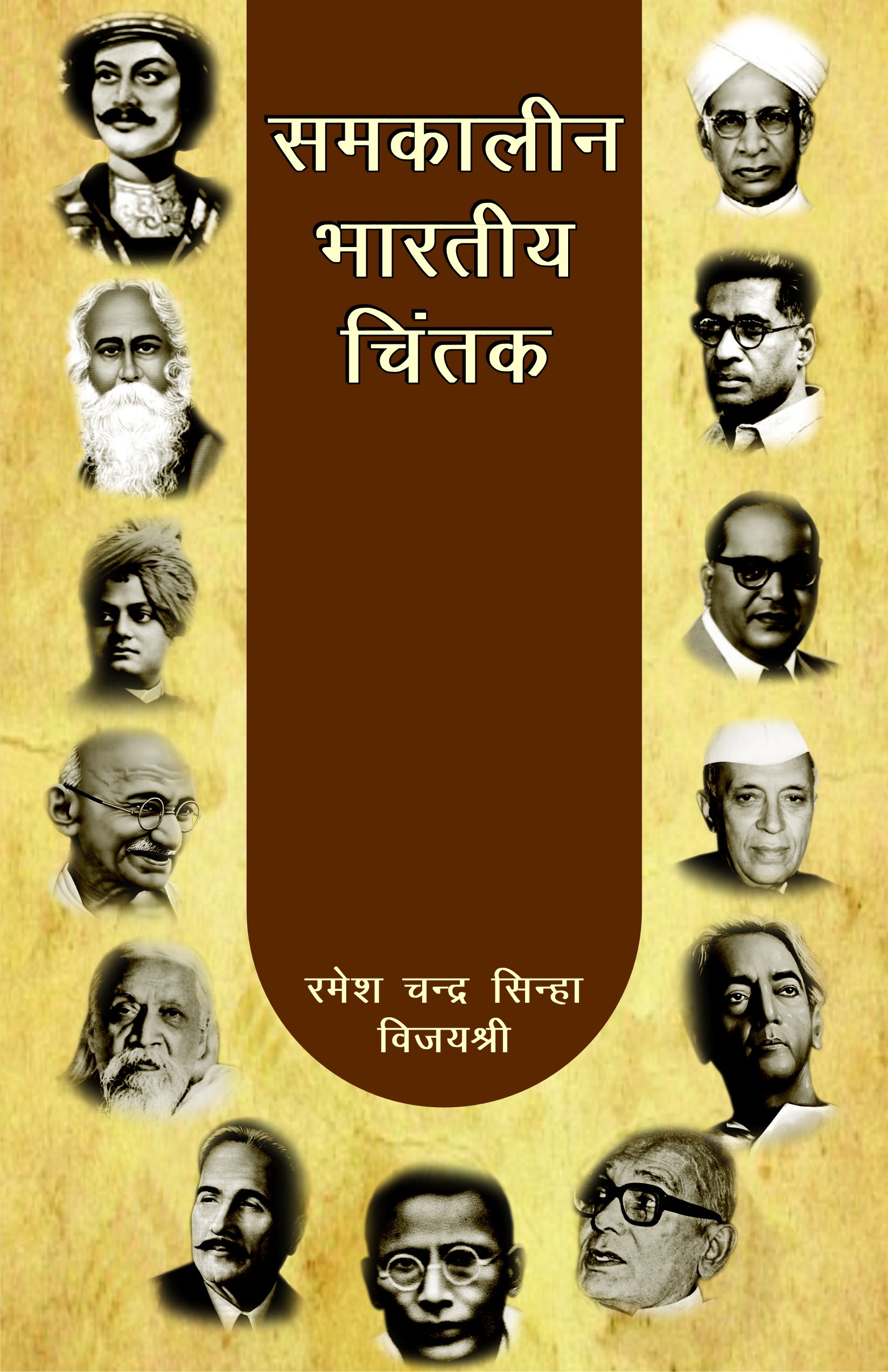 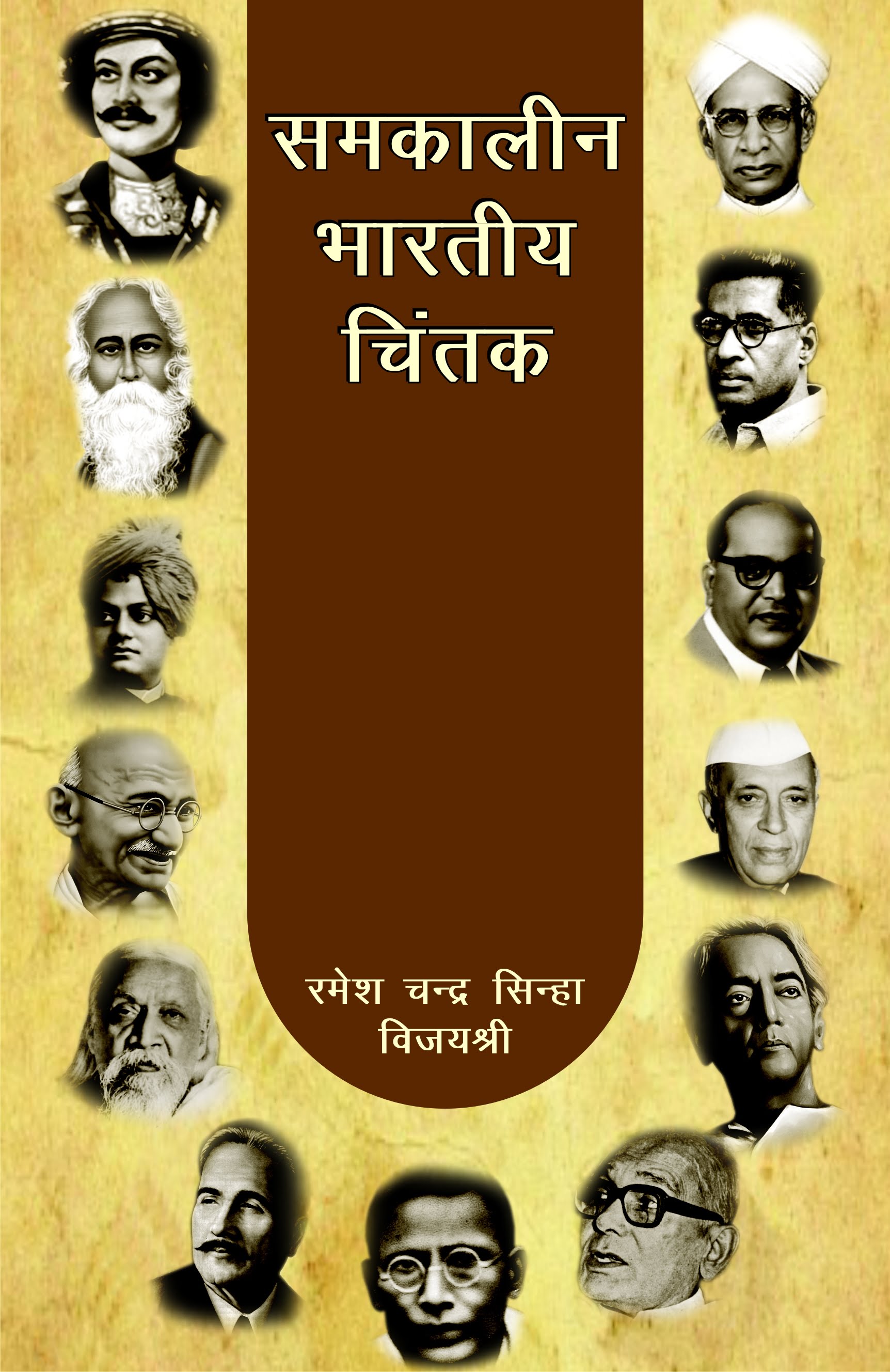 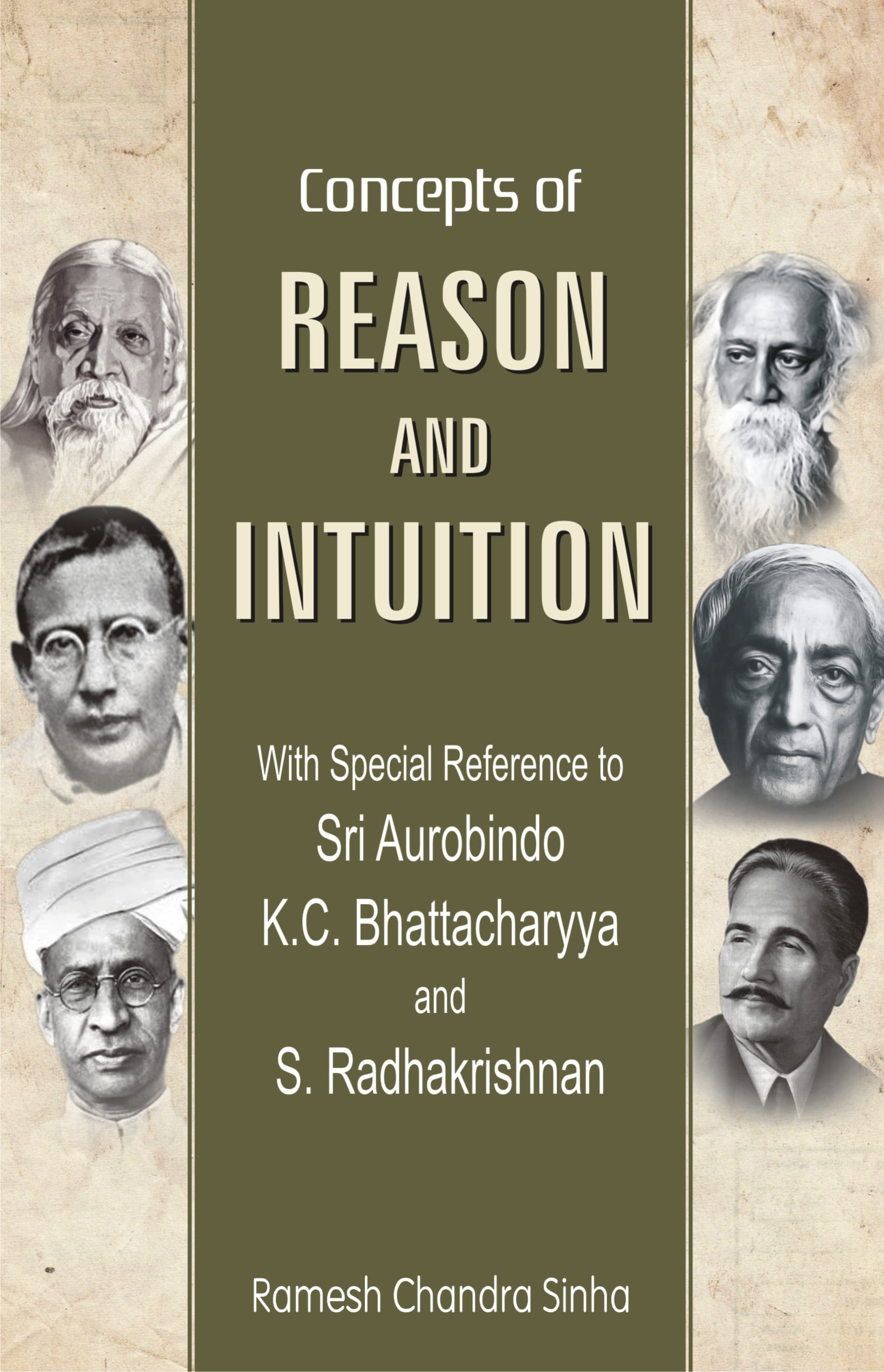 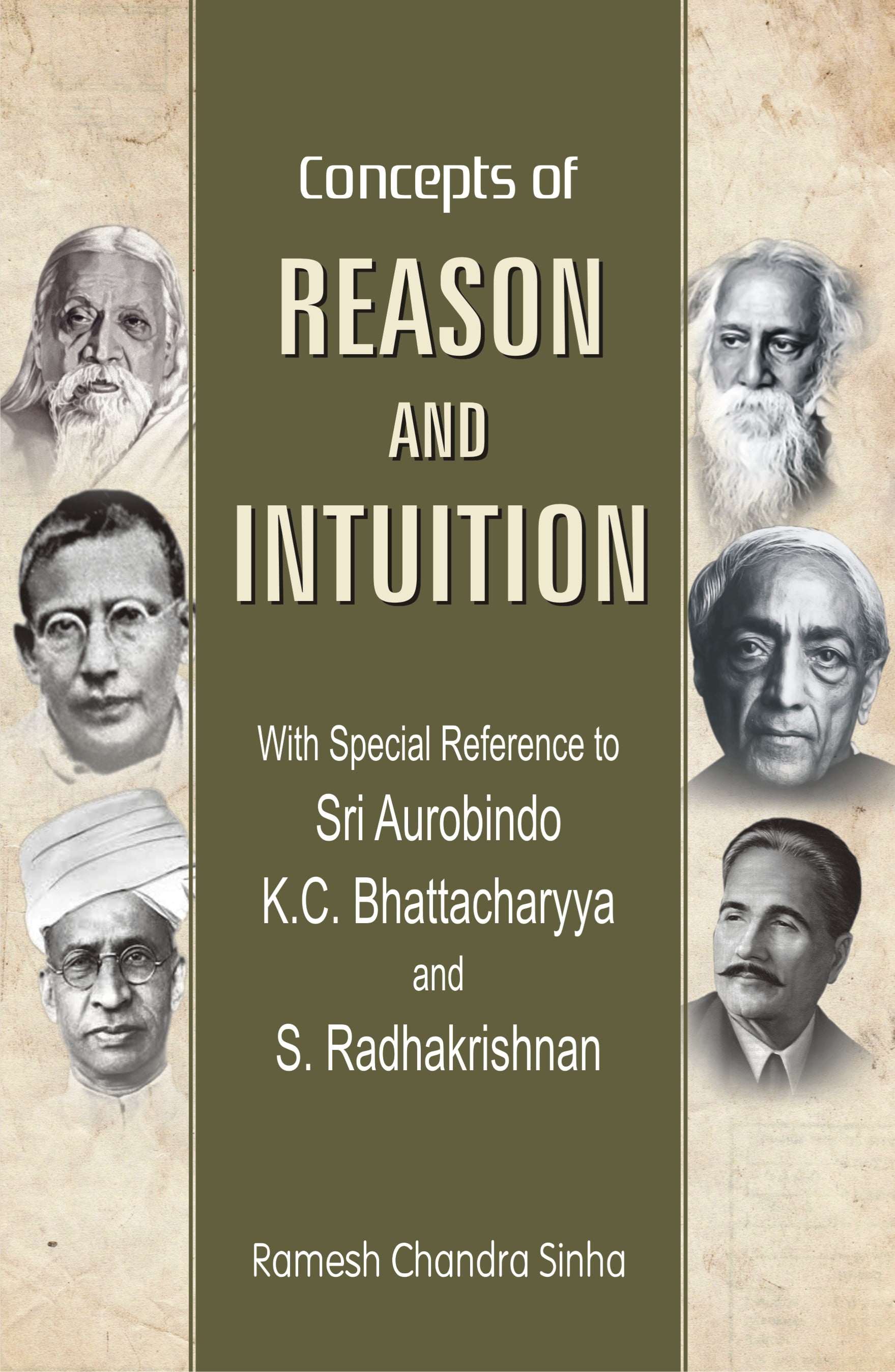