The English translation of Yoga-sutra adopts a unique approach: it retains many Sanskrit technical terms to present their inadequate rendering in English and avoids elaborate commentaries. It examines Yoga philosophy in relation to other orthodox philosophical system and analyses issues of cognition and signification.

Patanjali’s Yoga-sutra, one of the most well-known works in the Indian classical tradition, is recognised as the primary text of Yoga philosophy. Here, Dr. Bhaduri adopts a simple but unique approach in his study of the text to make it more suitable to the needs of the Indian students. This English translation of the Yoga-sutra by Dr. Bhaduri under the guidance of Prof. Kapil Kapoor in shastra Group of Centre of Liguistic and English, at Jawaharlal Nehru University, retains many Sanskrit terms, adding the English equivalents in footnotes and the glossary to avoid making inadequate renderings of Sanskrit technical terms. It translates only what is stated in the concerned sutras without elaborate commentaries in order not to confuse the reader and to allow him to draw independent conclusions. Presenting the sutras in original Sanskrit form along with their Roman transcription, it examines the Yoga philosophy in relation to the other five orthodox systems of classical Indian philosophy and analyses the manner in which it deals with issues of cognition and signification.

Indian Philosophical Systems
Purpose and Nature of Philosophical Inquiry: Overcoming Suffering
The Different Systems — Ontology and Epistemology
Mimamsa and Vedanta
Nyaya and Vaisheshika
Samkhya and Yoga
Yoga
The Answers to the Question — How to Get Rid of Suffering Here and Now
This translation of Yoga-Sutras

Saugata Bhaduri
A Ph.D. from Jawaharlal Nehru University, Dr. Bhaduri specialises in Indian and Western philosophy. With years of teaching experience, he is presently a lecturer at the Department of English and Modern European Languages, Jamia Millia Islamia, New Delhi.
Books of Saugata Bhaduri 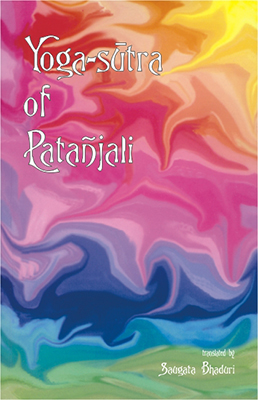