This study, in an ethono-historical perspective, explores the multi linear evolution of Sakti worship in Orissa: from the pre-/protohistorical times to the late medieval epoch, and its continuity into the modern period  with contextual focus on its probable genesis, historical development, festivals, ritualistic patterns, and cultural sources including myths, legends and folklore.

In the Hindu world-view, Shakti is the Mother of the Universe: the highest primal power. She is, accordingly, the all-pervading, intagible energy principle that propels the cosmos and its endless human dimensions with the life-throbs of activity and culture. Many are her songs, countless her stories, numerous her names. Worship of Shakti, as a pan-Indian phenomenon, predates Sanskritic influences of every kind. Combining his extensive fieldwork with diverse published and unpublished sources: archaeological, historical and religious, Francesco Brighentis study traces its presence in Orissa. Which, perhaps, provides the best paradigm of an age-old Goddess cult, deeply rooted in the autochthonous religious traditions of Eastern India. It is the first, all-encompassing study, in an ethono-historical perspective, exploring the multilinear evolution of Shakti worship in Orissa: from the pre-/proto- historical times to the late medieval epoch, and even its continuity into the modern period  with contextual focus on its probable genesis, historical development, festivals, ritualistic patterns, and cultural sources including myths, legends and folklore. The book also incorporates, besides a description of important Shakta centres in Orissa, a study of the Divine Mothers iconographic features in Her multifarious manifestations. Together with around hundred illustrations highlighting the varied representations of Shakti in sculpture, this study will interest not only the scholars of archaeology, history and religion, but historians of art as well.

Preface
List of Black and White Figures
List of Coloured Illustrations
Introduction
1. Autochthonous Roots of Shakti Cult in Orissa
The Austro-Asiatic Cultural Heritage of Orissa
The Dravidian Cultural Heritage of Orissa
Worship of the Female Principle in Pre-Patriarchal Societies
Worship of Malevolent Female Deities and Spirits
Aniconic Representation of Goddesses
Aniconic Goddesses of Orissa — The Goddess of the Mountain — The Shakta Pithas
Links Between Shakti and Naga Cults
The Serpent Symbolism — The Nagi In Indian Culture — Nagamatas of Orissa
Links Between Shakti and Yaksha Cults
Yaksha-Yakshi in Ancient Orissa — Yaksha-Yakshis Malevolent Aspect
Shakti Cult and Tribal Shamanism
Shamanistic Figures — Demonic Possession — Ordeals
Dreams Inspired by the Goddess
Worship of Pillar-Goddesses and Pole-Goddesses
Phallic Worship — lll-Giving Deities Represented in Pillar Form — Pole-Deities — Wooden Poles Erected in Connection With Ancestor-Worship — The Yupa
2. Shakti Cult in Orissa in the Historical Period
Rise of Shakti Cult in the Gupta Age
Antiquity of the Shrine of Viraja — Identification of Viraja with Durga in the Gupta Age — Links of Viraja with Ancient Vaishnavism — Links of Viraja with Naga Cult and with Ancestor-Worship — Links of Viraja with Ancient Shaivism
Shakti Cult in the Post-Gupta Period
Diffusion of Pashupata Shaivism in Orissa — The Pashupatas And Shaktism — Ancient Shakta Shrines of Kongoda — Ancient Shakta Shrines of Western Orissa
Shakta-Tantrism in the Bhauma Epoch
Origin of the Bhauma Dynasty and its Relevance to Shakta-Tantrism — Diffusion of Tantric Buddhism in the Bhauma Kingdom — Cult Syncreticism in the Bhauma Epoch — Brahmanical Tantric Art in the Bhauma Epoch — Tantric Religiousness in the Bhauma Epoch — Goddesses Connected with Navigation
The Kapalikas and Kaulas in Orissa
Kapalikas — Kaulas
Shakti Cult in the Somavamshi Period
Evolution of Shaivism — Evolution of Shaktism — Shiva and Parvatis Amorous Relationship — The Triumph of Feminine Beauty in Orissan Sculpture — The Devadasi Tradition
Cult Syncreticism in the Ganga and Suryavamshi Periods
The Gangas and Shaktism — Tutelary Goddesses of Forts — The Suryavamshis and Shaktism
Proliferation of Royal Goddesses in the Later Medieval Period
Bhanjas of Mayurbhanj — Bhanjas of Keonjhar — Rajas of Talcher — Rajas of Ranpur — Bhanjas of Ghumsar — Rajas of Baudh — Cauhans of Patna — Cauhans of Sambalpur and Sonepur — Nagavamshis of Kalahandi — Rajas of Jaypur — Bhois of Khurda
Final Considerations
3. Important Shakta Centres of Orissa
Jajpur
Purushottama or Puri
Kakatpur
Jhankad
Banki
Gopalprasad, Talcher
Banpur
Ekamra or Bhubaneswar
4. Manifestations of Shakti
Durga
Origin and Development — Iconography of Mahishamardini Durga in Orissa — Functions of the Mahishamardini Image in the Hindu Temple of Orissa — The Buffalo and the Lion — The Image of Simhavahini Durga in Orissa
Camunda
Origin and Significance of the Worship of Camunda — Camundas Attributes and Weapons — The Early Vahana of the Goddess, the Owl — The Later Vahana of the Goddess, the Corpse — The Elephant-Skin Spread Over the Goddess Head — Development of the Iconography of Camunda in Orissa
The Divine Mothers
The Matrikas a Group of Seven Deities — The Matrikas in the Epic Tradition — The Matrikas in the Puranic Tradition — Development of the Iconography of the Matrikas in Orissa — Virabhadra and Ganesha, the Associates of the Matrikas — Early Sets of Matrikas in Orissa — Later Sets of Matrikas in Orissa
Varahi
The Neolithic Sow-Goddess — Iconographic Features of Varahi and their Significance — Development of the Iconography of Varahi in Orissa
Sixty-Four Yoginis
Hypotheses on the Origin and Significance of Yogini Cult — Hirapur — Ranipur-Jharial
Serpent-Goddesses
The Cult of Manasa in Orissa — Images of Manasa Proper — Images of Astikajaratkaru and of Manasa/Jaratkaru
Parvati
Development of the Iconography of Parvati in Orissa — The Cults of Gauri, Bhuvaneshvari and Annapurna in Orissa
Shri-Lakshmi
Origin and Development — Forms of Lakshmi — Gaja-Lakshmi in the Temple Art of Orissa — Development of Lakshmi Cult in Orissa
5. Shakta Festivals and Rituals
The Cycle of the Caitra Festivals
Tribal Festivals in the Month of Caitra — Dandanata — Patua Yatra — Jhamu Yatra — Tantric and Tribal Cultural Elements in the Caitra Ordeals — Mahavishuva Samkranti — Vasanti Puja and the Annexed Pot-Worship
The Cycle of the Ashvina and Karttika Festivals
Pitri-Paksha — Divali and Kali-Puja — Durga-Puja and the Sacrifice of the Buffalo — Dashahara and its Links with Durga-Puja
Other Important Shakta Festivals of Orissa
Vaseli-Puja — The Marriage Festival of Shiva and Parvati — Savitri Vrata — Raja Samkranti — Jagulei Pancami — Khudurukuni Osha — Seasonal Festivals Dedicated to Shashthi Devi — Lakshmi-Puja — Sarasvati-Puja
The Tradition of Human Sacrifice in Orissa
Human Sacrifice in Ancient India — Human Sacrifice Among the Tribals of Orissa — Shaktism and Human Sacrifice in Orissa
Conclusion
Black & White Figures
Coloured Plates
Glossary
Bibliography
Index 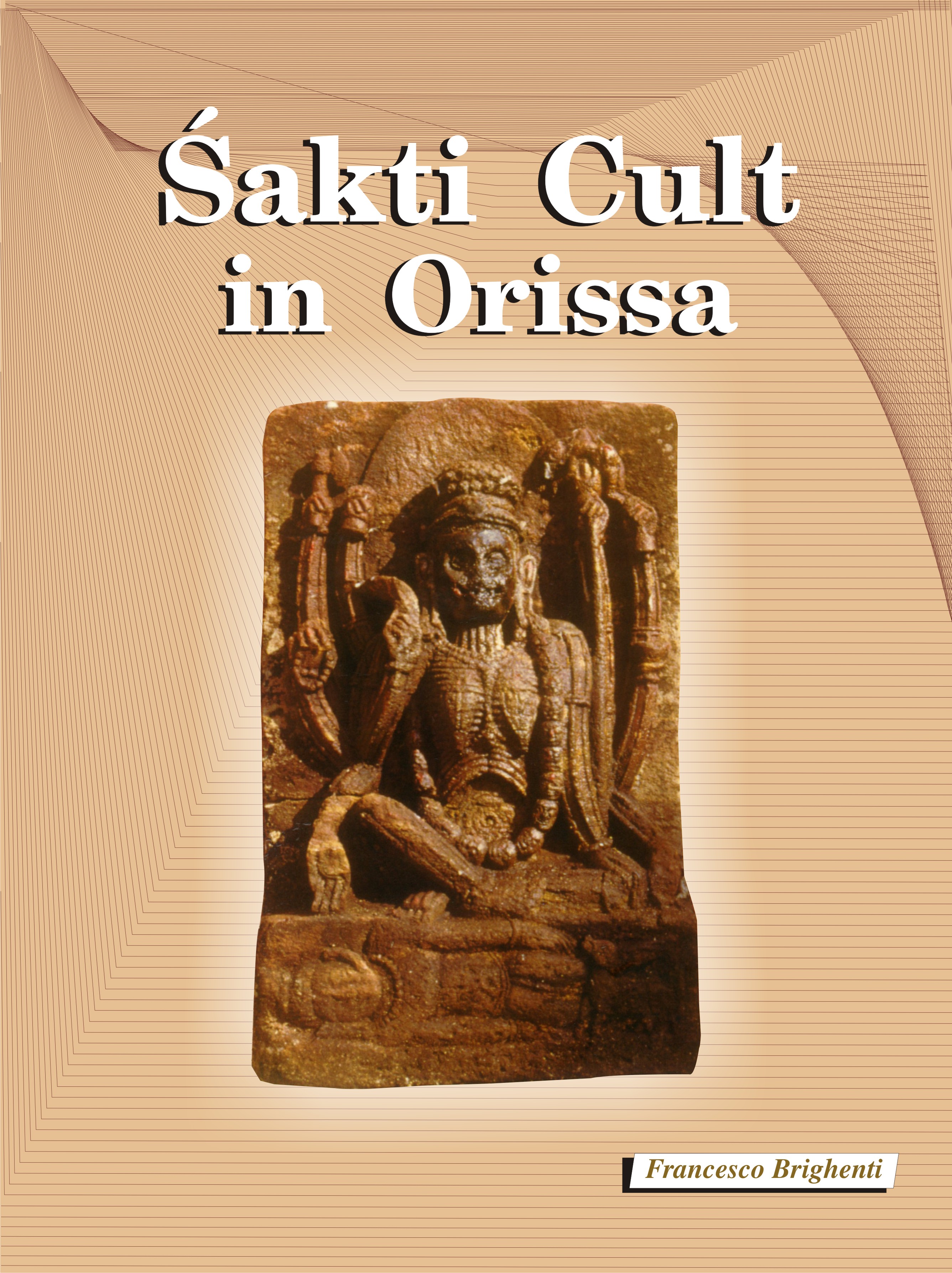