In Felicitation of Prof. P.K. Mishra by: S. Pradhan

Lying on Indias eastern coast, Orissa is the legendary old-world Kalinga. Which, conquered by Ashoka, metamorphosed this terrible triumphant emperor into a compassionate, remorse-stricken votary of the Buddhist faith. Today as ever before, Orissa not just has its share in Indias glorious cultural heritage, but epitomizes its architectural marvels and at once fascinating sculptures, including the erotic figurines frozen in stone. And these are best reflected in Orissas profusely sculptured temples, like the Sun-gods at Konark, Lord Jagannaths at Puri, and Lingarajas at Bhubaneshwar; besides the Jaina/Buddhist rock-cut caves of Khandagiri, Udayagiri and Dhauli. This felicitation volume, occasioned by Professor Mishras retirement, in 1997, from the University of Sambalpur, captures the changing contours of Orissas society, economy, religions, cultural life, and art expressions: from the earliest times to almost the present day. In 29 essays, each authored by an area specialist, the volume embraces diverse specificities from every epoch of Orissan history, focussing notably on its prehistoric painted rock shelters, archaeological remains, ancient maritime activities, major and minor religions, Vaisnavite sculptures, stellate temples, development of education and, besides these, its various tribal, revolutionary and socio-religious reform movements during the colonial rule. Professor P.K. Mishra, (born: 19 Jan. 1937), is a distinguished Orissan historiographer, extensively published author, and scholar with wide-ranging specialized interests. Recipient of two prestigious Senior National Fellowships (of ICHR and UGC), he has also surveyed and documented the monuments in Upper Mahanadi Valley  on a Ford Foundation Project.

24. Collegiate Education in Orissa during the Nineteenth Century
— A.K. Patel
25. Language Crisis in Sambalpur, 1895-1903
— A.K. Mishra
26. The Indian Revolutionary Movement in the Twenties and its Perception of Violence
— A.K. Patnaik
27. Some Aspects of Socio-Economic History of Orissa, 1912-47
— A.K. Kar
28. Contributions of Parlakhemundi Zamindari to the Literary Activities of Orissa
— R.C. Misro
— S.K. Dash
29. Development of Education in the Post-Independence Orissa
— J.K. Samal
Coloured & B/w Illustrations
List of Contributors
Index

S. Pradhan
Sadasiba Pradhan, (born: 16 May 1955), holding Ph.D (Sambalpur), has had professional training in archaeology: both at the Institute of Archaeology, ASI (Archaeologieal Survey of India), New Delhi, and at the Institute of Archaeology, U.C.L., London. A brilliant scholar with varied academic interests that are reflected in the Ph.D/M.Phil dissertations he has guided, Dr. Pradhan himself has been the recipient of the Senior Research Fellowship of the American Institute of Indian Studies, Varanasi (1987). And has also, on a UGC-sponsored research project, surveyed and documented prehistoric Rock Art in Orissa. Currently, Dr. Pradhan is Reader in Post Graduate Department of History, Sambalpur University, Sambalpur, Orissa, and working on Eastern India’s Rock Art and Archaeology. His published work comprises over half-a-dozen books and many more papers.
Books of S. Pradhan 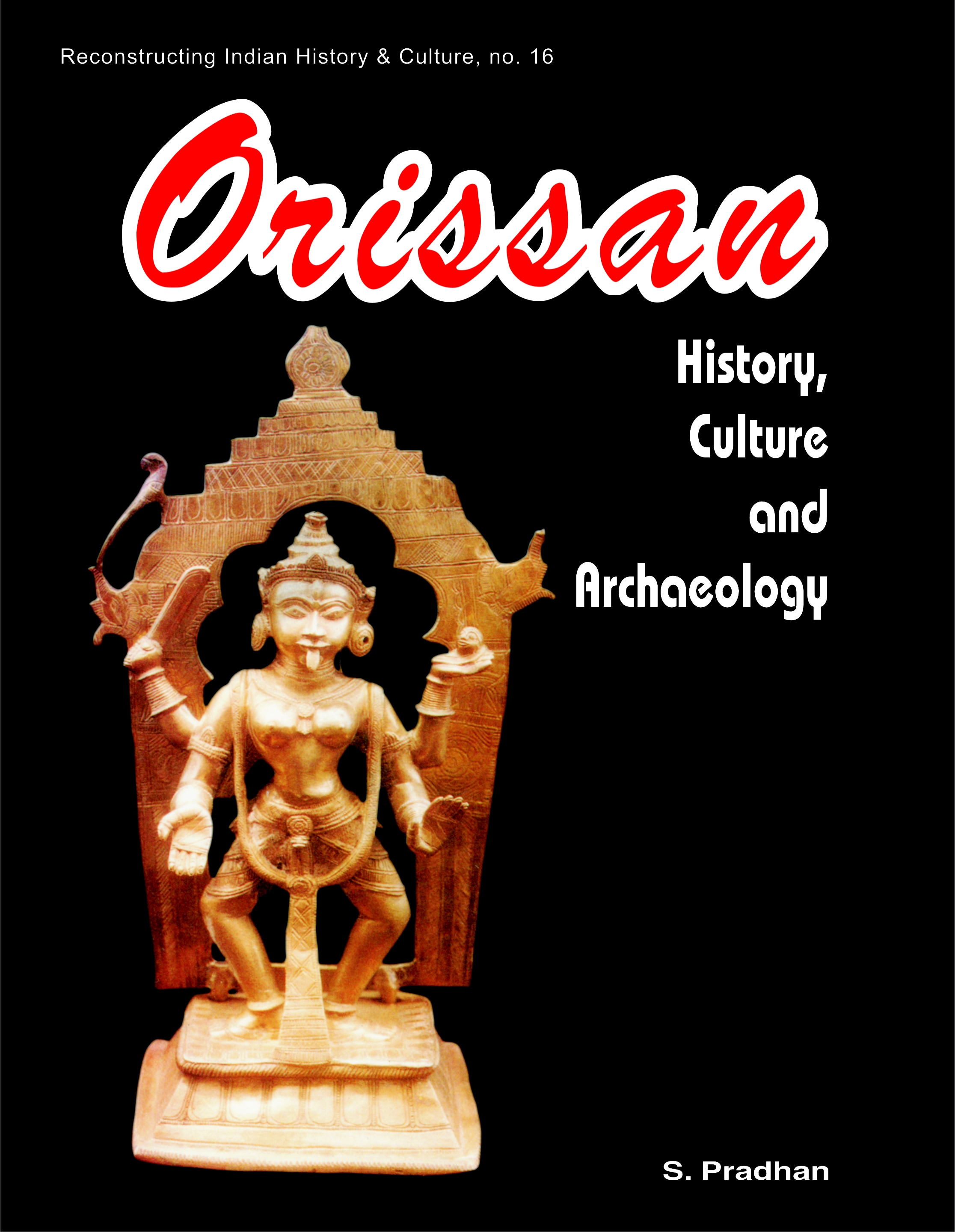