by: B. Sambasiva Prasad

An Interdisciplinary, international journal, GITAM Journal of Gandhian Studies focuses on Mahatma Gandhi as one of the persona gratissima of modern age Þ his thought and practices, his ideas and their applications, peace and nonviolence. It publishes research papers; critical, constructive and scholarly reviews and discussions, etc.

Gitam Journal of Gandhian Studies is an interdisciplinary, international journal of Gandhian thought and practices, peace and non-violence. It publishes articles on Gandhi, his ideas and their application in the context of real-world problems and their resolution, ranging from rural development to global peace and from personal transformation to social change. It covers among other areas politics and public welfare, philosophy and values, education and personal growth, non-violence and conflict resolution. The Journal encourages critical, constructive and scholarly reviews and discussions with the goal of understanding the relevance and application of the Gandhian concepts and models.
In addition to research papers, the Journal publishes book reviews and readers comments, review articles of seminars and conferences, as well as calendar of events worldwide relating to Gandhi, non-violence and peace appear regularly in the Journal. 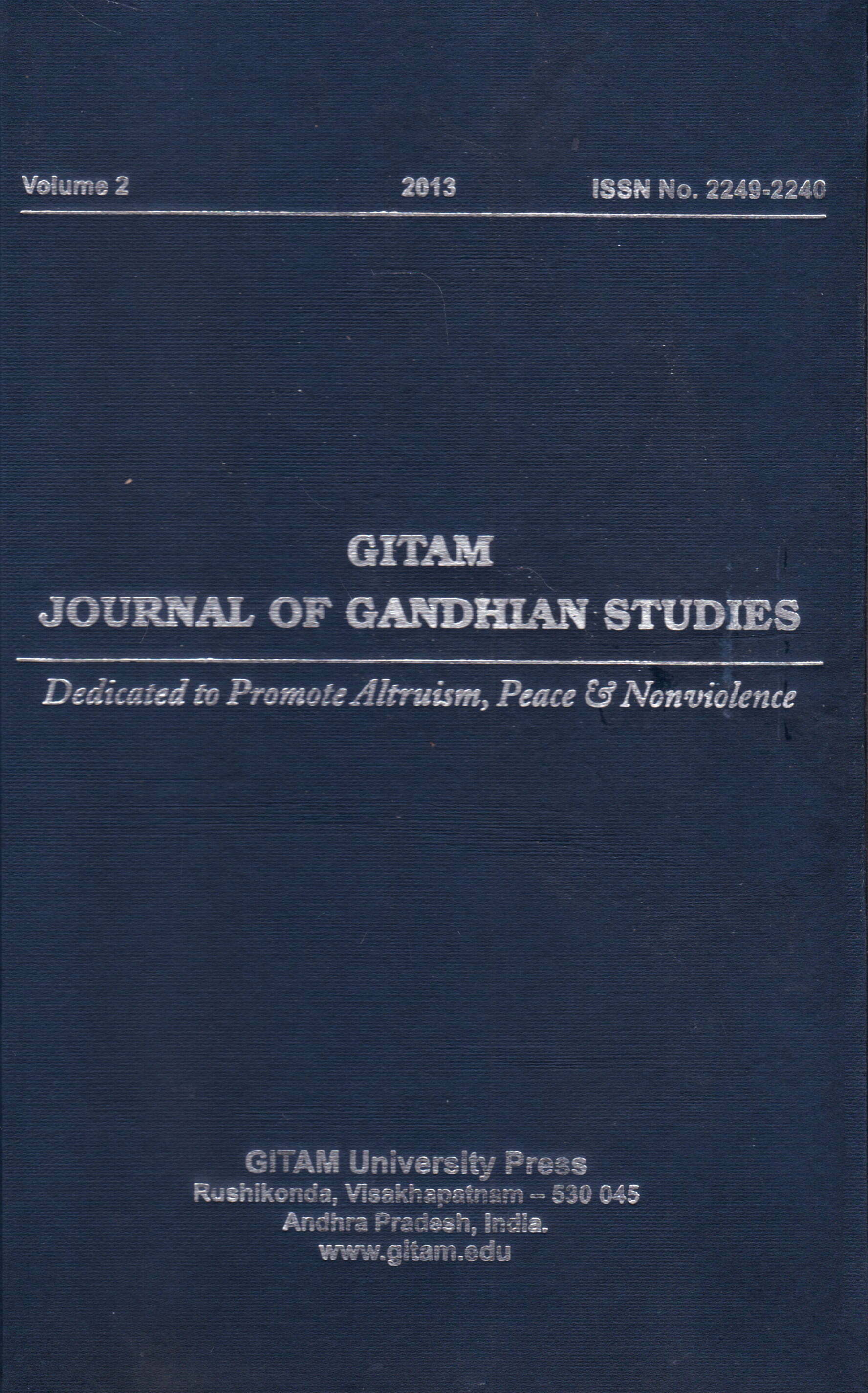 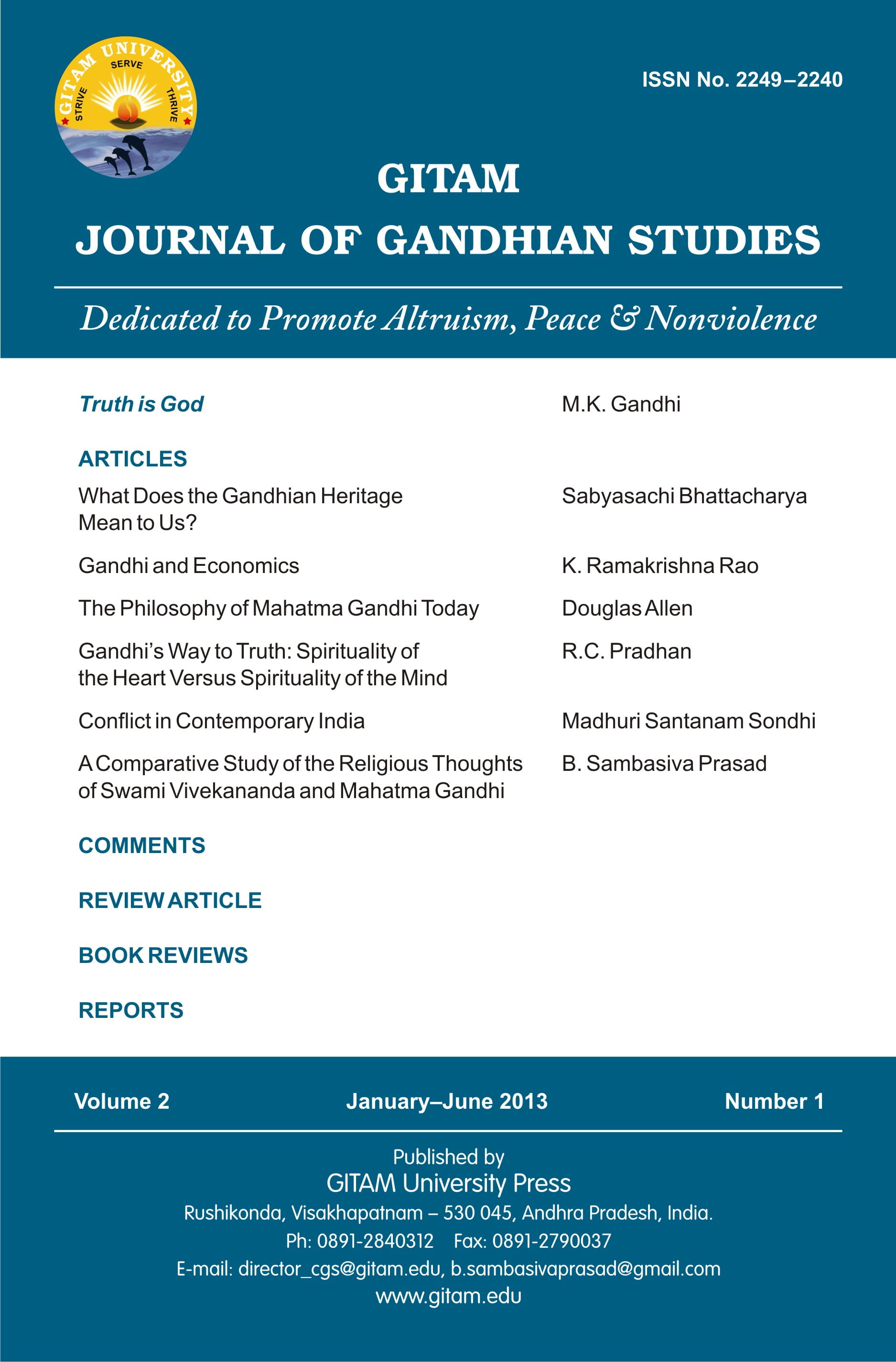 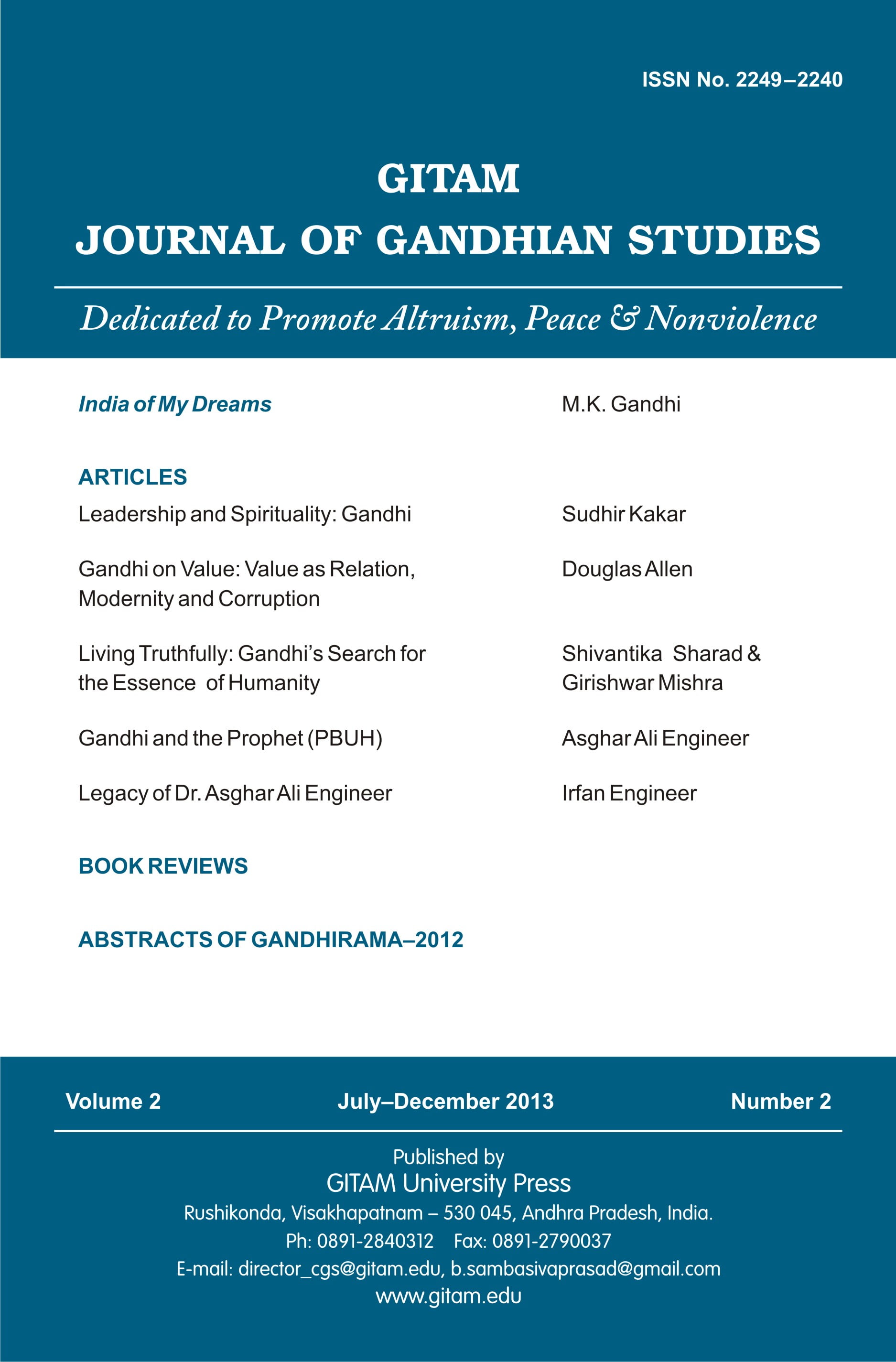 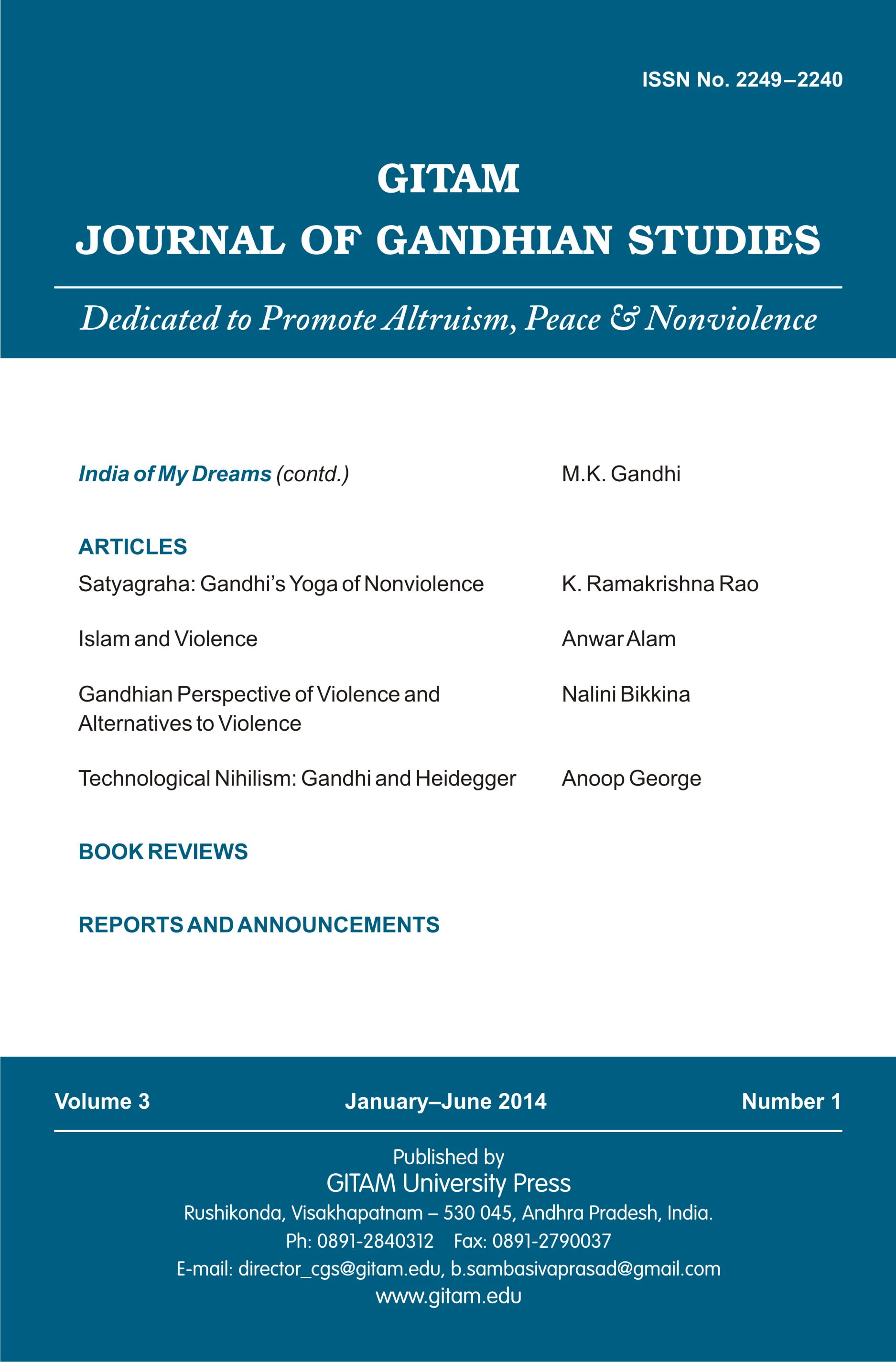