This fourth volume in Sanskrit Studies from JNU encompasses a vast range of Sanskrit disciplines including language, literature, grammar and philosophy of Sanskrit, and related disciplines like Pali, Prakrit and Apabhramsha studies, both traditional and modern subjects, showcasing the profound views of erudite scholars from India and abroad.

The fourth volume of Sanskrit studies (2015) is a consecutive publication of the Special Centre for Sanskrit Studies, Jawaharlal Nehru University. This publication from JNU is intended to throw the light on vast range of Sanskrit studies such as language and literature of Sanskrit, Grammar and linguistics, Vedanta and other ancient Indian Philosophies, Poetics, Dramaturgy, Historiography of Vedic Age, Purana and Dharmashastra, etc.
This anthology presents the profound views of experienced and young scholars from India and abroad. It addresses both traditional and modern systems prevailed in the area of Sanskrit Studies. Sanskrit is the source of great inspiration and treasure house of various knowledge systems. Its literature has spread the universal brotherhood and sustainable human relations in the world. Therefore Special Centre for Sanskrit Studies determined to bring out this publication in the field of Sanskrit Studies on vast range of Sanskrit disciplines which cover not only Language, Literature, Grammar and Philosophy of Sanskrit, but also the related disciplines such as Pali, Prakrit and Apabhramsha studies.
The seventeen articles in this volume  fourteen in English and three in Sanskrit  cover topics such as Champa in the Global Vision of Classical India; Kashmirs Contribution to Sanskrit Literature; Concept of Nirvikalpaka and Savikalpaka; Reconstructing Abhiramamani; Legend of King Nimi and Uttarakanda of Valmiki Ramayana; A Dense Definition of Rupaka; Abduction and Marriage in Ithihasa and Purana; Problem of Iron in Rigvedic Society; Ancient Indian Methodology of Authoring Textbooks; Bana: A Histographer; Vedantadarshne Brahmasvarupam; among others.

C. Upender Rao
Prof. C. Upender Rao at present is the Chairperson of Special Centre for Sanskrit Studies at JNU, New Delhi, India. He is engaged in teaching and research of Sanskrit and Pali languages and literatures in Special Centre for Sanskrit Studies. He wrote various scholarly articles in Sanskrit, Hindi, Telugu and English. He was presented the Kadambari Award, Delhi Gourav Samman, Samskrita Seva Samman and Vidya Sagar Award. His research papers have been published in various reputed journals in India and abroad and he has authored/edited 15 books. He was the visiting professor in National University of Keiv Mohyla Academy, at Keiv, Belarusian State University, Minsk, and L.N. Gumilyov Eurasian National University, Astana, Kazakhstan, where he taught Sanskrit language and Vedic and Buddhist philosophies. Prof. Rao held various administrative positions and he is a member of Jury of World Sanskrit Award, ICCR, Government of India and executive, court and academic councils of JNU, India.
Books of C. Upender Rao 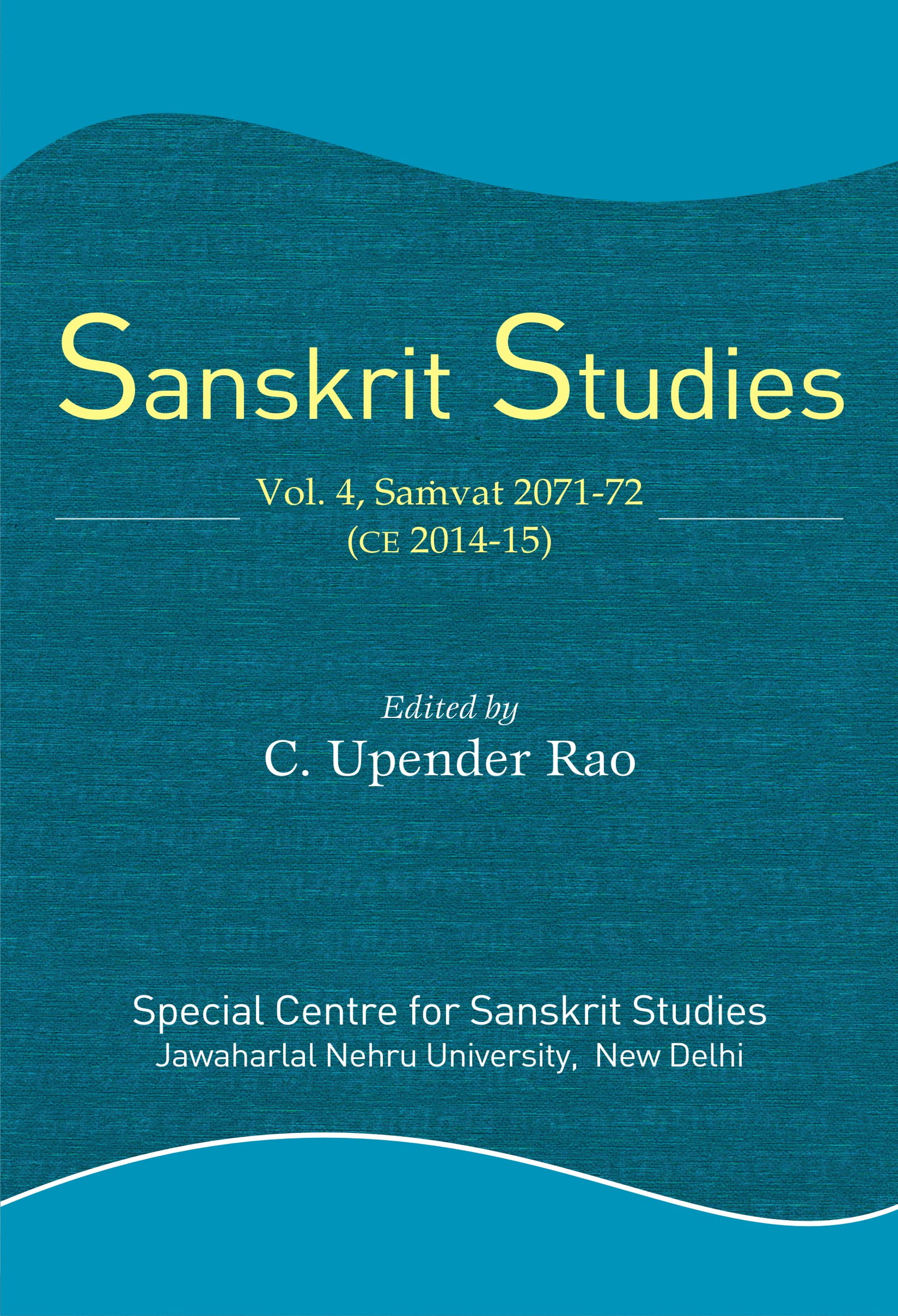