This book contains the rare Rudradhyaya of the Shankhayana Sakha of the Rigveda which has been preserved and recited by the Nagara brahamanas of Banswara district in southern Rajasthan. This edition gives an exposure to the most superior form and tradition of recitation, since till only Rudradhyaya of Shakala tradition was available in print now.

During Shiva worship, Nandi worship and other Shaiva rituals, the recitation of Rudradhyaya has been essential in both Shrauta and Smarta traditions. Any person reading and reciting traditionally a particular branch of the Vedas should also necessarily recite the particular Rudradhyaya as assigned to that particular branch.
Till today only Rudradhyaya related to the Shakala Samhita of the Rigveda was available. For the first time a Rudradhyaya from Rigveda of Shankhayana Shakha, which has been preserved and recited by the Nagara brahmanas of Baaswara district, in southern Rajasthan is being published.
This edition of Rudradhyaya is superior in many aspects than the ones available earlier as this gives an exposure to the most superior form and tradition of recitation.

Prakash Pandey
Prof. Prakash Pandey, the editor and translator of a rare Rudradhyaya, is a renowned scholar in Veda, Tantra, Shaivism, philosophy and ancient scripts. He has authored and edited many interesting publications like Kalipujapaddhati, Mudravimarsha, Vrddhsvachandasamgrahatantram and Sanketakaumudi. Apart from this Prof. Pandey has also edited Merutantra, Kavyaprakasha ki Shitikanthavibhodanatika and Adbhutasagara. He is also engaged in translation and editing of a unique grantha Bodhatavi (on astrology) written in Sharada script prevalent in the in Punjab and Kashmir. Prof. Pandey’s research style on classical literature presents him as an expert scholar in traditional and modern studies. He is presently serving as Principal of the Rastriya Sanskrit Sansthan, Garali (Himachal Pradesh).
Books of Prakash Pandey 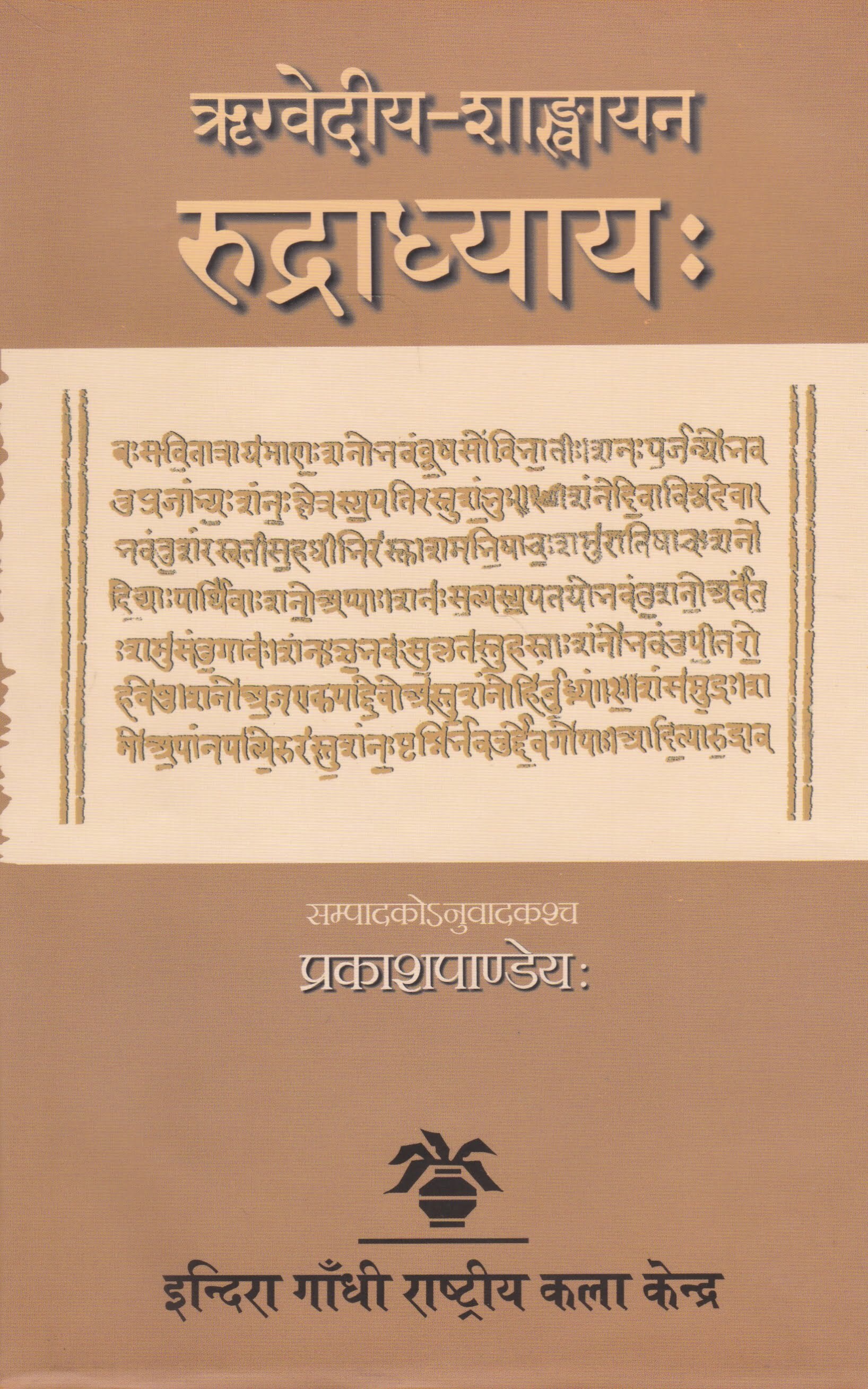