A Critical Study and Its Relevance in the Modern Times by: Asha Rani Tripathi

Manu-Smriti is one of the most coveted and popular works of ancient India. It comprises codes that are needed for an ideal, peaceful and harmonious society. The entire Manu-Smriti revolves around the Vedic concept of rita or dharma. The concepts of purusharthas, ashramas and varnas have their roots in dharma. These concepts were meant to make the life of every member of the society fruitful and purposeful. The codes prescribed by Manu became an authority on ancient laws and were put in practice. The scholars working in different fields of sociology, religion, philosophy, ethics, ancient laws and politics are bound to consult Manu-Smriti for some reason or the other.
The present book is an effort to bring together all scattered materials related to different topics contained in Manu-Smriti. The book also aims to diffuse many of the doubts related to certain topics contained in Manu-Smriti, for example, status of brahmana, shudra and woman. The analysis of topics such as human values, raja-dharma and Manus codes on crime and punishment has been presented in this book in a lucid style. All these topics bear great relevance even in modern times. The volume tries to maintain the originality of Manus concepts through rational and honest approach. The book also includes few modern subjects like economics, ecosystem management and biodiversity conservation that have been dealt by Manu in a scientific manner.
This book will benefit all those who want to know about the rules and practices that governed our ancient history, pertaining to all the aspects of human life.

Acknowledgement
Scheme of Transliteration
Abbreviations
Introduction
A Brief History of Vedic Literature
Manu-Smriti and Other Smritis
History of the Text of Manu-Smriti and Its Relation to Other Texts
A Debate on the Existing Controversy on Manavadharmashastra
Relation of Manu-Smriti to Mahabharata and Arthashastra
Time of Manu-Smriti
The Content of Manu-Smriti
Commentaries on Manu-Smriti
1. Dharma and Manu-Smriti
Meaning of the Word Dharma
Changing Form of Dharma in the Vedas, Upanishads and Brahmanas
Nature of Dharma
Special Features of Dharma
Dharmas Pertaining to Four Ashramas of Human Life
Practical Approach to Dharma
Nature of Apad, Prayashchitta and Sadharana Dharma
Role of Rituals and Yajnas in Human Life
Importance of Four Purusharthas
The Sources of Dharma
2. Human Values and Manu-Smriti
Meaning of the Word Value
Indian Concept of Values
Concept of Rita in Manu-Smriti
Significance of Values in Human Actions
Manus Practical Approach to Value System
Value as an Instrument for Improving the Quality of Life
Relevance of Manus Idea of Human Values in Modern Life
Importance of Human Values for Maintaining Global Harmony
3. Manus Treatment of Brahmanas
Ethos of Indian Culture
Nature of the Class Division of the Society during Vedic Period
Classes and Castes during Smriti Period and Justification for the Change
Place of Brahmanas in the Society
Conditions for Getting Brahmanahood
Special Privileges Given to Brahmanas in Dharmashastras and Manu-Smriti
Role of Brahmanas in Elevating the Society
Reasons for Granting Special Privileges to Brahmanas and Their Nature
Role of Brahmanas in Governance and Administration
Severe Punishment Prescribed for Brahmanas
Atatayi Brahmanas
Analysis of the Whole Concept Related to Brahmanas
4. Raja-dharma and Manu-Smriti
Evidences of Monarchy in Vedas and Dharmashastras
The Origin of the King
Nature of Kingship
Qualifications Desired for a King
Construction of Durgas
Art of War
Diplomacy and Protection of Boundaries
Appointment of Ministers and other Officials
Statecraft
5. Manus Codes Pertaining to Punishment
Concept of Welfare State
Theory of Matsya-Nyaya: Its Nature and Repercussions
How to Prevent Matsya-Nyaya?
Nature of Danda
Why Do We Need Danda
Creation of a Trouble-free Society
Role of Punishment in Maintaining Peace and Order
Who May Have the Power of Inflicting Punishment?
Points to Be Taken Care of at the Time of Punishing Someone
Code of Punishment
Importance of Law and Its Implementation
Imposing Fine for Certain Types of Crime
Who Are Liable to Be Punished?
Acts Disturbing Public Life a Crime
Protection of Ecosystem
Protection of Human Rights
Types of Crime and Punishment
Reasons for Inflicting Harsh Punishments
Relevance of Manus Penal Codes in Present-day Social Challenges
6. Concept of Shudras in Manu-Smriti
Class and Caste in Vedas and Dharmashastras
Purusha-Sukta and Other References
Shudras in Early and Later Vedic Period
Evolution of Shudra Concept: An Analysis
Reasons for Including Shudras in Class System
Kings Degraded as Shudras
Concept of Anarya
Status of Shudras
Social Privileges of Shudras
Means and Methods for Improving Status
Shudras and Brahmanahood
Rationality of Caste System
7. Status of Woman in Manu-Smriti
Women in Vedic Period
Women in Brahmana and Upanishadic Periods
Pleasant Picture of Woman in Manu-Smriti
Institution of Marriage
Relation between Man and Woman
Life of Woman after Marriage
Controversial Remarks in Manu-Smriti
Woman as Mother
Widow Remarriage, Niyoga and Childless Women
Stri-dhana
Provision of Putrika
Punishment for Crime against Women
Conclusion
8. Manus Concept of Prayashchitta and its Significance in Maintaining Harmony and Peace
Meaning of Peace and Harmony
Definition of Prayashcitta
Modes of Prayashchitta and Its Relation with the Theory of Karma
Prayashchittas for Different Crimes
Type of Diet vis-á-vis Crime
Practical Approach to Prayashchitta
9. Seeds of Modern Economics in Manu-Smriti
Place of Wealth in Indian Tradition
Varta in Manus Perspective
Components of Economic Growth
Agriculture
Labour
Capital
Banking
Moneylending
Trade and Industry
Revenue and Taxation
Conclusion
10. Codes for Biodiversity Conservation and Ecosystem Stability
Man as a Member of Biological Community
Ecosystem Stability
Codes for the Exploitation and Protection of Plants
Codes for Soil Conservation
Eco-friendly City Planning
Protection of Water Bodies
Protection of Animals
Conclusion
Conclusion
Bibliography
Index 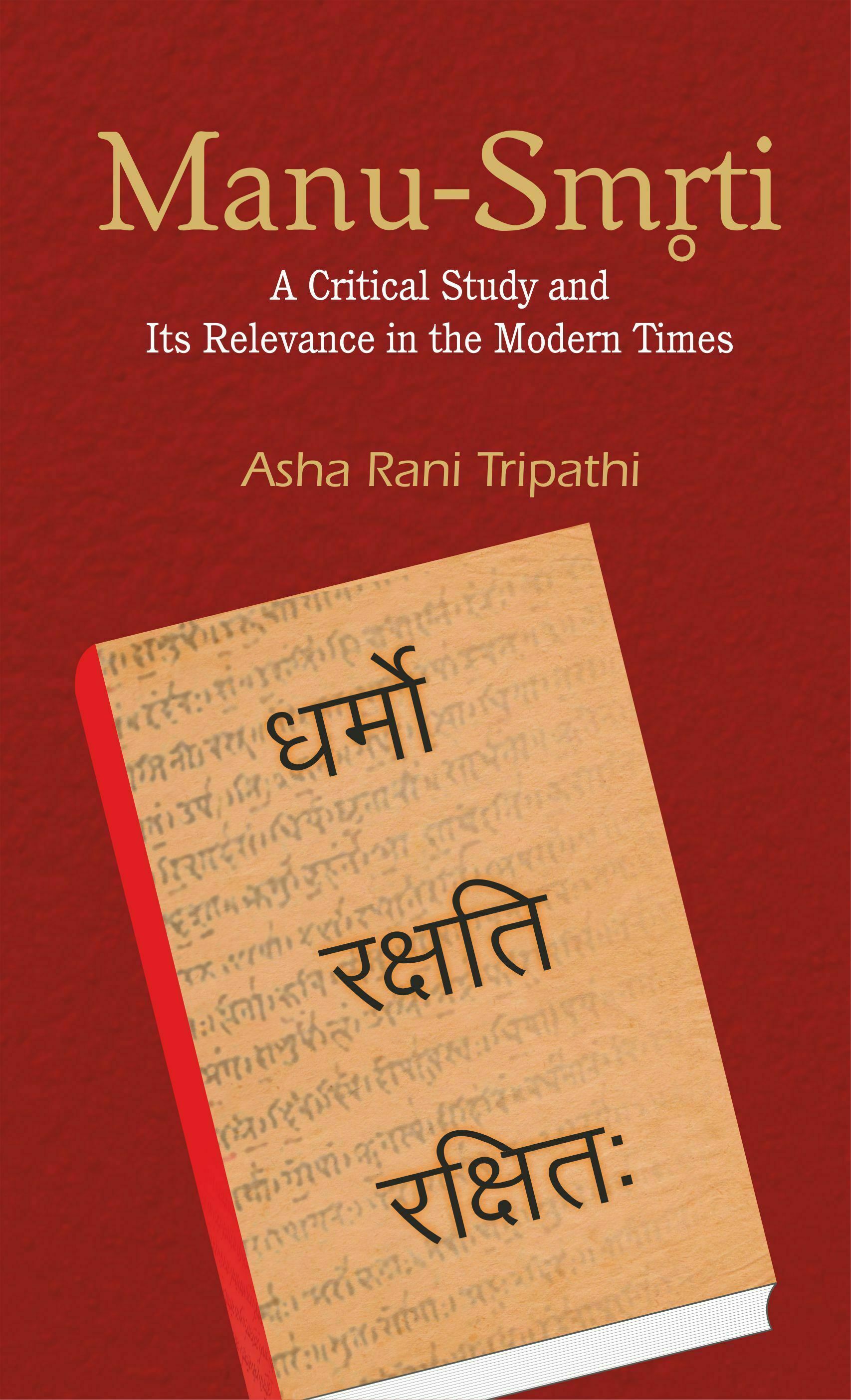