With Special Reference to Mathura by: Virendra Kumar Sharma

The book deals with the beginnings of Jainism and its doctrines and beliefs, its spread and preachings of the tirthankaras as well as its contribution to Indias culture and art heritage. Based on original sources and with numerous illustrations, it focuses upon Jainism in the specific context of Mathura.

As one of the worlds major religions, founded on the spiritual principles of ahimsa (non-violence), truth, and righteous conduct, Jainism has today 2,600 years of a splendid living tradition  with a well-defined worldview, metaphysics and code of ethics. A leading scholar, V.K. Sharma here presents an altogether fresh, pan-Indian historical survey of this great religion, spelling out its beginnings, antiquity, doctrines, tirthamkaras, country-wide spread and, among other aspects, its contribution to Indias culture and art heritage  in all its varied manifestations. In the latter part of the book, the author comes to focus upon Jainism in the specific contexts of Mathura  one of Indias ancient cities, which not only is venerated as the legendary birthplace of Lord Krishna, but is also famed as an eminent centre of Brahmanical, Buddhist and Jaina art. Thus shows Dr. Sharma how this principal Vaishnava centre today had been a stronghold of Jainism: from c. second century bc to about eleventh century ad; how it has contributed to Jaina canon, literature and iconography; and how in Mathura is traceable the centuries-long, unbroken history of Jaina plastic art. Setting out a panoramic view of Jaina architecture, sculptural art, and socio-religious life over the ages, specially in the sacred city of Mathura, this study is based on wide-ranging authoritative sources and supplemented by a number of highly representatives illustrations. Virendra Kumar Sharma
1931
V.K. Sharma, Agra University’s Ph.D (History) is a reputed scholar with varied academic and research concerns - which are abundantly reflected in his writings. Besides the co-authorship of Terracotta Catalogue of Mathura Museum (published in AD 2000) and his numerous presentations at regional/national/international seminars and conferences, he has published articles on varying themes in different print media and has, in addition, produced biographical profiles of eminent Indian personalities for certain reputed journals as well as books. Currently, he is working on “The History of Mathura” - a project whereupon he has already expended over a decade-long research effort. Having taught at several colleges affiliated to the universities of Panjab and Agra for about thirty-five years, Dr Sharma retired as Head, Department of History, K.R. Post-Graduate College, Mathura.
Books of Virendra Kumar Sharma 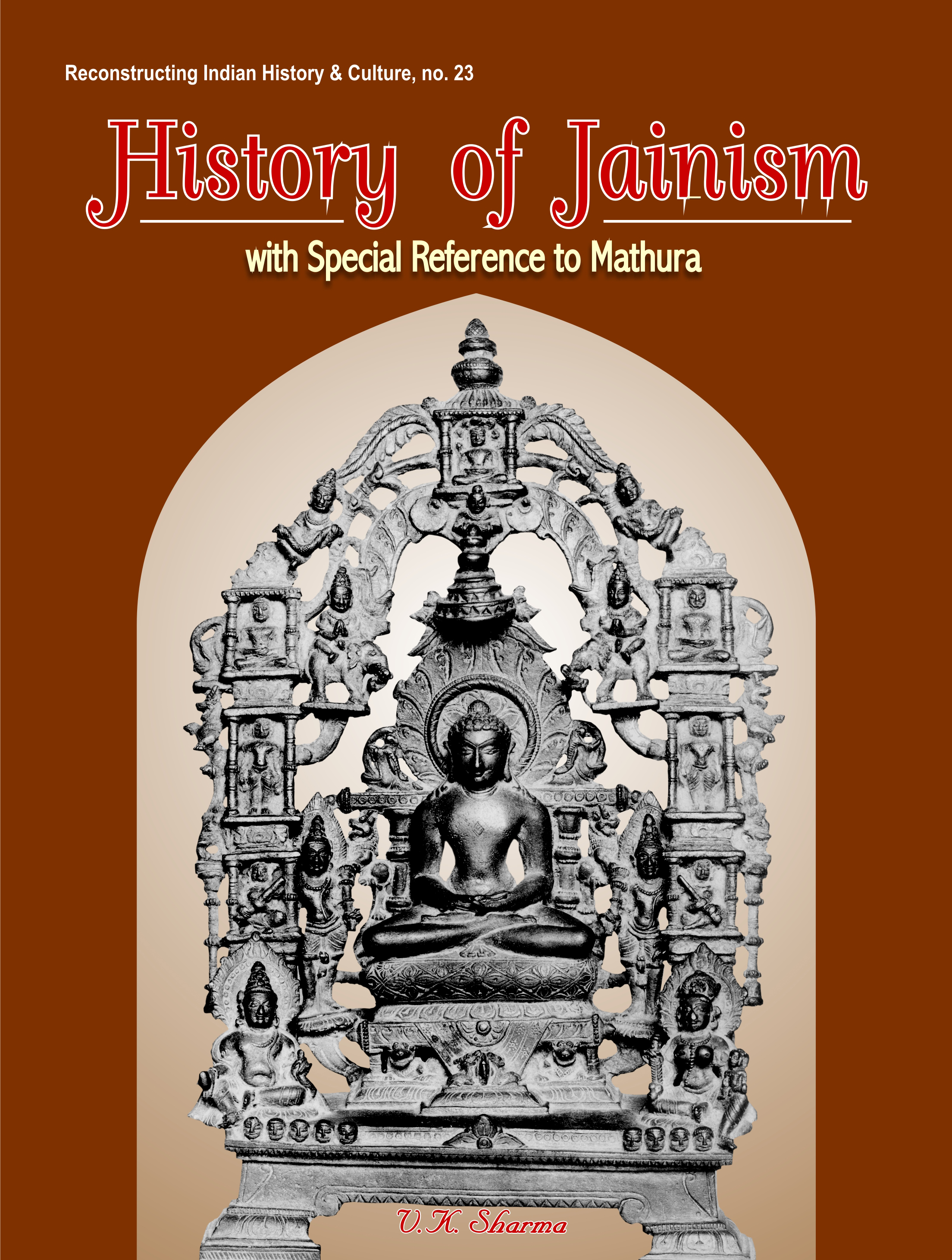